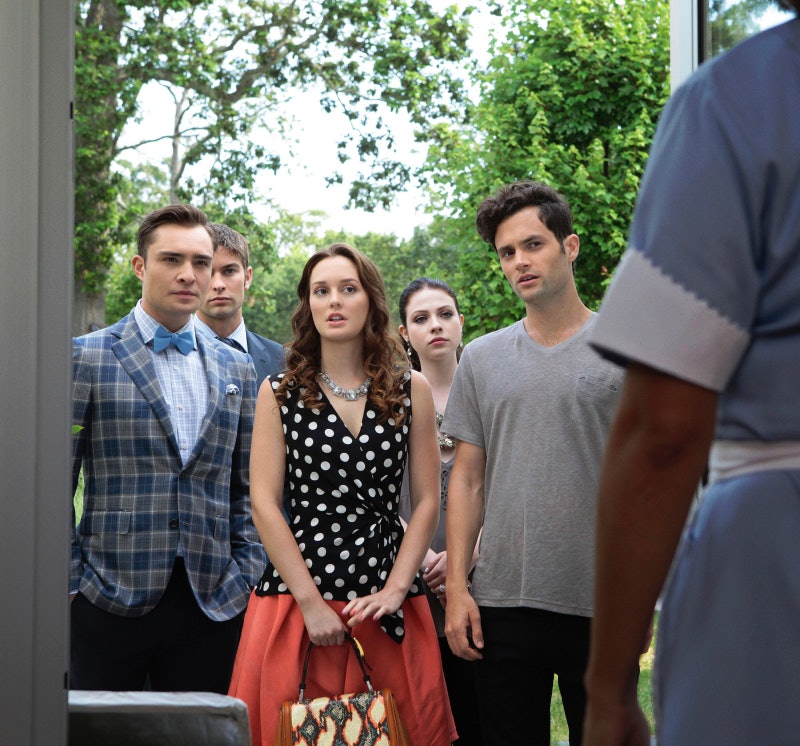 Hey there, Upper East siders. It’s been nearly 15 years since Gossip Girl first premiered, but all these years later, the hit teen drama is somehow just as relevant as it once was. In fact, it just might be more timely than ever, since a continuation of the hit CW series is on its way to HBO Max. Now, in honor of one of the biggest snitches in TV history, it’s time for a little payback. Aren’t you curious about what really went down behind the scenes of Gossip Girl? Well, you’re in luck, because there are plenty of Gossip Girl secrets still to whisper about, so get ready for a blast from the past:

They say life imitates art, and this sentiment is definitely true when it comes to this iconic teen drama. While Serena, Blair, Chuck, and the rest of the Upper East Siders were getting into upscale shenanigans onscreen, the actors who played them and the people who created their world had their own set of issues to deal with. From problems with relationships (or lack thereof) to rogue actors acting up, there were plenty of real-life moments that could have rivaled the storylines that were cooked up for audiences.

No, there weren’t any cases of fake cancer or con artists posing as family members (that we know of), but hey, some forms of drama really can only exist on a CW show. You know you love it.

Serena (Blake Lively) and Blair (Leighton Meester) were definitely frenemies from time to time, but their relationship veered much more toward the "friends" side than "enemies." As it turns out, the same did not apply to Lively and Meester, who kept their relationship strictly professional. In an interview with Vanity Fair, executive producer Joshua Safran spilled on the deets of their working relationship. “Blake and Leighton were not friends,” he said. “They were friendly, but they were not friends like Serena and Blair. Yet the second they’d be on set together, it’s as if they were.

However, even though Lively and Meester weren’t close, there was no bad blood between them. "We were all chill. It was cool," Michelle Trachtenberg, who played sh*t-starter Georgina Sparks from Seasons 2 to 6, said in the same VF article.

And they were roommates! (Sorry, it’s still my favorite Vine.)

When the cast started filming Gossip Girl, Westwick and Crawford decided to live together in Chelsea, a popular neighborhood in New York. "Initially Ed and I became roommates here in New York because we didn’t know if the show was going to last or not," Crawford told Interview in 2009. Aww, how sweet and naïve. By the time of his interview, the show was definitely a success and the roomies had moved out into their own places.

3. Most Of The Gossip Girl Cast Was Hooking Up

I guess that’s what happens when you have 30 super attractive people all in one place. Throughout Gossip Girl‘s six-season run, pretty much every cast member dated another cast member at some point or another, but unfortunately, none of them lasted forever. Dan and Serena’s onscreen relationship traveled offscreen when Penn Badgley and Lively began dating; Meester hooked up with Sebastian Stan (who played bad boy Carter Bazien); and Westwick and Jessica Szohr (Vanessa) got together. At one point, Matthew Settle and Kelly Rutherford, who played married couple Rufus and Lily, were even rumored to be dating.

Badgley and Lively dated from 2008 to 2010, during Gossip Girl‘s first two seasons. But it’s a little unclear when, exactly, they broke up, because the actors kept their split a secret from the show’s cast and crew (and social media was barely a thing back then). Safran told Vanity Fair:

While Badgley and Lively’s breakup destroyed my heart at the time, I’ve since come around to the idea that splitting was the right decision. I mean, who would want to get in the way of Lively’s picture-perfect marriage to Ryan Reynolds?

Remember sweet Little J (Taylor Momsen) in Season 1? Well, by the end of Season 2, that girl had been replaced by a hard-edged young woman with raccoon eyeliner. According to casting director David Rapaport, Jenny’s dark transformation was informed by Momsen’s offscreen behavior, which came as a total surprise to the show’s cast and crew. Rapaport told Buzzfeed in 2015 that Momsen’s "goth side" had yet to come out when she was initially cast on the show:

Yeah, you could say that Jenny’s character "took a turn" over the course of Gossip Girl.

6. Taylor Momsen Had As Almost As Much IRL Drama As Her Gossip Girl Character

If the cast and crew didn’t know how to react to Jenny’s onscreen transformation, they must have been even more surprised by Momsen’s offscreen changes. After Jenny was sent to live with her mom in upstate New York in the Season 3 finale, Momsen’s character scarcely appeared in Season 4. Rumors began flying that the actor was "unreliable and erratic" on set, and guest actor Tim Gunn (who played himself in a Season 4 episode) even called out Momson for her behavior.

In an interview with E! News, Gunn said Momson was a "diva" and had a bad attitude while they were on set together. "She was pathetic; she couldn’t remember her lines, and she didn’t even have that many. I thought to myself, ‘Why are we all being held hostage by this brat?’" he said. "She annoyed the entire crew."

Ultimately, Momsen was put on an "indefinite hiatus" by Gossip Girl producers during Season 4 and she wasn’t seen again until the series finale. In 2011, Momsen told Elle that she’d quit acting to focus on her band, The Pretty Reckless, which she still tours with today.

7. Penn Badgley Did *Not* Like Being On Gossip Girl 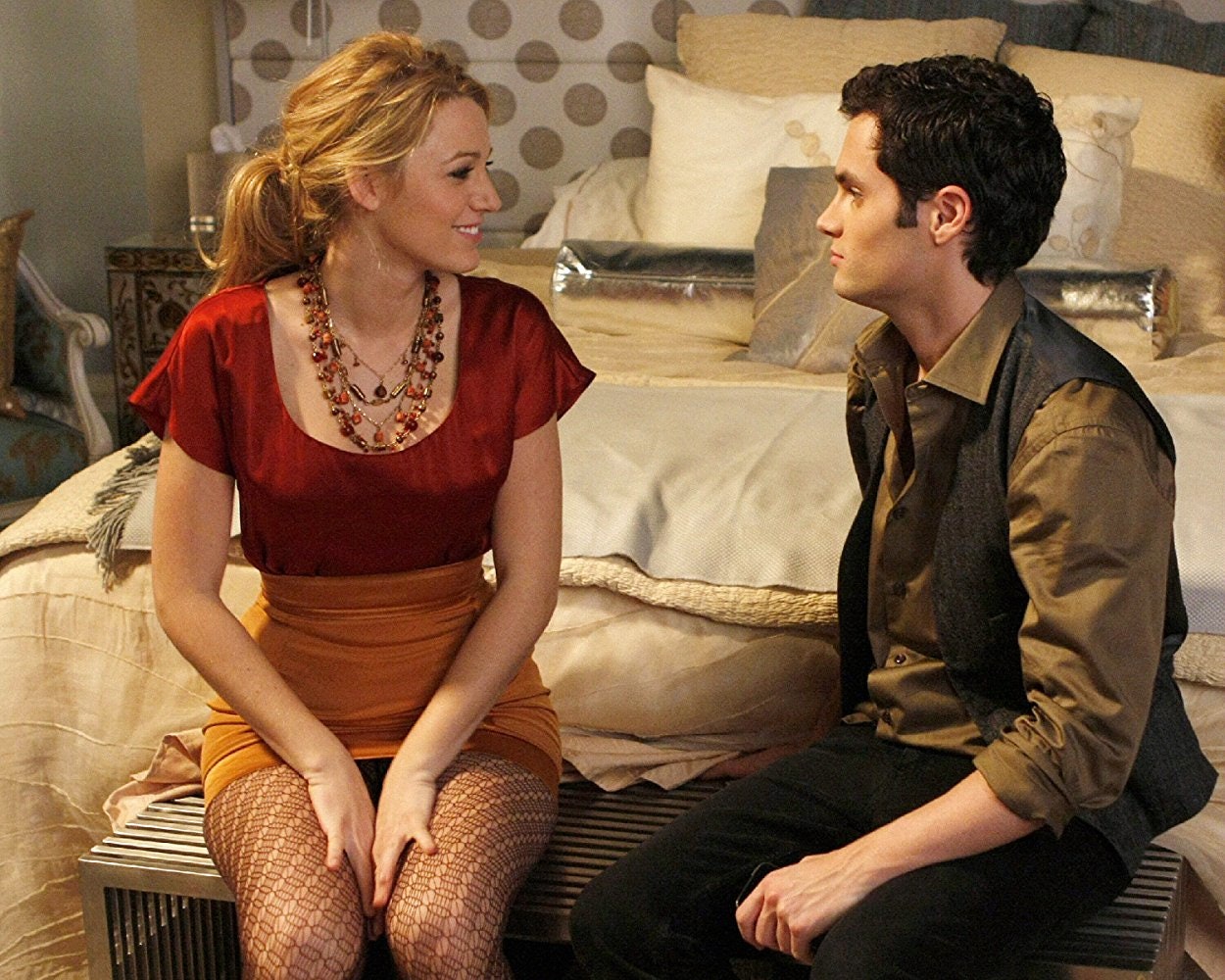 Many actors experience growing pains after appearing on a show for six seasons, but apparently no one in the Gossip Girl cast felt them as acutely as Badgley. The actor hasn’t been shy about throwing shade at the show that made him famous. In 2013, he described the series to The Guardian as "an endurance test of all kinds." That same year, while promoting the film Greetings From Tim Buckley, Badgley threw further shade in an interview with Salon:

Badgley’s feelings weren’t a secret to the show’s producers. “Penn didn’t like being on Gossip Girl…but he was Dan. He may not have liked it, but [his character] was the closest to who he was,” Safran told Vanity Fair.

8. The Show Experienced Its Own Gossip Girl-Style Hack

While filming Season 4, Gossip Girl producers were shocked to see that entire episode scripts and other secrets from set were turning up online. After hiring a private investigator to figure out what was going on, Safran and the other producers realized that they were the target of a hacker. He explained to Vanity Fair:

Of course the Gossip Girl set had its own Gossip Girl. Seems a little bit like karma, doesn’t it? XOXO.

This article was originally published on June 3, 2018