Alex Jones, 42, and her husband, Charlie Thomson, welcomed another baby boy into the world, named Kit, back in May.

And the couple certainly appear to have nailed family outings as a four as they spent the day out together yesterday.

Alex shared a series of images to her Instagram story as they enjoyed being outside at a country fair.

In one image, Alex captured her husband playing a rubber duck fishing game with their eldest son, Teddy, two.

Ted having a moment

In another, The One Show host revealed Charlie was about to play some archery in the countryside surroundings.

A third image Alex uploaded saw her pose with her spouse whilst holding little Kit in a papoose.

The Welsh presenter had one hand on Kit and another on the buggy, where Teddy was seen hiding his face.

Alex wrote on the picture: “Ted having a moment.”

Earlier this month, Alex gave her Instagram fans an update on life as a mum-of-two.

She took to Instagram to open up on her sleep deprivation and said: “For once, Kit and Teddy are actually sleeping at the same time.” 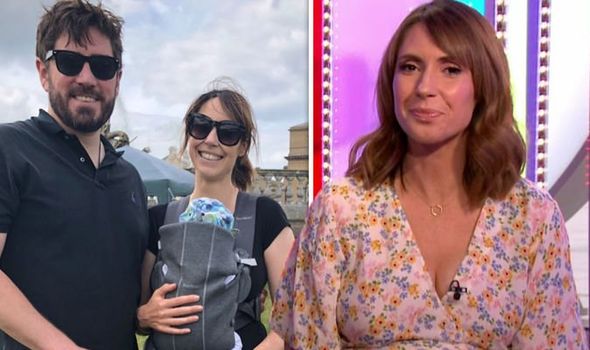 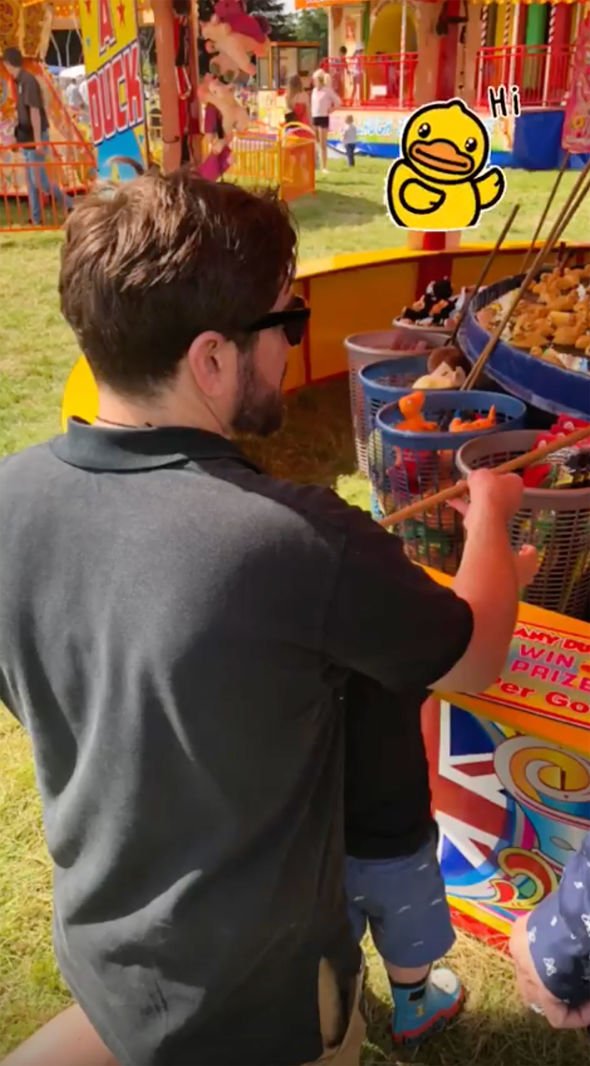 “So, I’ve been looking at sunscreens for about half an hour.”

“I think it’s what they call Sod’s law,” she sighed exasperatedly.

The star has been away from The One Show on maternity leave, with guest presenters stepping in to fill her role.

But fans of Alex will be overjoyed she will be back on TV in a new series of Shop Well, For Less? on Wednesday. 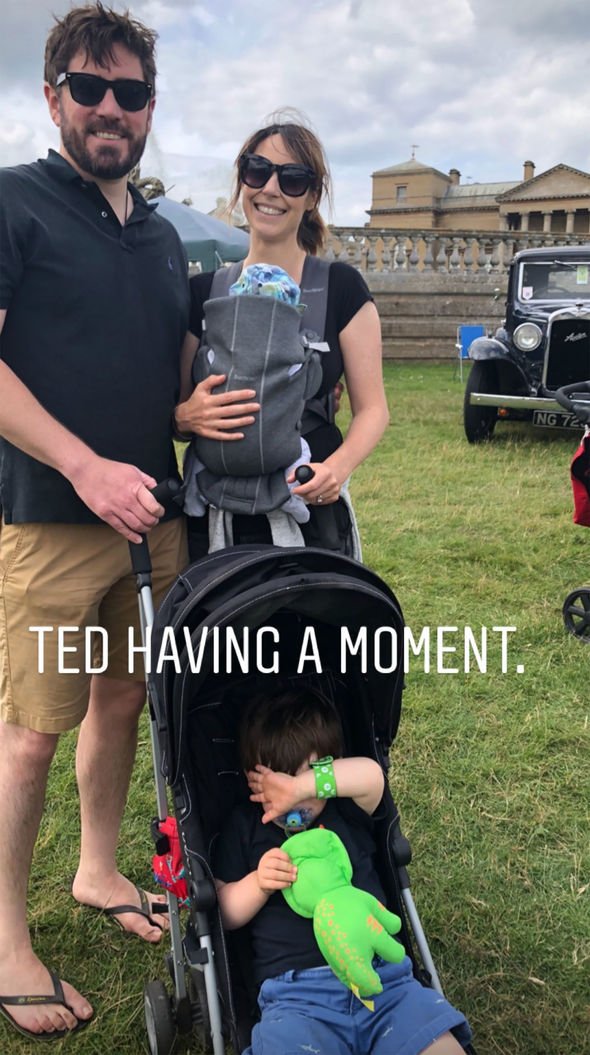 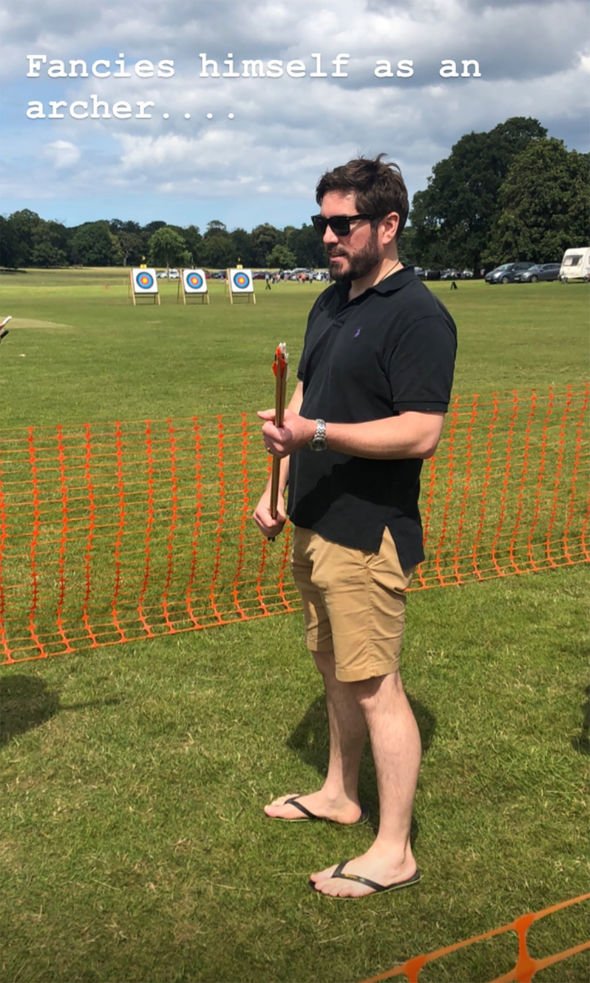 The host fronts the programme with BBC Breakfast business reporter, Steph McGovern, who recently announced she is pregnant.

Alex uploaded a video of the trailer to her Instagram, along with the caption: “New series alert!!! Steph and I will be back on your telly next Wednesday night the 24th at 8pm for @shopwellforless Here’s little taster……”

In the video, the voiceover said: ”Alex and Steph are back to tell you that big bands aren’t always the best option.

“Savvy shoppers this way, Shop Well For Less? on BBC One.”

The One Show airs weekdays on BBC One at 7pm.