Alex Rodriguez’s oldest daughter is taking a big step toward independence. She’s preparing to get her driver’s license, causing the former MLB star to get nostalgic at how quickly Natasha is growing up.

It is a time all parents look forward to with both dread and anticipation — when their kids get their first big taste of freedom by getting their first driver’s license. Alex Rodriguez is going through all the emotions as his 15-year-old daughter Natasha — affectionately known as “Tashi” — is now behind the wheel and practicing to take her road test. The 45-year-old retired New York Yankees star took to Instagram on Nov. 10 to share photos and discuss how he can’t believe his daughter will soon be driving herself everywhere, as she turns 16 on Nov. 18.

Where did the time go, Tashi?! Wasn’t it just yesterday I was driving you to school and now you’re driving ME?! ✨💙 . I can’t believe my baby is about to get her license! I’m so proud…. and a little nervous, but I know she will be great behind the wheel! #Tashi

Alex’s first photo showed Tashi in the driver’s seat wearing a light blue t-shirt and jeans. She had her hands in the 10 and two position of the steering wheel. Tashi’s  phone was resting on her lap, but dad Alex was next to her in the passenger’s seat and likely making sure she wasn’t about to start the terrible habit of texting while driving.

Alex looked sharp in a white golf shirt, and had a slightly serious expression on his face. Tashi had an extra passenger, with former Chicago White Sox pitcher Nick Silva in the back seat throwing a peace sign with his fingers. “Where did the time go, Tashi?! Wasn’t it just yesterday I was driving you to school and now you’re driving ME?!” Alex began in the caption. 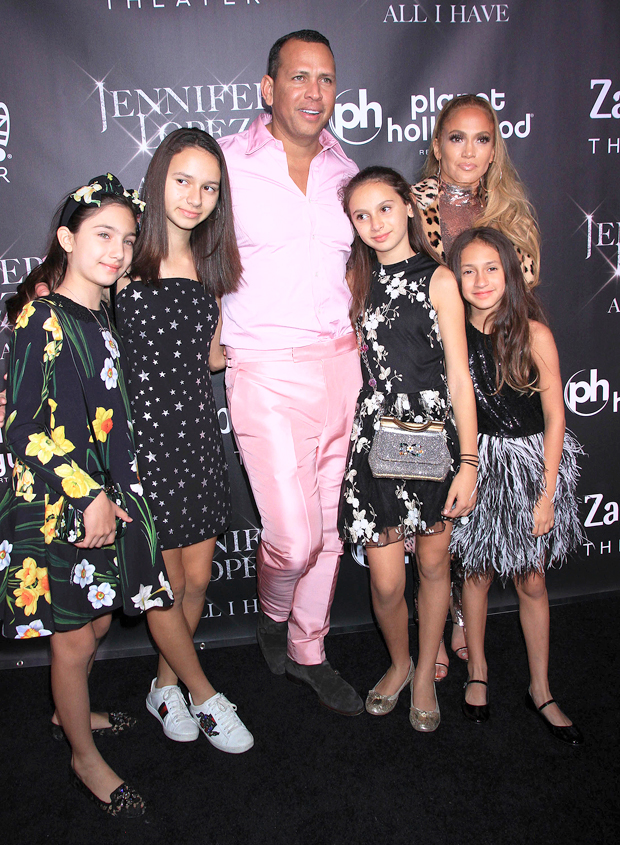 “I can’t believe my baby is about to get her license! I’m so proud…. and a little nervous, but I know she will be great behind the wheel! #Tashi,” he added. A-Rod then shared a photo of himself at the wheel driving Tashi and her now 12-year-old sister Ella to school when they were young girls in their uniforms. Their mom is Alex’s ex-wife Cynthia Scurtis, 47.

Alex then shared a group photo of his blended family with fiancee Jennifer Lopez , 51. It showed Alex’s two daughters, and JLo’s 12-year-old twins Max and Emme. But the kids looked younger than they do today, so the snapshot was likely taken earlier on during their nearly four year romance. A-Rod included two more photos of him being a proud girl dad to Tashi and Ella for good measure. Just wait until four years from now when Ella, Max and Emme all turn 16 in the same year and get their own driver’s licenses!