Meghan McCain left The View over the summer, and she’s dishing details of her exit in a new audio memoir. The former host has criticized people for doing the same. So on his show, Andy Cohen flatly asked McCain if she believed she was a hypocrite. 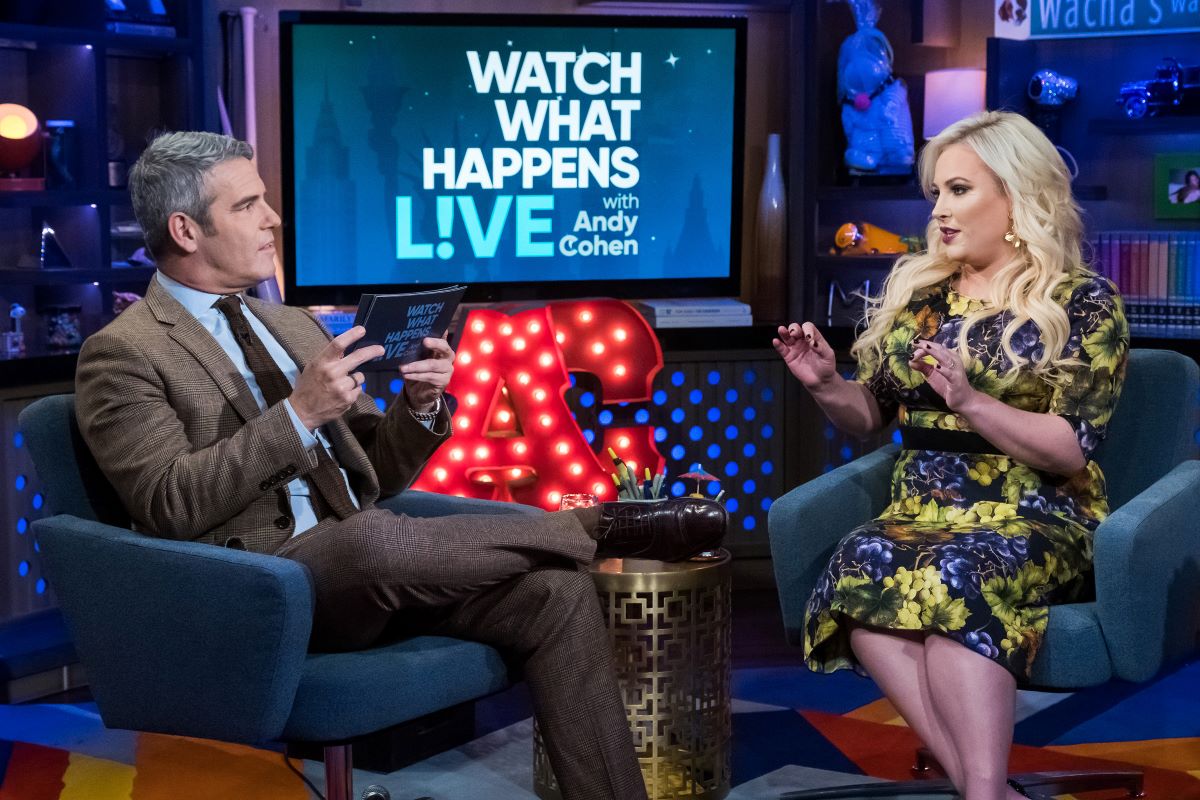 Meghan McCain reveals the drama caused her to leave ‘The View’

In her new audio memoir, Bad Republican, McCain talks about being the only conservative on the View panel. And she says her co-hosts Whoopi Goldberg and Joy Behar’s attitude is what prompted her to leave.

“You can’t imagine how it messes with your self-esteem working in an environment where the worst thing you can be in the world is a Republican during the Trump years,” McCain says in the audiobook. “As the country got worse under Trump, the treatment from Whoopi, Joy and some of the staff grew meaner and less forgiving.”

“It was as if I had become an avatar for everything they hated about the president,” she added. “It felt like the co-hosts and staff only knew one Republican — me — and took out all their anger on me, even though I didn’t even vote for Trump.”

On The View, McCain has stated that she believes some people who write tell-alls are just cashing in. When Mary Trump visited the show in 2020 to promote her book, Too Much and Never Enough: How My Family Created the World’s Most Dangerous Man, McCain criticized her on air.

“I don’t like family tell-all books, especially when it comes to families with fame and power,” the former host told Trump. “What do you say to people like me who think this is just a great way for you to get a paycheck right now?”

So when McCain visited Cohen in an appearance on Watch What Happens Live, he flatly asked her if this memoir release was hypocritical. “On a 1-to-10 scale, how hypocritical is it that you wrote a tell-all, after prefacing every tell-all interview on The View with ‘I hate tell-alls?’” he queried.

McCain suggested that she doesn’t like “political” tell-alls, which her memoir is not. But when Cohen pressed again and wondered if she felt hypocritical, McCain suggested she didn’t.

Where can you get her memoir?

In her new memoir, Bad Republican, McCain doesn’t just dish on The View. She also talks about the state of the current Republican party, and talks about the impact President Trump and his family, particularly Jared Kushner and Ivanka Trump, have had in American politics. The pundit also advocates for companies like ABC to step up and offer female employees full support.

“Corporations should not be allowed to say, ‘We support women — but if you have a baby, we’re not going to support you,’” she says in the memoir. “These companies spend millions of dollars a year trying to convince consumers of their high moral values, but how many of them actually walk the talk? It needs to change.”

Bad Republican is currently only available as an audiobook. Listeners can find it on Amazon’s Audible audiobook service.