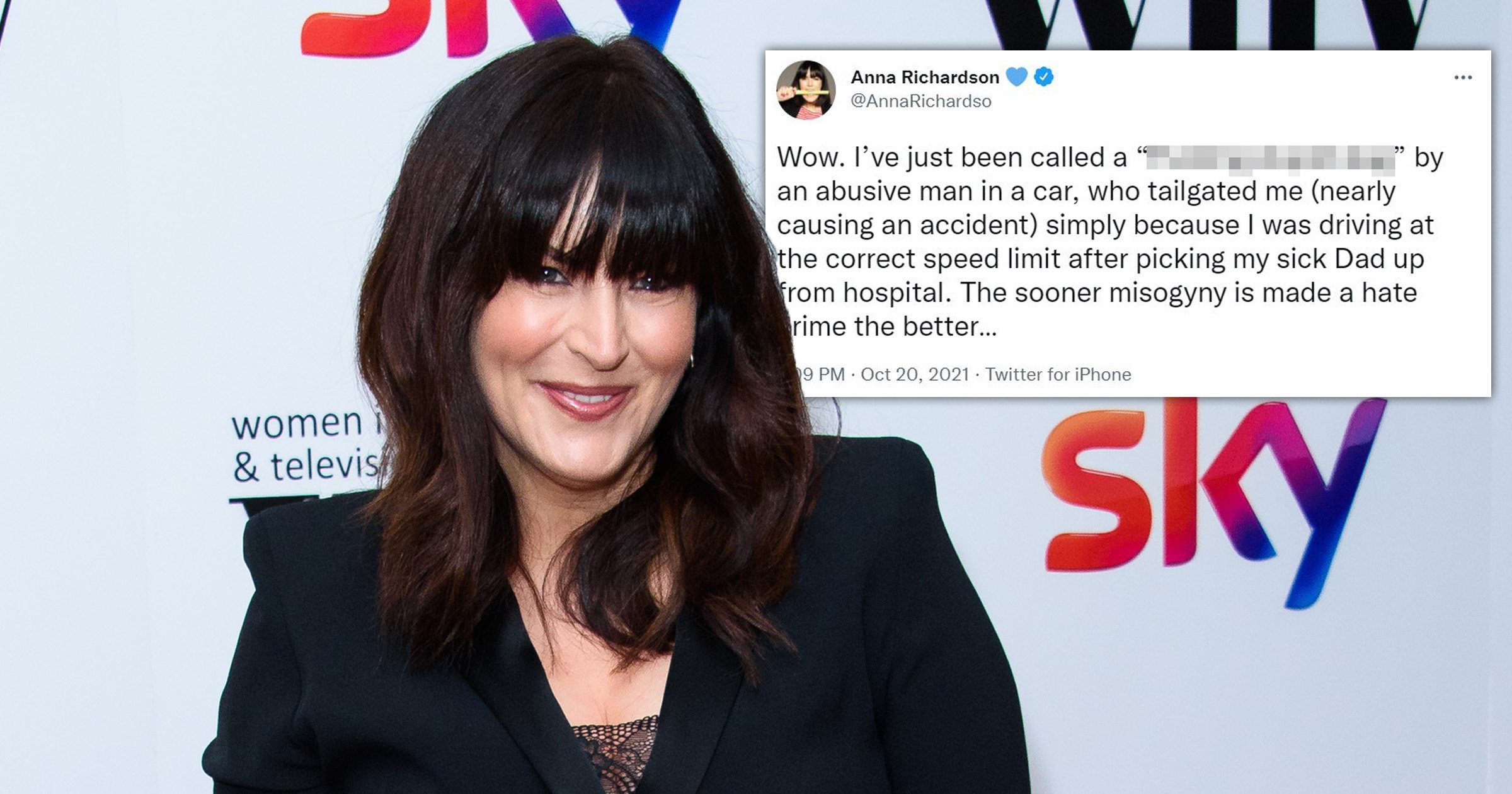 Anna Richardson has revealed she received some vile verbal abuse from a driver who almost caused a crash.

The Naked Attraction and Changing Rooms host, 51, took to Twitter to reveal she had been verbally abused by an angry driver after picking her dad up from hospital on Wednesday.

She tweeted: ‘Wow. I’ve just been called a “F**king stupid sl*g” by an abusive man in a car, who tailgated me (nearly causing an accident) simply because I was driving at the correct speed limit after picking my sick Dad up from hospital.’

Anna added: ‘The sooner misogyny is made a hate crime the better…’

One of her followers responded: ‘Road rage incident, make sure you report it,’ to which Anna replied: ‘Oh! Good point! I’m a bit too shaken at the mo….’

Anna’s followers took to her replies to send her well-wishes after the horrible incident, writing: ‘I am so sorry to read this Anna, I hope you and your Dad are both okay.

Oh! Good point! Iâm a bit too shaken at the moâ¦.

‘That’s an awful thing to say to you. Sending lots of love and best wishes to you both xx.’

Others added: ‘Def report it online. It’s easy now to do and from my experience, they do follow up. I’m so sorry this happened to you both, no excuse’ and ‘So sorry you’ve had to go through this. It’s horrific that this sort of thing is so commonplace. People disgust me sometimes. I hope you’re ok.’

Another wrote: ‘Just pity these people, in their miserable world, I’m sure he was in a rush for something really important’ and ‘Absolute disgrace and I hope you both are ok. Sadly, abusive drivers definitely seem to be on the rise. I always wonder how many of them would actually be like it outside of their vehicle!’

Metro.co.uk has reached out to Anna Richardson’s reps for comment.