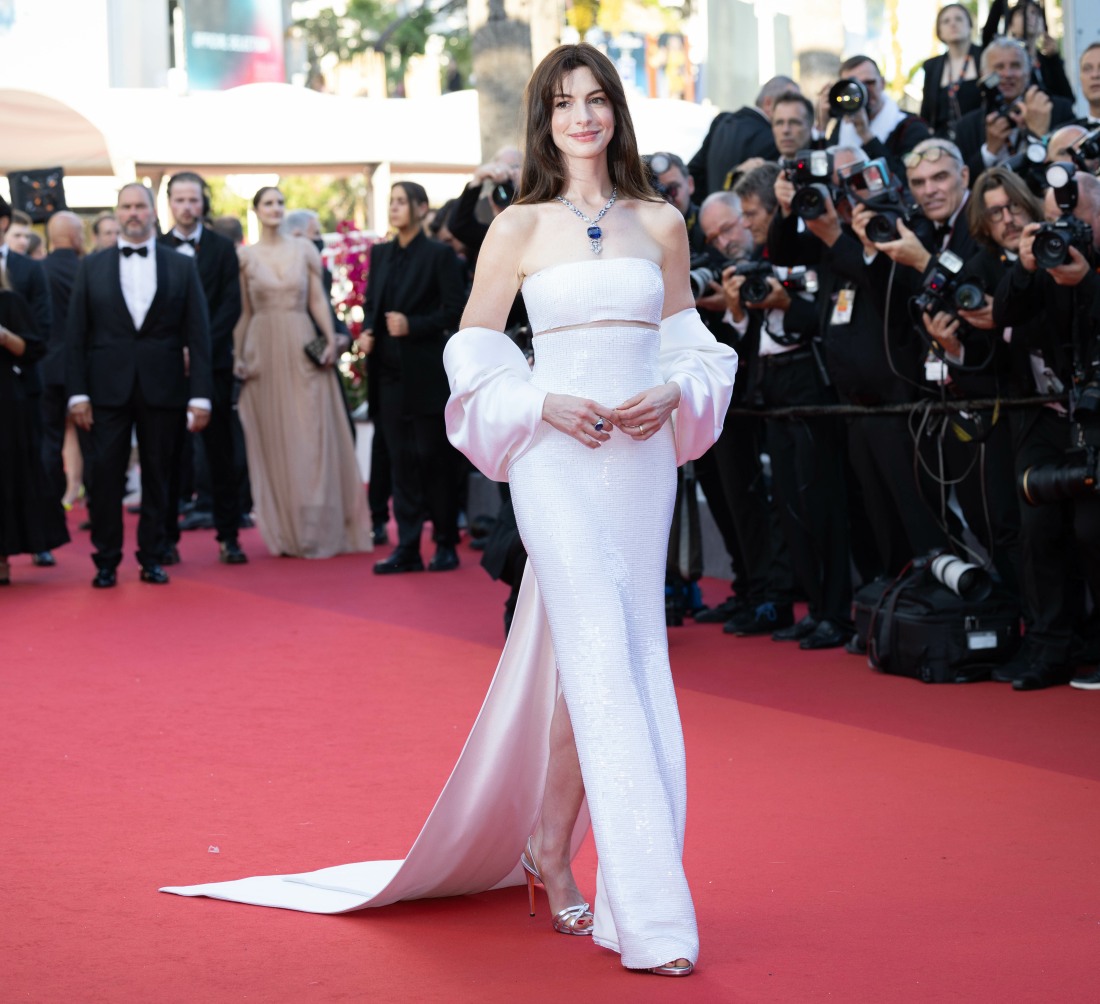 Anne Hathaway is in Cannes for the first time in several years. She’s in Cannes to promote and premiere Armageddon Time, director James Gray’s autobiographical look at Queens in the 1980s. The film stars Anne, Jeremy Strong and Anthony Hopkins (who was not in Cannes). The Cannes audience seemed to like/appreciate the film but it wasn’t a huge slam-dunk.

Anne Hathaway was a slam-dunk on the red carpet though. It’s been forever since she’s done a huge premiere or big promotional push. She’s been working, for sure, but she’s also taken some time away from the Hollywood grind and given birth to two sons (Jonathan Rosebanks Shulman and Jack Shulman). Anne wore this Armani Prive gown which – I believe – is actually three pieces. The gown is basically a high column skirt, a bandeau top and a stole which acted as “sleeves” and a train. The gown is sort of plain/beautiful, but what I like is that Anne decided to go super-undone with her styling. She looks like she’s barely wearing any makeup, her hair is so simple and almost bedhead-y and she looks so young and fresh.

Her look is also notable because she got to wear a very special Bulgari necklace, the Mediterranean Reverie, from one of Bulgari’s latest collections. That is a 107.15 carat sapphire. Stunning. Her sapphire ring is Bulgari too, I’m sure. 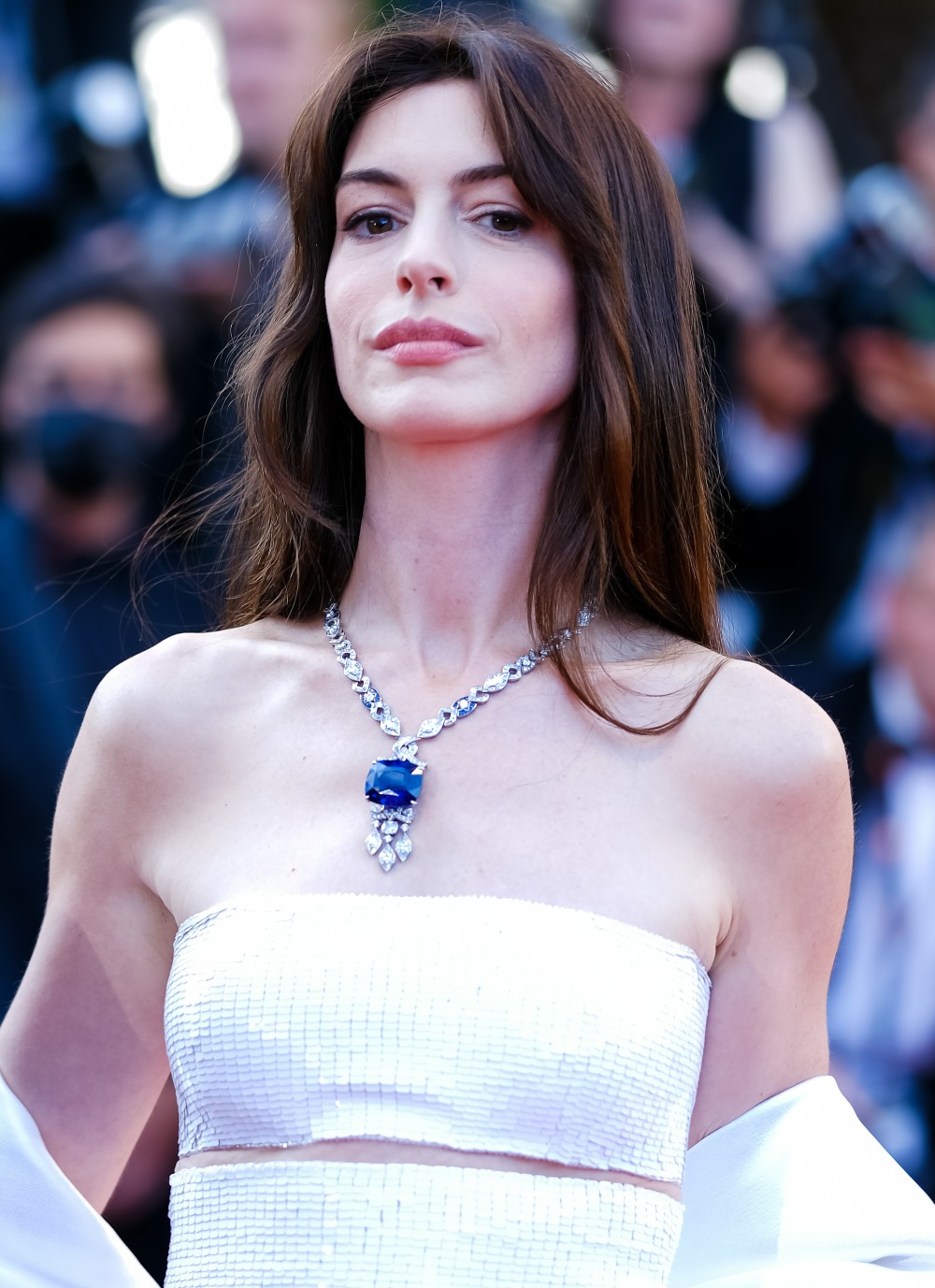 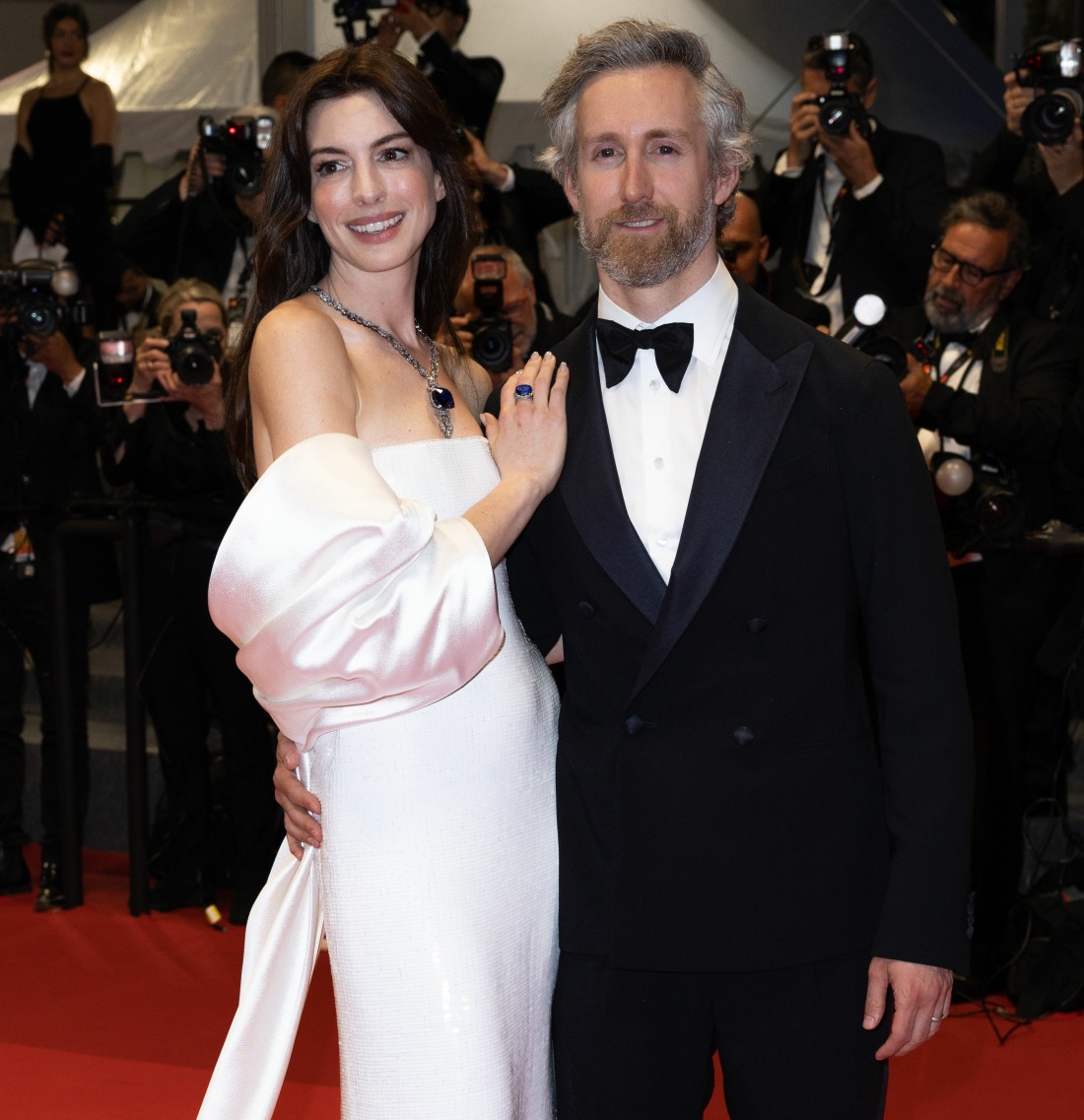 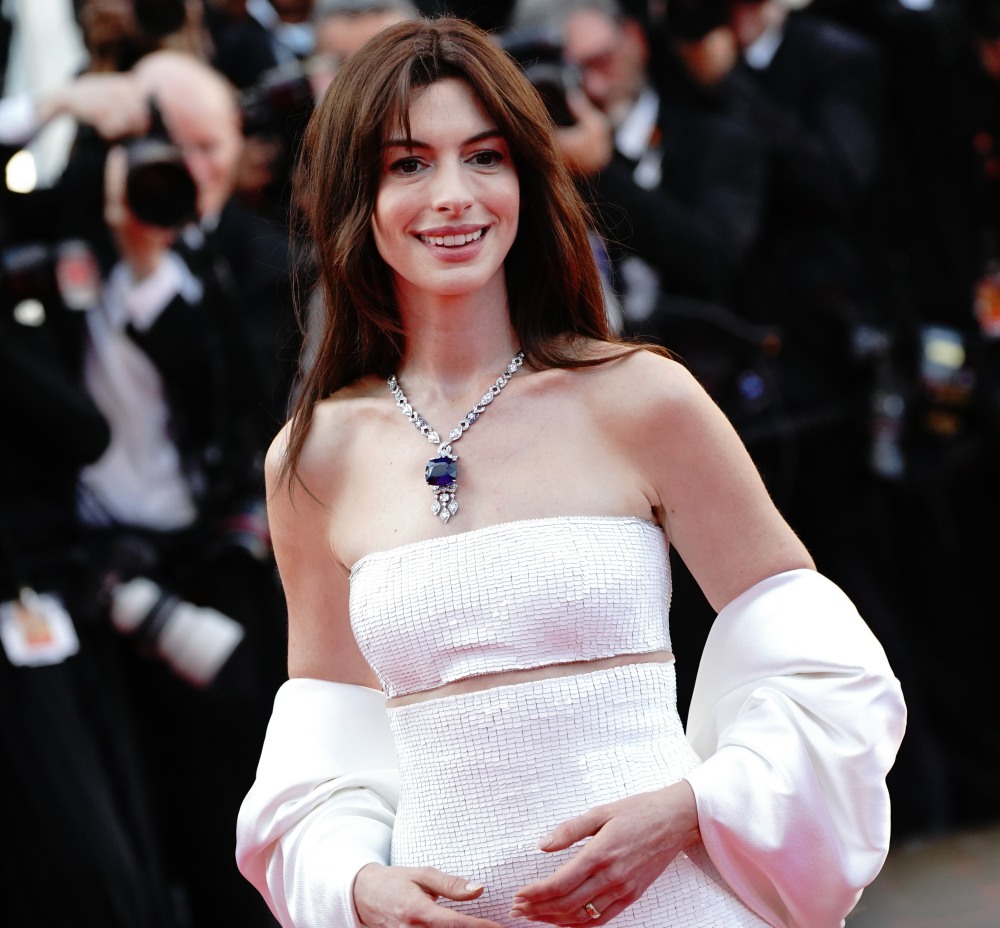 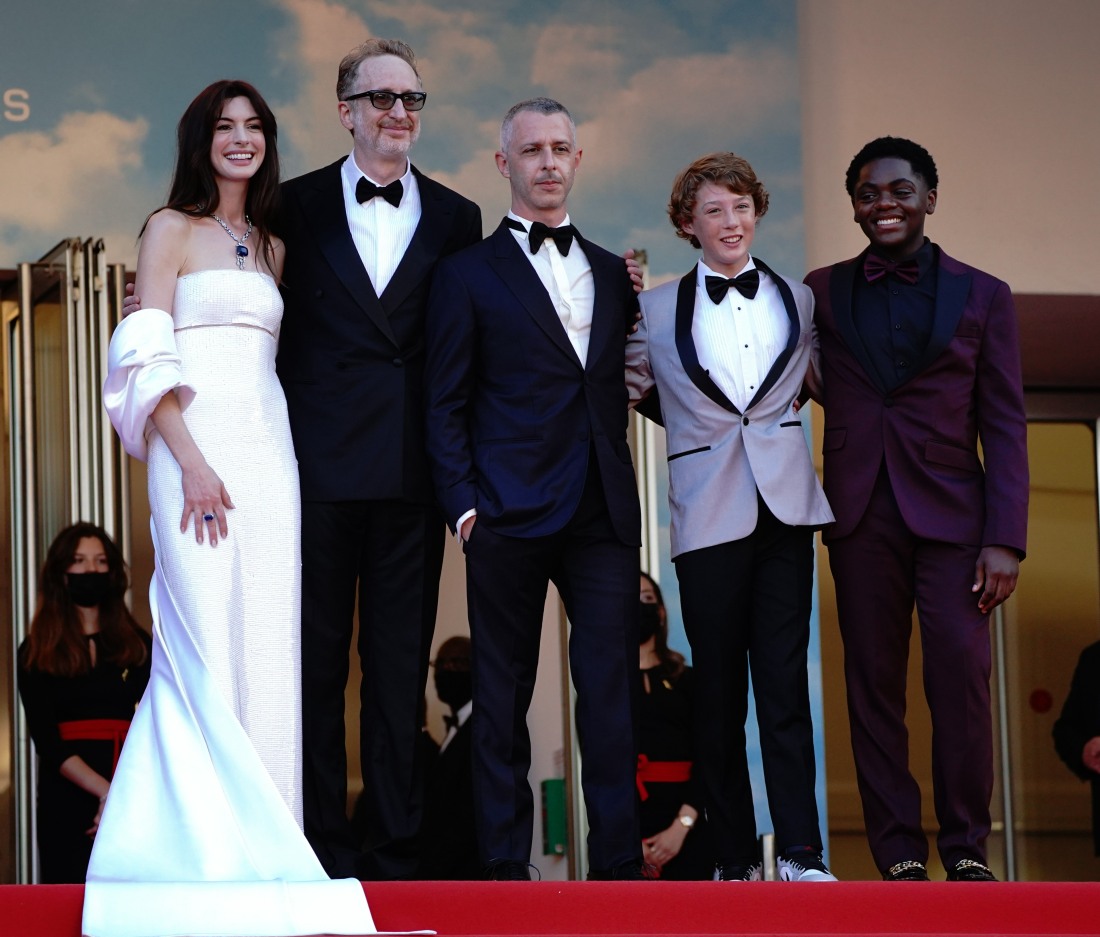