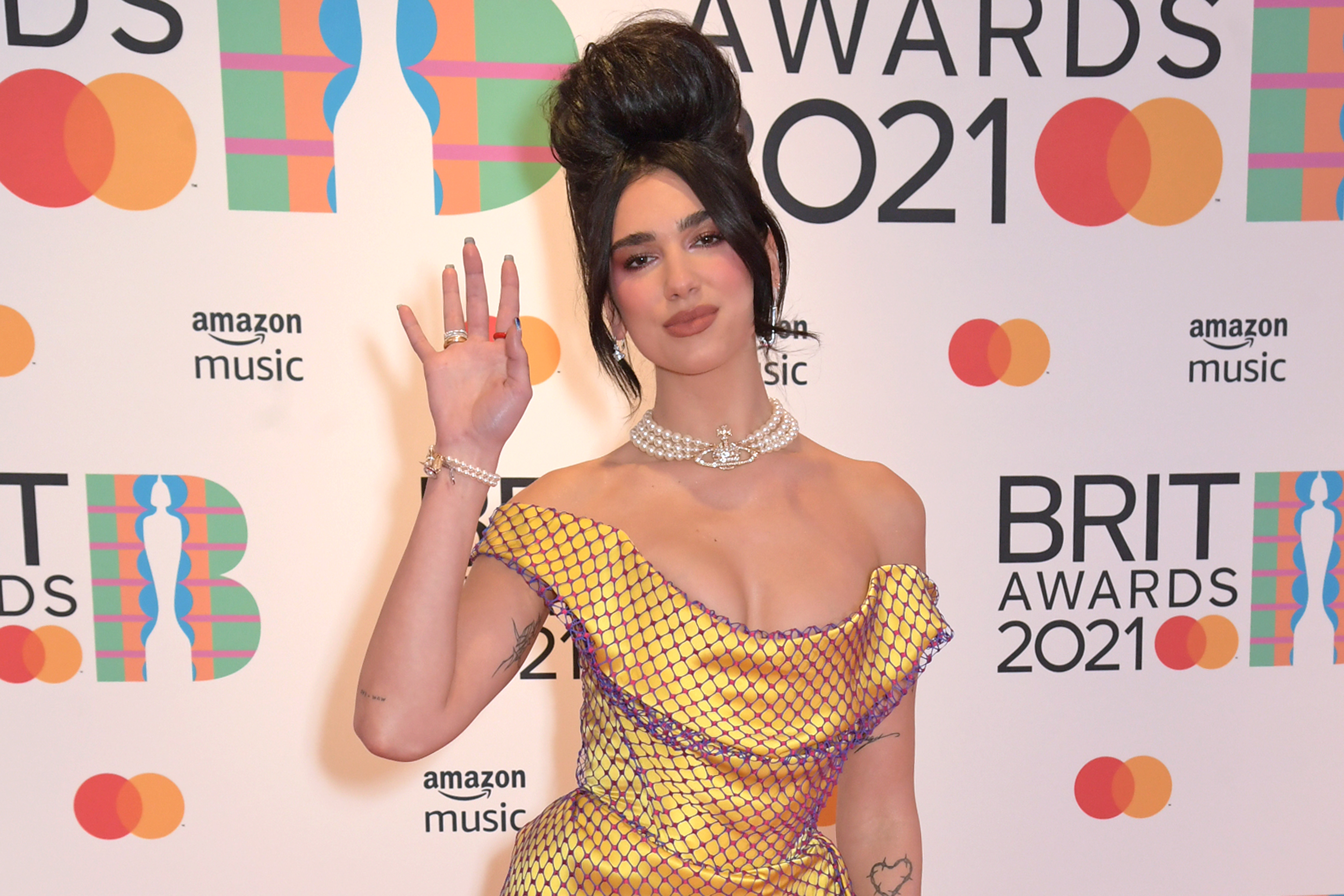 Dua Lipa has led the celebrities stunning on the red carpet as the Brits 2021 kicks off.

The Don’t Stop Now hitmaker has been spotted rocking an eye-catching gown with stockings, as she styled a beehive hair-do and posed away on the red carpet.

Dua, who’s seen huge success with her album Future Nostalgia this year, gave the cameras a smile and a pout as she arrived at the star-studded event.

She’s set to perform, and has also been nominated in three categories – female solo artist, British single, and Mastercard album.

Also spotted on the red carpet so far have been the likes of AJ Tracey, Maya Jama, AJ Odudu, Griff, and Olivia Rodrigo.

Maya has been pictured rocking a chic little black dress, while Griff looks stunning as she dons a bold headpiece, paired with an ethereal gown.

Billy Porter, meanwhile, has served a gorgeous look, in a lacy black dress and platform boots.

Women have dominated the nominations at this year’s event – and we wouldn’t have it any other way.

J Hus, Bicep and Jessie Ware follow with two, while artists including Little Mix, Lianne La Havas, The 1975 and Yungblud are also up for awards.

In the international sections, BTS, Childish Gambino, Billie Eilish and Haim are up for honours, while Taylor Swift will receive the global icon award.

The 20-year-old was named the winner of the rising star after being nominated alongside Rina Sawayama and Pa Salieu, and as of 2020, when Celeste won, the winners are given a performance slot at the awards.

This year’s show promises to have all the amazing performers and must-see moments of years past, albeit with a slightly smaller audience in the venue on the night.

The awards show usually takes place in February at London’s O2 Arena, but has been pushed back to May due to the coronavirus pandemic.

Among the crowd will be 2,500 key workers who will have been able to get their hands on tickets via a ballot as a thank you for their work on the frontline of the coronavirus pandemic.

Check out some of the other stars who have rocked the Brits red carpet:

Headie One (feat AJ Tracey and Stormzy) – Ain’t It Different

Regard and Raye – Secrets

Celeste – Not Your Muse