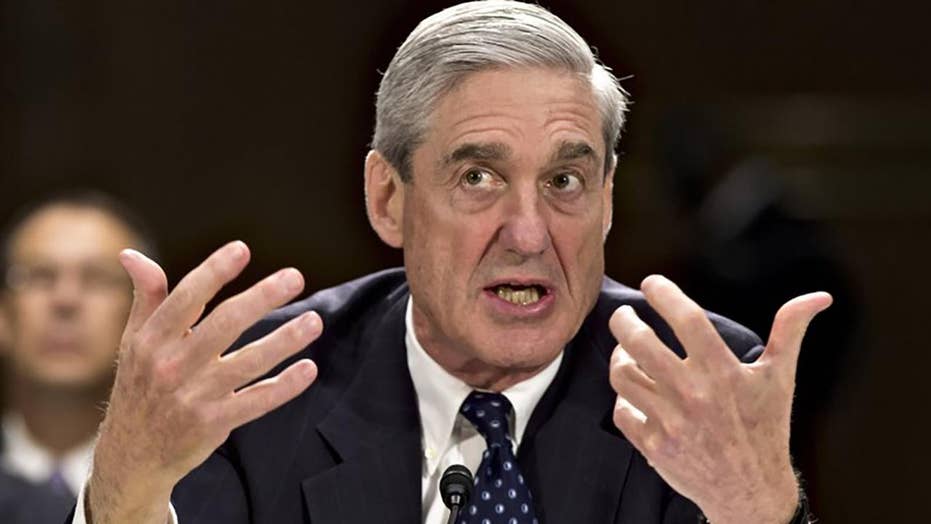 Anti-Trump Hollywood celebs had their social media accounts at the ready to defend Robert Mueller as the former special counsel appeared before the House Judiciary Committee on Wednesday to discuss his investigation into Russian interference in the 2016 presidential election and the campaign of President Trump.

Former "SNL" cast member Rachel Dratch was among the first to comment on the Mueller testimony, approaching the proceedings with a measure of dread tinged with hope: "The act of looking forward to the Mueller hearings as if anything will come of it feels like having lunch with an ex that you are hoping to get back together with."

Piper Perabo took a helpful tack, using her Twitter account to explain some terminology to her followers:

"OLC is the Office of Legal Council. It assists the Attorney General as legal advisor to the President.

OLC policy tells Mueller a sitting President can't be charged with a crime.

So if a President commits a crime, Congress must use the power of impeachment. #MuellerHearing," she wrote.

"#MuellerHearing I’m hoping this is widely viewed with open minds by all interested citizens and voters so we don’t have to depend entirely on pundits and social media for analysis," wrote director Ron Howard.

Yvette Nicole Brown took a jab at Louis Gohmert, to whom Mueller gave a curt response to a firey question.

"No matter what I'm asked, for the rest of the summer, I'm only responding w "it's not in my purview," wrote comedian Kathleen Madigan.

"You have zero credibility.   And soon it will be clear to all that you did in fact obstruct justice – at least 10 times," Mia Farrow directed at Donald Trump.

"Could it be we are simply witnessing a man with deep integrity who is cautious with his words and that we are comparing his style to the way people scream and yell today? Could this be two different styles, two different generations?" mused Maria Shriver.