Charlize Theron flashed a smile to the camera while walking in a black top and bright orange leggings after a rigorous workout session in Beverly Hills.

Charlize Theron, 45, was a gorgeous sight to see on the afternoon of June 10 even though she just had an intense workout! The actress showed off a makeup-free face while wearing a black tank top and bright orange leggings while being photographed after the session, which took place in Beverly Hills, CA. She also wore black and white sneakers as she held a bottle of water and had some of her short blonde hair pulled up and tied back. 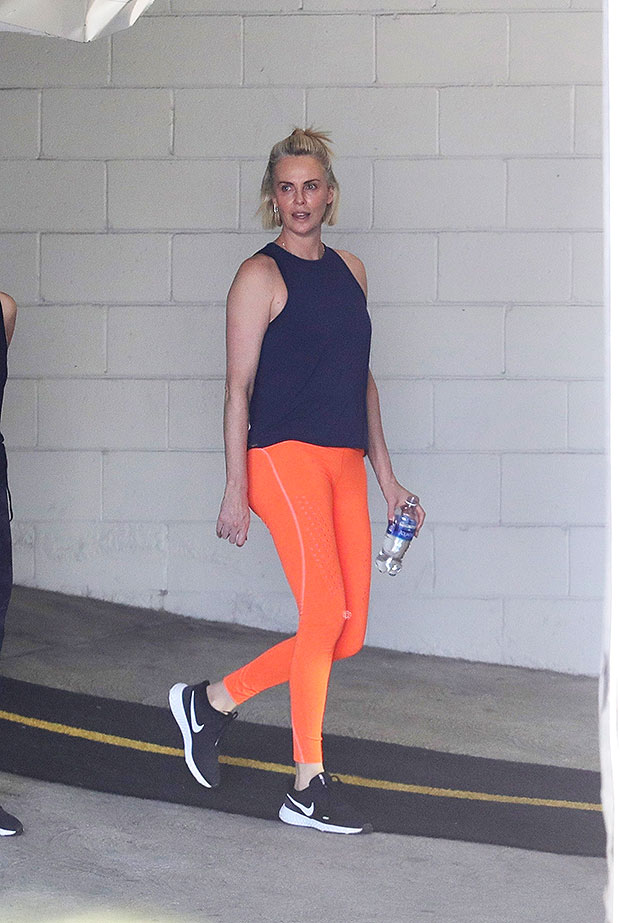 Charlize’s latest outing comes a few months after she made headlines for poking fun at Kylie Jenner‘s lips in an Instagram post. The post showed a side by side pic of her and Kylie, and in hers, she had bright red lipstick on and all around her lips to give the hilarious illusion of bigger lips. “Who’s who?” she cheekily asked in the caption for the post.

When Charlize isn’t wowing during gym outings or in social media pics, she’s hard at work in her successful acting career. She just finished filming the upcoming Netflix fantasy film called School for Good and Evil, in which she plays Lady Lesso, and shared some photos from the set on Instagram. “Ain’t no rest for the EVIL 😈 Can’t wait for you all to meet Lady Lesso#SchoolForGoodAndEvil @netflixfilm,” she captioned a post showing her looking almost unrecognizable with a lot of red curly hair on May 18. 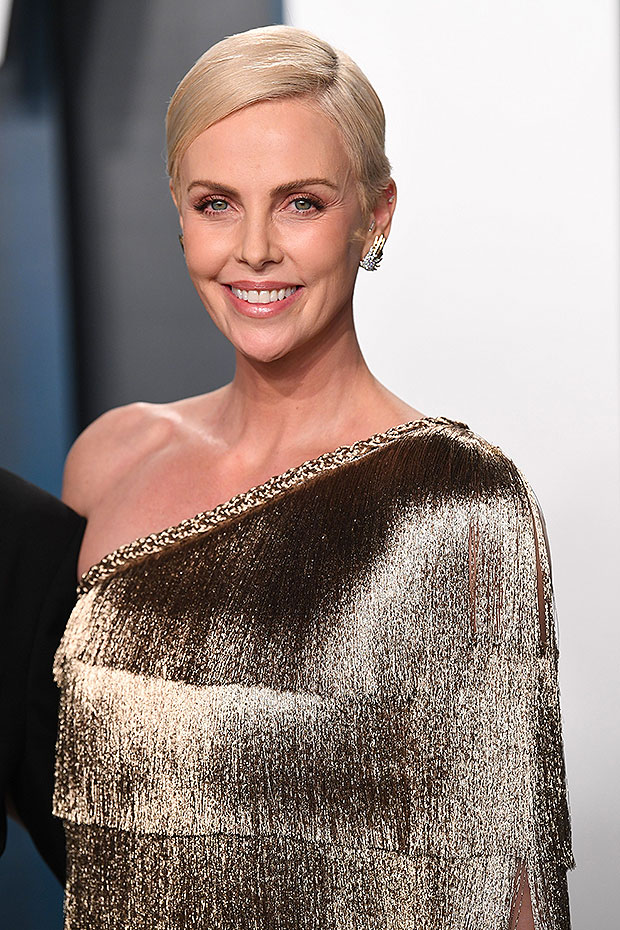 She followed the post up with more pics of her character on May 21 and revealed that they wrapped up the project in the caption. Kerry Washington, Laurence Fishburne, and more will also join Charlize in the Paul Feig-directed feature, which is based on the work of author Soman Chainani and tells the story of teaching kids to be good or evil in the fictional place of Endless Woods.