Chris Young surprised Kane Brown on stage at a recent concert in Memphis, Tenn. to perform their duet “Famous Friends.”

The country music stars released the track in 2020 and reunited on Sunday at a concert presented by the KIX 106 Memphis radio station to honor frontline workers for their work throughout the coronavirus pandemic. The show, which took place at Soundstage at Elvis Presley’s Graceland, also included a performance by Restless Road.

However, the real highlight of the night came when Young surprised Brown on stage so that the two of them could dust off the track and perform it live together.

Young took to his Instagram to share a few behind-the-scenes snaps from before he took the stage to surprise his buddy including him boarding a plane for Tennessee, hiding back stage and, finally, one of them singing together on stage. 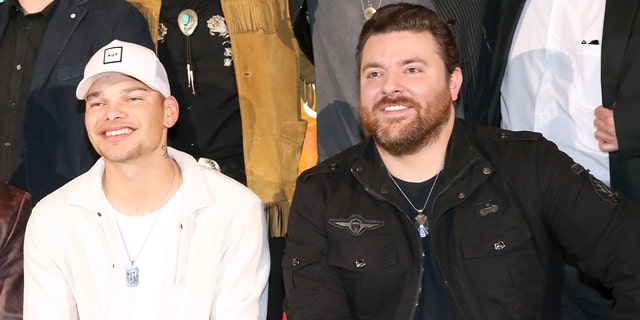 “Sometimes you have to fly to Memphis and surprise your ‘Famous Friend’ on stage! Love ya @kanebrown_music !!! #mondaymotivation,” he captioned the Instagram post.

During the show, Brown’s wife, Katelyn, shared some snaps of the duet as well as a brief video of the performance.

KANE BROWN DEFENDS POLICE AMID PROTESTS, ACKNOWLEDGES BAD COPS ON ‘POWER TRIP’ ARE ‘OUT THERE’

“Who loves surprises?!?! 🤣 @kanebrown_music does 🥳@chrisyoungmusic surprised Kane on stage in Memphis to perform their famous duet ‘Famous Friends,’” she captioned her post.

The performance comes days after Brown announced his “Blessed & Free” tour, which will kick off on Oct. 1 and allow the 27-year-old performer to make history as the first country artist to ever hit 35 North American cities with stops at 29 NBA basketball arenas.

“I’m excited to just switch it up, give the fans to look forward to something, and just get back out there,” he told Entertainment Tonight of the history-making move.

“I’m trying to make it a thing where I play at least one person from each team,” he added. “I just want to see the talent level.”