Chrissy Teigen rallied for new moms on Twitter who choose to give their babies formula, revealing that she did the same after suffering from depression.

Chrissy Teigen called on mommy shamers to think twice before judging women’s breastfeeding choices. In an impassioned series of tweets, Chrissy, 35, stressed how important it is to “normalize” feeding babies formula, rather than attack new mothers who can’t — or don’t want to — breastfeed. The Cravings author revealed that she was particularly passionate about the topic because she suffered from depression after pregnancy.

“Ok, I’m gonna say something and you all are definitely gonna make it a thing but here goes: normalize formula,” Chrissy tweeted on November 29. “Breastfeeding is such a huge, wonderful thing. But I absolutely felt way more shame having to use formula because of lack of milk from depression and whatnot. People have surrogates, people have trouble breastfeeding and all you hear as a new, anxious mom is how breast is best.”

“‘Normalize breastfeeding’ is great,” she continued. “‘Normalize formula’ is great, too! So yeah. That’s all! Normalize formula!” Chrissy assured anxious new moms that however they choose to feed their children is valid and the right choice for them and their families. “Your baby is gonna be BEAUTIFUL, PERFECT, AND OKAY,” the Lip Sync Battle host wrote. “I remember pumping my ASS OFF, highest mode, so often, because I didn’t trust milk was going into their mouthes if I breastfed.”

“It drove me mad to the point I could only get an ounce. An ounce! The stress of it, combined with the guilt that you cannot do nature’s most natural thing for your own baby is too much,” Chrissy concluded. “I dunno why this is my crusade now. I just remember the sadness I felt and want you to know you are doing it right if your baby is fed, mama.” 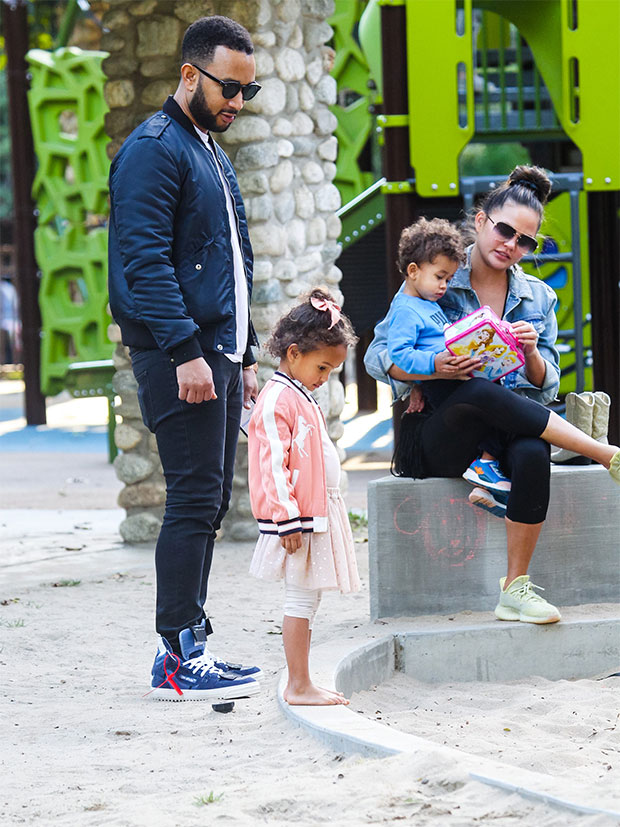 Chrissy’s tweets came two days after she opened up about her “brutal, exhausting, sad” months since the tragic death of her unborn son, Jack. She shared a photo of herself on Instagram wearing sweats, and said that she’s slowly starting to heal. “I refuse to not find humor in both the rage-fits and the outfits. I already see the leaves as orange instead of grey, realized the sky is indeed blue and not black and horn honks on my forced morning walks only bring me to my knees half the time.”