Dancing with the Stars has hosted over 50 pros through its 30 seasons on ABC. However, there are some who appeared to leave an indelible mark on the minds and hearts of longtime viewers. In a social media discussion board, fans discussed their favorite professional dancers and those they would love to see a return to the series. There was one whose name came up repeatedly, leading fans to plead for their Dancing with the Stars comeback, saying she was “ahead of her time.” 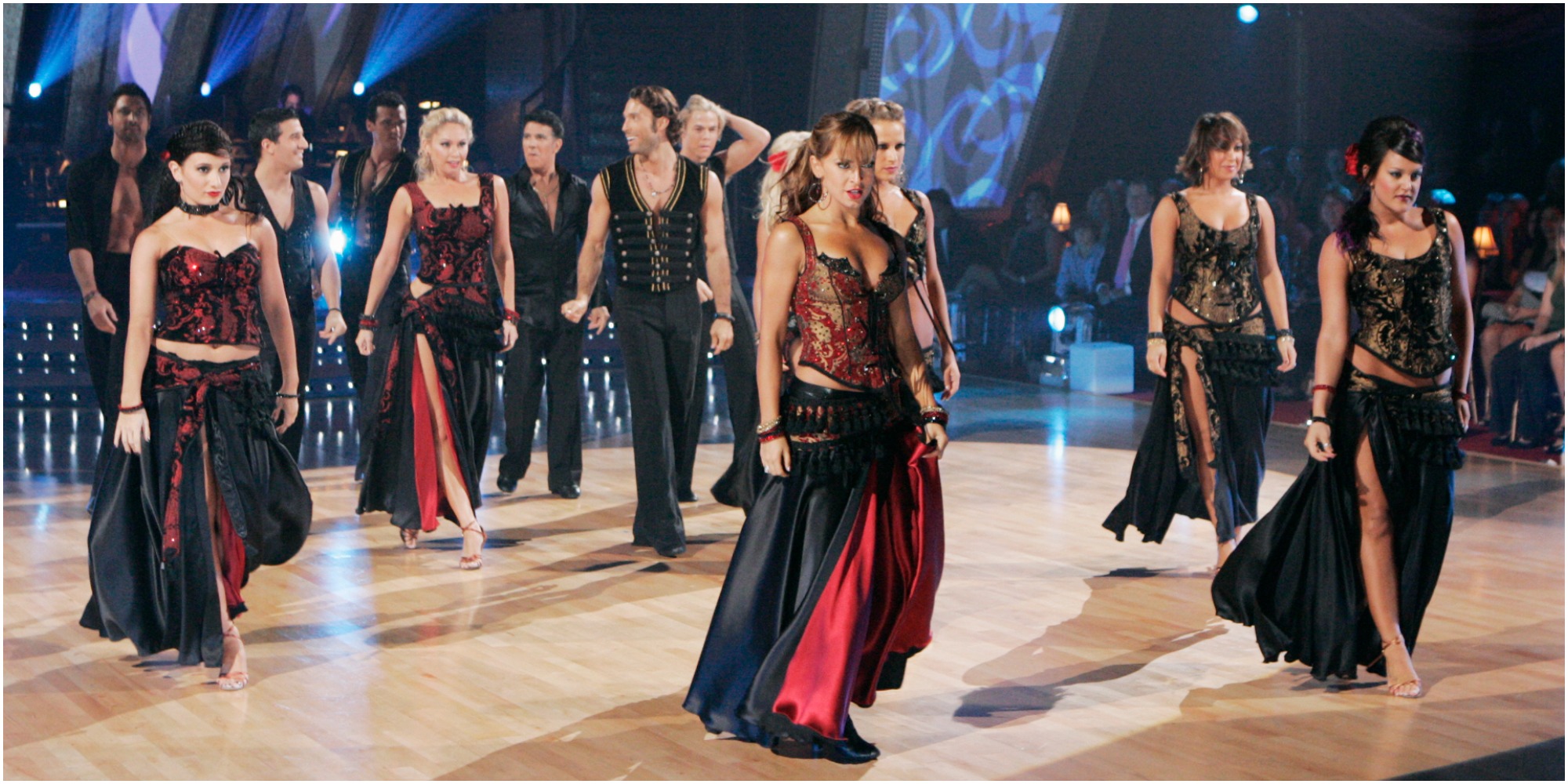 Who is the former pro ‘Dancing with the Stars’ fans yearn to return to the ballroom?

Ahead of some of today’s pros, who use edgy choreography and innovative dances to thrill viewers, there was one young woman who pushed ballroom boundaries.

Lacey Schwimmer blew the doors wide open as a pro with her youthful exuberance. She challenged traditional ballroom techniques by pushing the envelope when traditional dancing was encouraged.

Schwimmer made her debut during season 7 of the series and was partnered with former ‘N Sync member Lance Bass. They placed third that season.

What celebrities did Lacey Schwimmer dance with?

For her next season, Schwimmer was paired with reality television star Steve-O, and during season 9, she danced with Mark Dacascos.

By season 10, Schwimmer was no longer a pro but a troupe dancer.

In season 11, the pro dancer found a good fit with Disney Channel star Kyle Massey. They came in second place to Derek Hough and Jennifer Grey.

On her last season, the show’s 13th, Schwimmer danced with Chaz Bono, where they placed 7th.

Bono was the first transgender contestant to appear on the series.

In a Reddit thread dedicated to the series, fans of the former Dancing with the Stars pro pleaded for her return to the show.

Firstly, one follower wrote, “It’s too bad that she wasn’t on the show now. Her partnering with Chaz Bono was so underappreciated, especially during a time when I don’t know if any of the others pros would have defended him the way she did.”

A second Reddit user said, for instance, “She was too ahead of her time for the show and the fans to appreciate her.”

“I adore her. She was so sassy and fierce. The show needs her style today. I wish she would return,” penned a third viewer.

“The freestyle she did with Kyle Massey is one of my favorites. She was something else. I miss her so much. I wish she would come back,” exclaimed a fourth fan.

According to Us Weekly, Schwimmer is the co-creator of The Ballroom Project dance convention and is currently an instructor at the NRG dance project.

Dancing with the Stars is currently on hiatus.