Chef Floyd Cardoz has died due to complications from the coronavirus. The Top Chef Masters winner was 59.

Cardoz was admitted to a hospital in New Jersey on March 18 with a fever, People reports. He’d recently traveled to his native India, where he was filming an episode of Ugly Delicious with comedian Aziz Ansari. Sometime after returning to New York via Frankfurt, Germany, on March 8, he began to feel unwell.

“I was feeling feverish and hence as a precautionary measure, admitted myself into hospital in New York,” Cardoz wrote in his last Instagram post, published March 17. 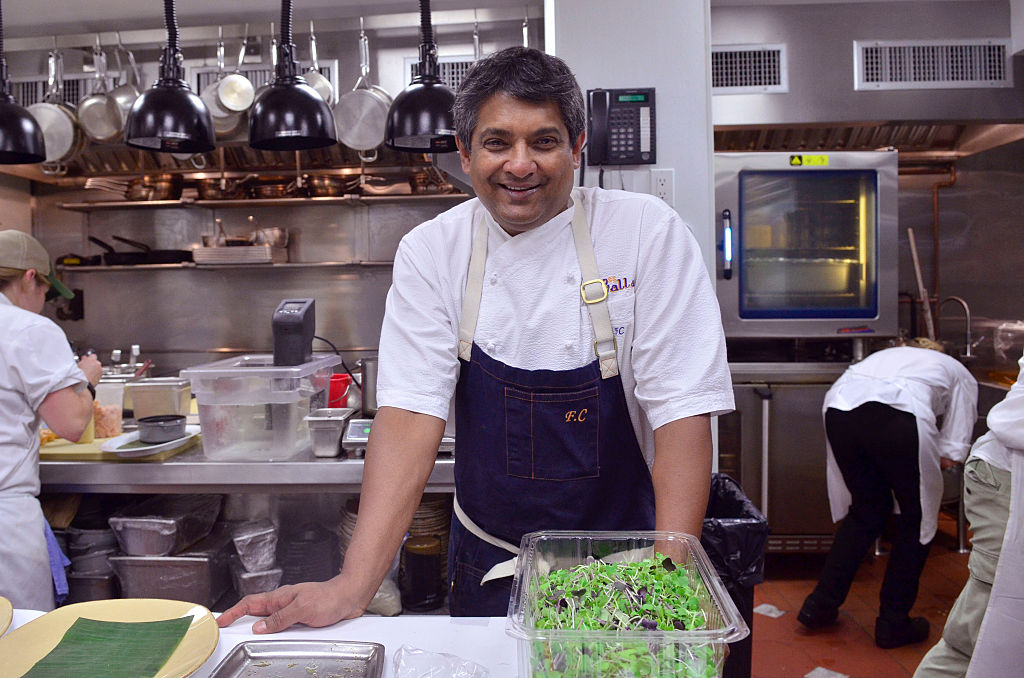 News of Cardoz’s death was followed by an outpouring of social media posts from those who knew him.

“So sad to hear that you are gone Floyd,” commented chef, cookbook author, and Top Chef guest judge Rocco DiSpirito on Cardoz’s final social media post. “You’ve been a prince since we met … Praying for your family. RIP to one of the best of us.”

“I cannot believe you are gone…I just can’t. World without you is just not right,” wrote chef and Ugly Delicious host David Chang.

“Rest In Peace Floyd…loved by so many for so many reasons … xoxo,” commented Michael Symon, former host of ABC’s The Chew.

Padma Lakshmi says Cardoz ‘made us all so proud’

Cardoz was a versatile chef who made his mark in the culinary world with Tabla, a New York restaurant that brought Indian cuisine into New York’s fine dining world, noted Eater. Top Chef host Padma Lakshmi reminisced about that restaurant and noted that his death “is a huge loss not only for the professional food world but for Indians everywhere.”

“@floydcardoz made us all so proud,” she tweeted. “Nobody who lived in NY in the early aughts could forget how delicious and packed Tabla always was. He had an impish smile, an innate need to make those around him happy, and a delicious touch.”

Cardoz was born in Mumbai (then Bombay) and trained as a chef in his hometown and in Switzerland, according to NPR. He moved to New York and opened Tabla with partner Danny Meyer in 1998. (It closed in 2010.)

After his success at Table, Cardoz went on to open other restaurants in New York as well as The Bombay Canteen and Bombay Sweet Shop in Mumbai. He took top honors on Top Chef Masters in 2011.

“Love you so much @floydcardoz,” Meyer tweeted early on the morning of March 25.

“Bravo and the Top Chef family are deeply saddened by the passing of Chef Floyd Cardoz. Floyd was a talented chef who competed and won Top Chef Masters,” a representative for the network said in a statement to People. “He was thoughtful, kind and his smile illuminated a room. He was an inspiration to chefs around the world and we offer our deepest sympathy to his family and friends.”

Cardoz is survived by his wife, Barkha, their two sons Peter and Justin, and his mother, Beryl.