Debbie McGee, 60, was back on the air after having a few Sunday’s off from BBC Radio Berkshire.

She was joined by guest, Mark Rozzier, Woodley United Ladies general manager, on the show.

But before interviewing him, the Strictly Come Dancing finalist revealed her thoughts on women’s football.

Debbie commented her co-stars at the BBC having been “excited” by the game recently, but joked they’re only interested in their legs.

Debbie went on: “A few years ago, nobody was interested, but now even the men, I listen to Ady and Tim on here, they get excited about women’s football.

“But I think that’s just watching their legs.”

Shocked at what she just said, Debbie swiftly added: “Anyway I didn’t just say that did I?”

Continuing with her trail of though, Debbie continued: “But, what I was thinking is, he’s their general manager so he’s a man and it’s a ladies football team.

“Are there any women in men’s football yet? That will be a first when that happens, I’m just putting that out there people.” 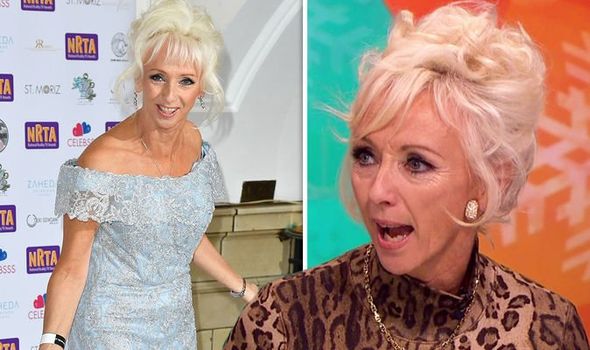 Elsewhere, on the show, Debbie congratulated Strictly Come Dancing professional, Gorka Marquez and Gemma Atkinson, who have welcomed a little baby girl into the world.

“Gemma had a baby girl on Thursday, which is Thursday 4th July, my dad’s birthday.”

Gemma and Gorka both announced the news last night on their respective Instagram accounts.

The former Hollyoaks and Emmerdale actress uploaded a picture of the word “family” along with a dictionary definition, to reveal the birth of their daughter.

Gemma said their little girl “made an entrance” and gave them all a “fright” when she arrived into the world.

She captioned the snap: “And just like that, we’re a three! Our beautiful baby daughter arrived on Thursday 4th July and myself and Gorks couldn’t be happier.

“Shes incredible and she certainly made an entrance, giving us all quite a fright at times! Little Miss independent already!”

Gemma continued: “Thank you SO much to the nurses & doctors at The Royal Bolton Hospital who did the most incredible job taking care of myself and my baby.

“You’re all so wonderful and I’m so grateful to have had you all with me and to have been under your care these past 4 days.”

The fitness star concluded: “Back home now for family time and to introduce little lady to her big brothers Norman & Ollie…. Let the next life chapter begin @gorka_marquez.”