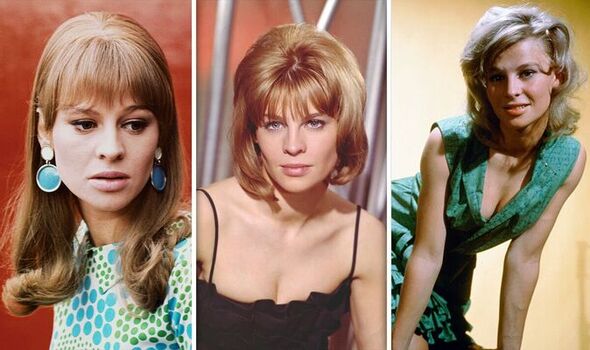 Julie Christie, 82, looks stunning in unearthed snaps taken in the first few years of her impressive career spanning 50 years. The actress is best known for her roles in films such as Doctor Zhivago, Darling and Far from the Madding Crowd.

Julie was just 25 years old when she took on the role of Lara Antipova, mistress of Yuri Zhivago (Omar Sharif) in the classic film Doctor Zhivago back in 1965.

The star got her big break two years earlier in 1963 when she starred in Billy Liar.

She then went on to win international attention for her role in Doctor Zhivago, as well as for performance in Darling that same year, which earned her the Academy Award for Best Actress.

More recently Julie has starred in Finding Neverland, Troy and Harry Potter and the Prisoner of Azkaban – all of which came out in 2004.

Her last film credit was in 2018’s The Bookshop, where she was the film’s narrator.

Julie Christie, 82, looked sensational in a series of snaps from her early modelling days

The star could be seen posing on a bed in an oversized white shirt at a London photoshoot in 1962.

The actress sported a plunging white dress and a very sixties blonde bob and fringe the year she starred in 1963 hit film Billy Liar.

Julie Christie shone bright as she starred in Doctor Zhivago, a film that won her acclaim

The BAFTA winner was seen lying in a field with Yuri Zhivago actor Omar Sharif in a still from the 1965 film directed by David Lean.

The acting legend won the Academy Award for Best Actress for her role in 1965 film Darling.

The film icon acted alongside Oskar in 1966 when they starred together in the film Fahrenheit 451.

The talented star could be seen having her luscious blonde locks blow dried by Warren Beatty while she wore only a towel in the 1975 film Shampoo.