As aspiring singer Mindy Chen, Ashley Park is usually seen putting her best foot forward in Emily In Paris. Off-screen, her love of music has come at a painful price.

I hear the American actress, 31, has to wear a foot brace after taking a tumble in her towering platform heels while watching Beyonce’s concert in Dubai.

‘It’s just a little strain or twist on my ankle,’ she says the day after her accident. ‘Really, I was too excited about Beyonce — it was the best night of my life.’

Ashley remains adamant that ‘it was worth it’. She adds: ‘I’m just a child and shouldn’t be allowed in platform heels.’ 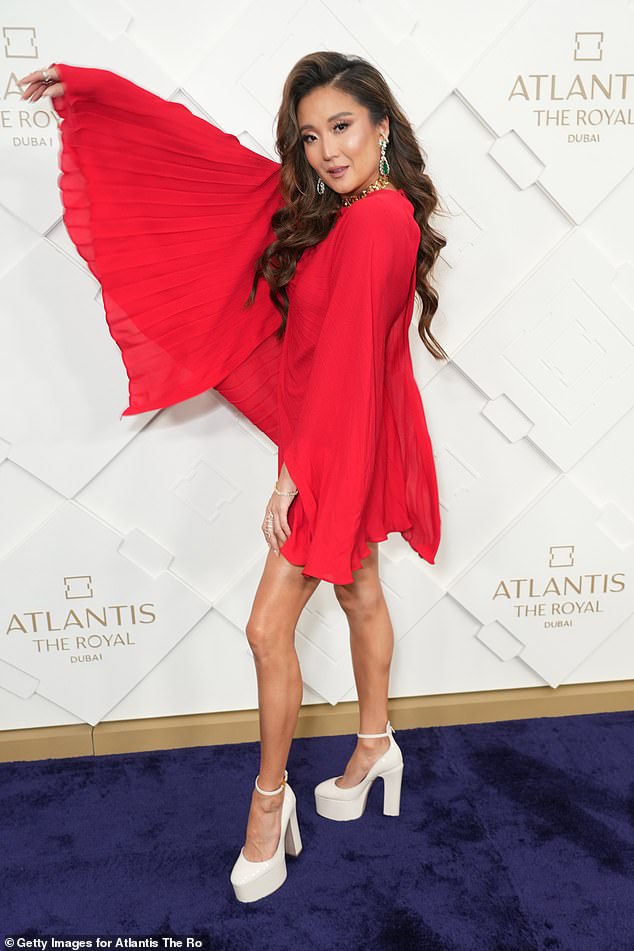 Ashley Park, 31, has to wear a foot brace after taking a tumble in her towering platform heels while watching Beyonce’s concert in Dubai 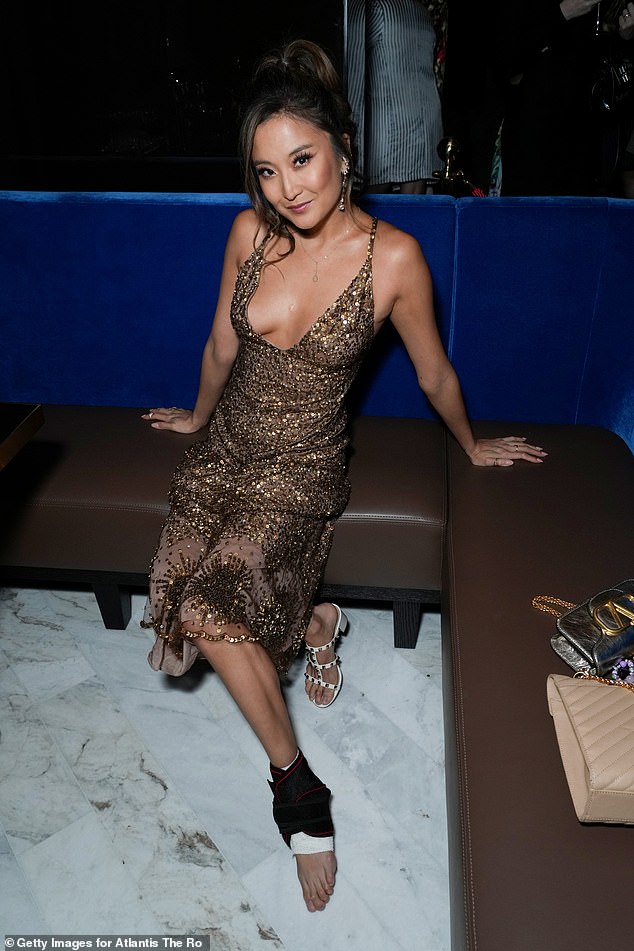 The Emily In Paris star remains adamant that ‘it was worth it’. She adds: ‘I’m just a child and shouldn’t be allowed in platform heels’ 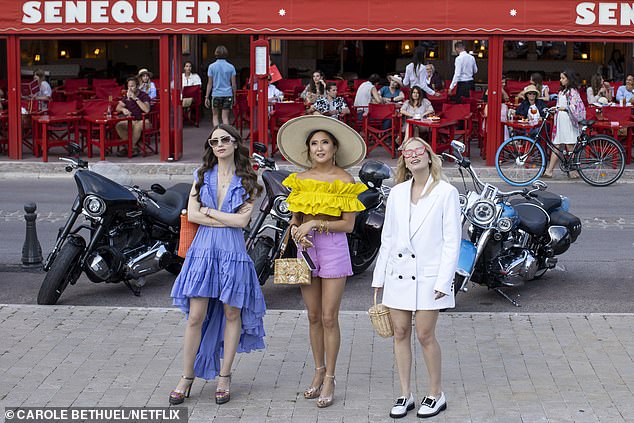 As a prominent woman of colour who has married into an upper-class, white, British family attached to one of our most beloved institutions, Danielle de Niese might be expected to have an affinity with the Duchess of Sussex.

However, the opera star, who is married to Gus Christie, executive chairman of the Glyndebourne opera festival, says Meghan should have followed her example.

‘I am a mixed-race person and I have married a man who is not in the Royal Family but is still part of a big institution,’ de Niese (pictured) tells me. 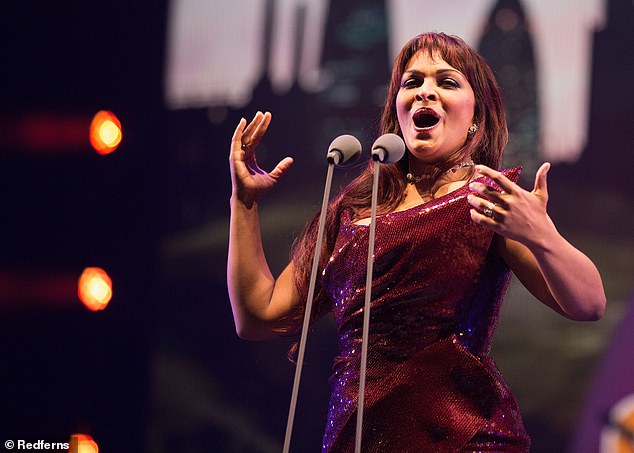 ‘I’ve set out to support my husband and learn about the people around me.

‘There were people who tried to imply that I was “trailblazing”, but I wasn’t into that because it feeds the ego.

‘I very much set about learning about everybody around me and what happens here.’

The soprano, 43, whose parents are from Sri Lanka with mixed European heritage, spent her childhood in Australia before emigrating with her family to America as a teenager. Now chatelaine of the estate in the South Downs, East Sussex, where music lovers enjoy picnics on the lawn before watching the world-famous opera during the summer, she considers Britain to be her home.

And she did not appreciate Meghan and Harry’s slurs about ‘racism’ in the Royal Family, which the Prince rowed back from in recent interviews.

‘What I think is strange is to get your home country of America to say that the entire country of Britain is racist,’ she says of the couple’s comments to Oprah Winfrey, which caused worldwide controversy. ‘I find that very unsettling. 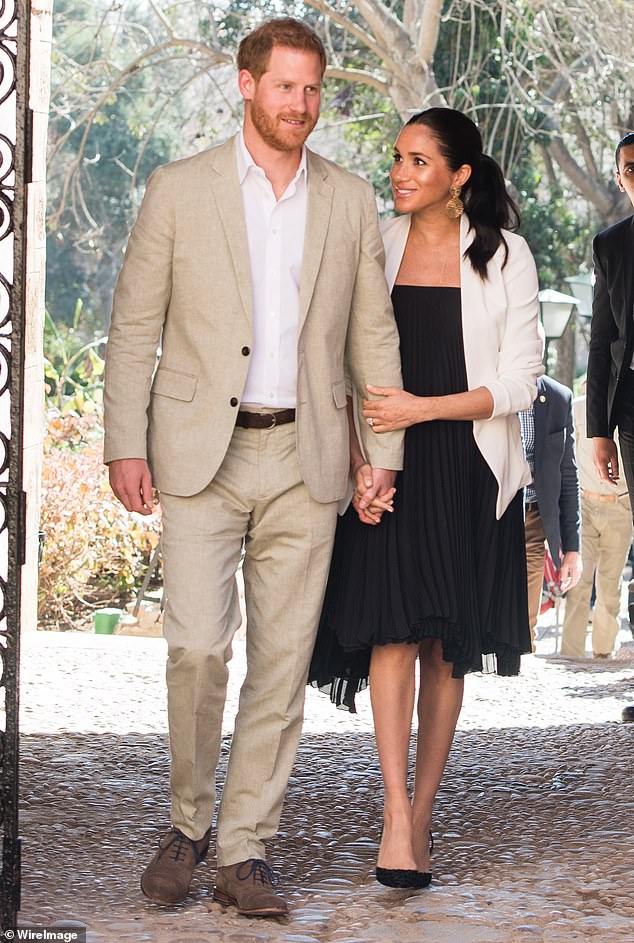 ‘It’s not to say that racism isn’t everywhere, because it is, but I don’t think you can tar everyone with the same brush like that. To say a whole community of people are racist, that hasn’t been my experience.’

The First Lady of Glyndebourne has two young children with Christie and is stepmother to his four sons from his first marriage. ‘When Meghan and Harry first came to public attention, everyone was super happy for them,’ she adds.

‘I feel like we’ll never really know why it went wrong. It’s a complex story.’

When Frank Allen, bassist with 1960s hitmakers The Searchers, bumped into Sir Mick Jagger as they were waiting to catch a flight, he handed him a copy of his autobiography.

In it, Allen, 79, whose hits include Sweets For My Sweet, describes the singer, also 79: ‘[His] slim-hipped body that still would not look out of place on a tight-bummed Spanish bullfighter is propping up the face of a Shar Pei (above right) these days as he cavorts his way through his fifth decade.’

He can still remember the black look he got from Jagger. ‘But I waved — and he grudgingly waved back,’ Allen says. 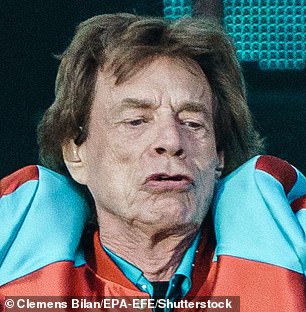 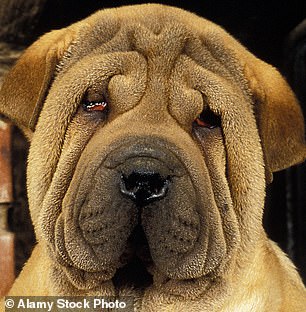 Frank Allen, bassist with 1960s hitmakers The Searchers, bumped into Sir Mick Jagger as they were waiting to catch a flight

Dame Emma Thompson is relieved that she has been nominated for a Bafta award for her performance in Good Luck To You, Leo Grande, as well as her co-star Daryl McCormack. The pair have been nominated for leading actor and leading actress for their roles in the drama, which sees Dame Emma, 63, play a repressed widow who hires a male escort, Peaky Blinders star McCormack, 30. ‘My wonderful co-star is also nominated, which is such a great thing because if he had been nominated and I had not, I probably would have had to kill him,’ Dame Emma tells me at a London bash

Why Beverley’s lucky in love

GB News star Beverley Turner wakes up each morning next to her ‘toyboy’ James Pritchett (pictured) feeling ‘like the luckiest woman in the world’.

Speaking before she collected the Aspirational Public Figure prize at the Inspiration Awards For Women at the Landmark hotel in London’s Marylebone, she tells me: ‘I just think I’ve won the lottery, and not just because he’s handsome. He helps with picking up the kids from school and he deals with the homework, and just allows me to be me.

‘That’s what all women need — not someone who tries to make you into something else.’

Before she met Pritchett, who’s 15 years her junior, Turner, 49, was married to Olympic rower James Cracknell, 50, with whom she has three children. 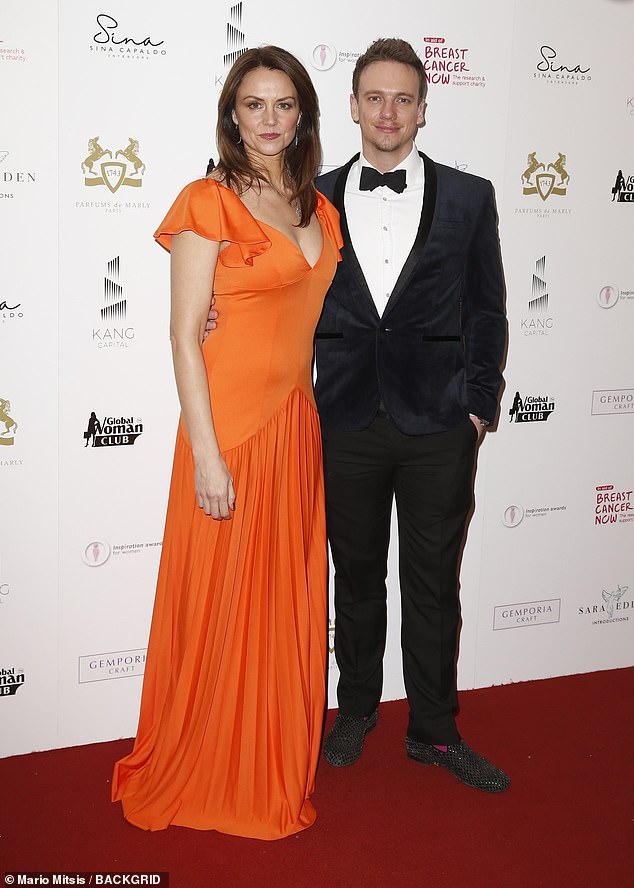 Helena Bonham Carter, who made her name in period dramas such as A Room With A View and Howards End, says she chose them because she didn’t have the ‘right body’ to be a Hollywood star. ‘I remember going to America the first time when I was about 19 or 20,’ the 5ft 2in actress tells me at the preview screening of forthcoming ITVX drama Nolly, in which she plays Crossroads star Noele Gordon.

‘I just felt so deficient because my legs didn’t go on for six years. I wasn’t particularly sexual, and I didn’t have the right body.

‘That’s why I did costume drama.’