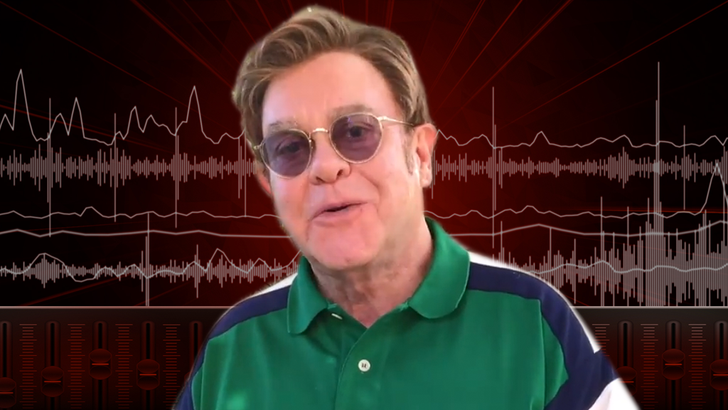 Sir Elton John is sticking to his sobriety — unlike a lot of folks navigating life in the pandemic — and he says Zoom is a huge reason why he’s still on the wagon.

The Rocket Man says attending virtual Alcoholics Anonymous meetings has “been a lifesaver” over the last 9 months. A recovering alcoholic, Elton tipped his cap to Zoom while appearing on Meghan Markle and Prince Harry‘s new podcast, “Archewell Audio.”

He says the video conferencing platform has allowed him to keep up with friends and sober buddies in AA.

As we first reported … AA chapters across the globe turned to services like Zoom when the outbreak exploded back in March, providing a much-needed support system for folks in the program.

Elton, who reached 30 years of sobriety in July, says attending his AA meetings every Sunday, from his home in England, is keeping him on the straight and narrow.