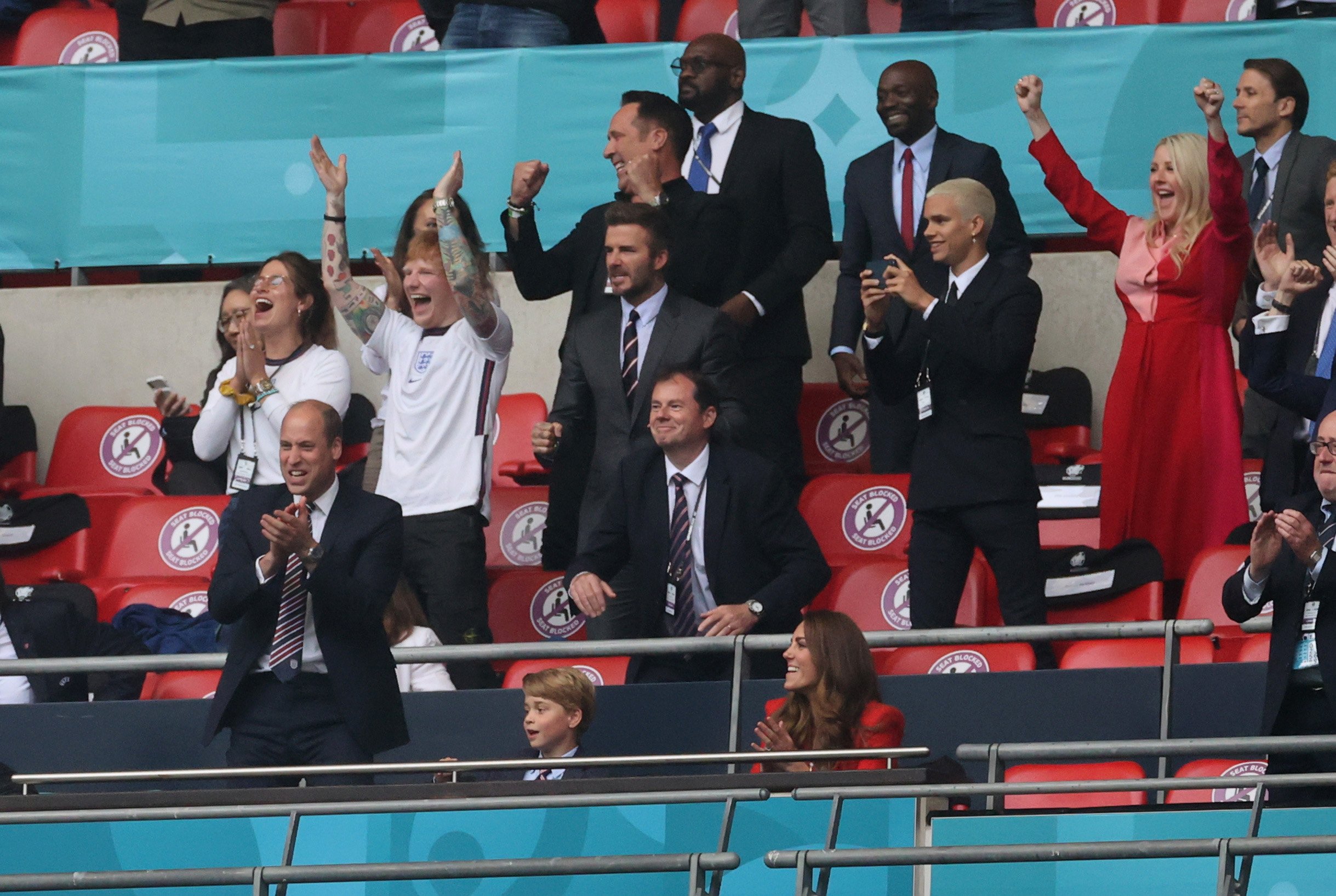 England taking on Germany at Uefa Euro 2020 was one of the most-anticipated games, and the celebs were out in force – both in person and at home – to cheer on the home team to victory.

It was a nerve-wracking game, but England won 2-0 against Germany, beating the team for the first time since 1966.

Eagle-eyed viewers spotted that Bad Habits star Ed Sheeran was in attendance on the day, after having performed his new single for the England squad on their day off earlier in the week, and was sitting next to David Beckham in the stands.

The pair were later seen throwing their hands in the air in celebration as England took the win.

Ellie Goulding was also seen arriving before the game with husband Caspar Jopling, wearing a striking red and pink dress for the match.

David Baddiel and Frank Skinner, the brains and voices behind the UK’s most popular football anthem Three Lions, were among the crowd, sharing a selfie before the game kicked off.