WIMBLEDON, England — Even in this era of prolonged tennis careers, Barbora Strycova has been coming to Wimbledon longer than most. She recalled Tuesday that her grandfather took her to the Wimbledon Museum when she was 2.

More than three decades later, Strycova is closer to the trophy than she has ever been. She became the oldest first-time Grand Slam women’s singles semifinalist in the Open era with a 7-6 (5), 6-1 win over Johanna Konta, the top British player, on Tuesday afternoon on Centre Court.

The milestone has been a long time coming for Strycova, a Czech who first gained attention as a junior champion at the 2002 Australian Open. The player she beat in the final of that tournament, Maria Sharapova, would go on to win the Wimbledon women’s title two years later; Strycova has waited 15 years beyond that for her first major semifinal. Only once before, at Wimbledon in 2014, had she even reached a Grand Slam quarterfinal in singles.

“I’m not really a patient person,” Strycova said Tuesday. “But I’m a fighter. I like to fight for something that I really want.”

In her 16th main draw appearance in singles at Wimbledon, Strycova has distinguished herself with vintage play. She has serve-and-volleyed far more than any other woman in the draw, coming in behind her serve on 20 percent of points (the next-closest is 14 percent; the field average is 1 percent).

Strycova, who is ranked 54th in singles and third in doubles, shows more comfort than most at the front of the court, using her preternatural anticipation and soft touch to make up for a lack of height or wingspan. At 5-foot-5, Strycova can easily play slices and low balls, which prove particularly effective on grass and often unnerve opponents used to receiving rhythmic baseline pace.

Lukas Dlouhy, who coaches Strycova with David Kotyza, said “the puzzle came together” during this tournament.

“She has so many options,” Dlouhy said. “When she’s thinking clear, and doing the right things from what she’s able to do, it’s always dangerous for the other players. That’s why she’s so good, and so dangerous for the players who play only one or two systems.”

The 19th-seeded Konta led by 4-1 in the first set before Strycova seized control of the match, and credited Strycova’s play for the reversal in the score. (After the match, Konta weathered repeated questions from British reporters who attempted to shift her focus to her own mistakes. One newspaper headline referred to Strycova as an “unseeded nobody.”)

“She asks you a lot of questions with a lot of balls,” Konta said of Strycova. “She’s able to move the ball around in kind of a tricky way. She can slice really well. She can slow the game down quite well.

“She, I think, gives her opponents every opportunity to not feel great out there. That’s what she handed to me. I couldn’t find an answer for it today.” 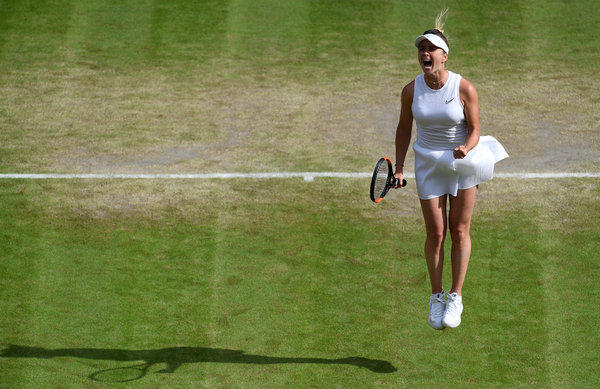 Strycova’s next opponent, the 23-time Grand Slam singles champion Serena Williams, said that she was “definitely geared up” for the challenge of facing the “incredibly tricky” Strycova.

Though she has not won a set in their three singles matches, Strycova handed Williams and her sister Venus their only Olympic doubles loss, teaming up with Lucie Safarova to beat them in the first round of the 2016 Olympics.

“I don’t have fear,” Strycova said. “I just will go there Thursday and I will try to play my game. Of course, I don’t have such a power like Serena, but I have other weapons. I will try to use them as much as I can. I will enjoy. I have really, at this point, nothing to lose.”

Strycova is not the only semifinalist to end a long wait. Eighth-seeded Elina Svitolina broke through to her first Grand Slam semifinal, beating Karolina Muchova 7-5, 6-4. On Thursday, Svitolina will face the seventh-seeded Simona Halep, after Halep defeated Zhang Shuai, 7-6(4), 6-1, to reach her first Wimbledon semifinal in five years.

Svitolina, a 24-year-old Ukrainian, has demonstrated world-beating talents outside of the Grand Slam events, reaching a career-high of No. 3 in the rankings, beating No. 1-ranked players six times, and winning elite titles like the year-end WTA championships in Singapore last year.

But since reaching the semifinals at the Indian Wells tournament in March, Svitolina had won only two matches. And her finally making a Grand Slam semifinal at Wimbledon, where she had a losing 5-6 record coming into this year, makes the breakthrough even more remarkable.

Svitolina said she tried to keep herself distracted from the milestone with other matters.

“‘Stop it,’” she said she told herself when thoughts of the roadblock crept in. “Let’s think of what I’m going to have for dinner.” 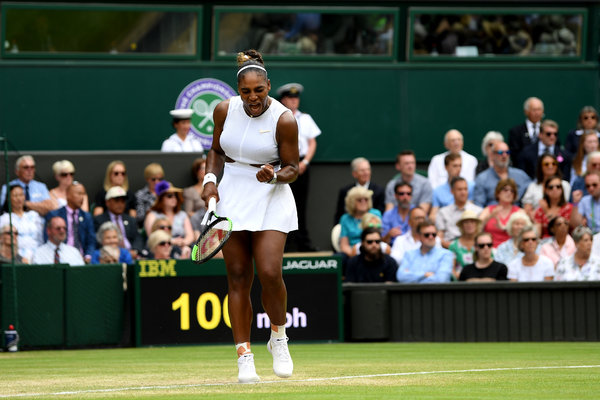 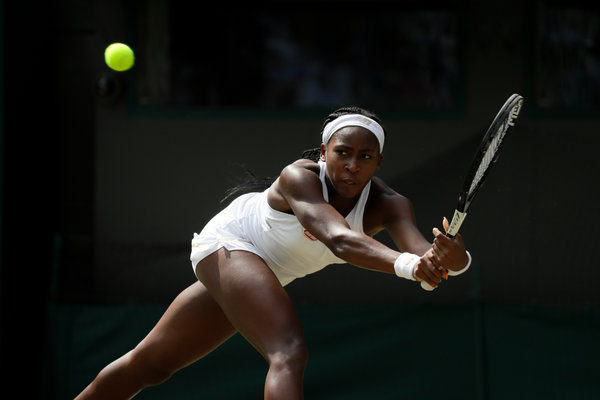 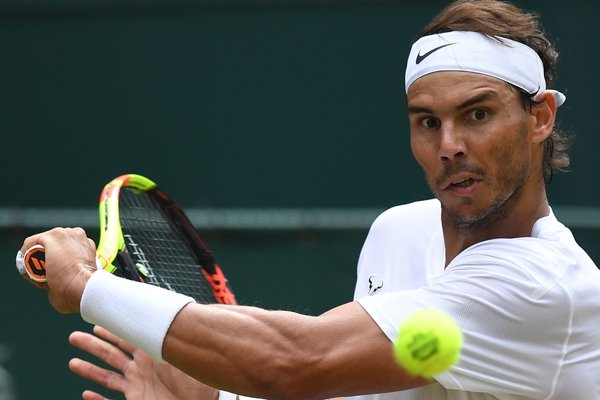