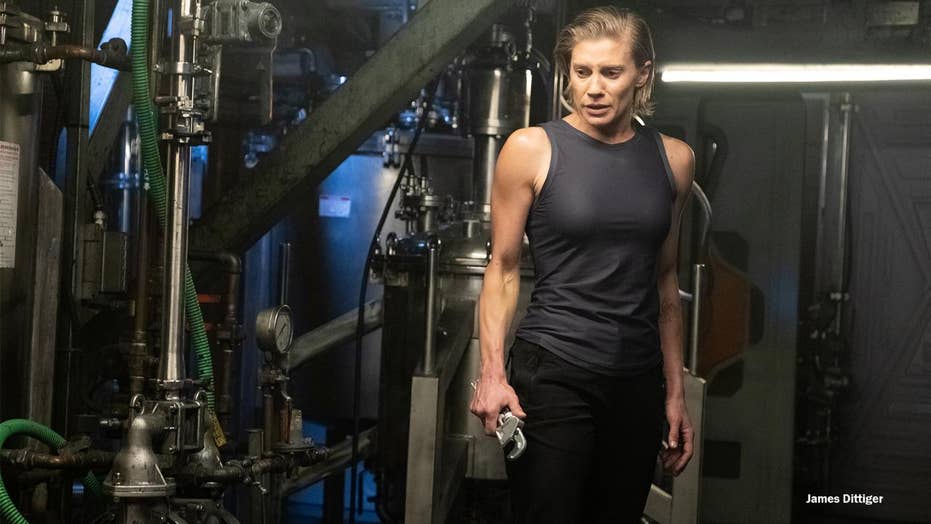 Katee Sackoff of ‘Battlestar Galactica’ fame revealed why she waited a decade to take on sci-fi again with Netflix’s ‘Another Life.’

It’s taken 10 years for Katee Sackoff to return to space.

The 39-year-old star previously made her mark in Hollywood as Captain Kara “Starbuck” Thrace in the hit sci-fi series “Battlestar Galactica,” which aired from 2004 to 2009. Now, the actress is returning to the great beyond with Netflix’s streaming show “Another Life.”

In the new series, Sackoff plays astronaut Niko Breckinridge, who is determined to find alien intelligence and faces imaginable danger while on a mission that could put her quest to return home in jeopardy.

Sackoff spoke to Fox News about her past with “Battlestar Galactica,” why sci-fi keeps luring her in and what it was really like working with her co-star Selma Blair. 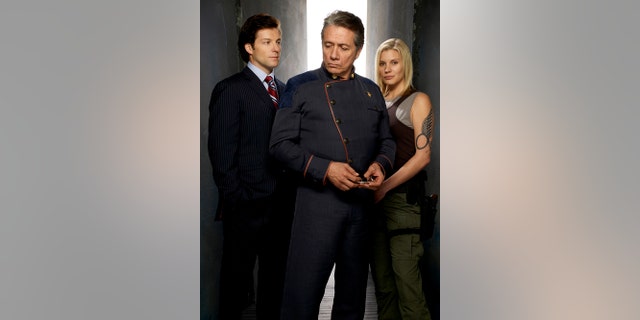 Fox News: You must have countless, but what's one memory from your time filming "Battlestar Galactica" that still sticks out to you?
Katee Sackoff: Oh my gosh. "Battlestar" was such a phenomenal experience and that cast is like family to me. There are so many moments. A funny one is, I knew that Tricia Helfer and I were sort of cut from the same cloth and probably going to be lifelong friends when we had a fight scene together. She and I realized that we're both bruisers. And we went after that fight like a couple of boxers and had such a great time working together in the physicality of it. They actually wouldn't let us do a stunt at the very end, and both of us were wildly disappointed. We just became fast friends at that moment, so that was such an important scene for me. 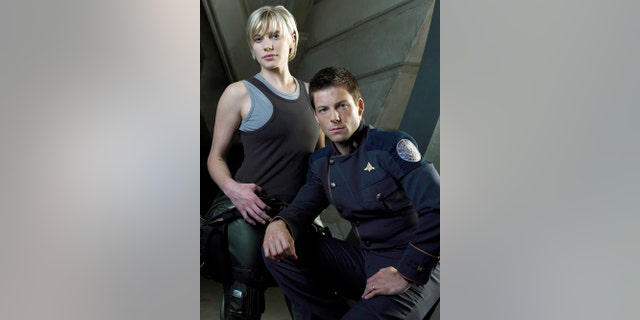 Fox News: Does it ever get tiring or even frustrating as an actress when fans still bring up your days as Starbuck?
Sackoff: It doesn't, I loved playing Starbuck. It might have bothered me a year afterward, but we've got so much time now between the show and now. But Starbuck was such an important part of my career. I never dreamed that a science fiction show would give me the rest of my career, and I had been working for about 10 years before that, so I just thought it was another job. But for me to be identified with a strong female character is the best gift that I could ever get. And if I get typecast playing these characters for the rest of my life, there are worse things to have in life than to be able to go to work and pretend to be the women that you wanted to grow up to be. 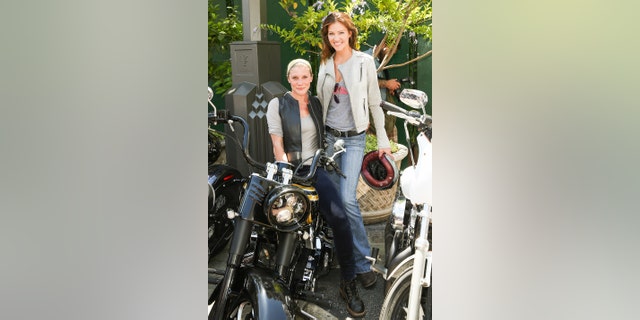 Fox News: What was it about "Another Life" that drew you in?
Sackoff: Yeah, for me, the chance to be associated as a producer with this project over at Netflix was so important, going back into sci-fi. After "Battlestar Galactica," I really wanted to give fans something fun and exciting, and that was really important to me. And then what I loved about this story is that at its core it is a drama about family and the human condition and how far you'll go to protect the ones that you love. We can all relate to that. So it really made me fall in love with the cast of characters and Niko especially.

Fox News: You previously described waiting 10 years to go back into space. Why?
Sackoff: At first, it was purposeful and then just being on "Longmire" for so many years it ended up being as long as it was… And so, for me, it was really important to take a break from the genre and try new things. But also, I was scared. You have such a loyal fan base in this genre and I really wanted to make sure that what I was giving them was something that I was proud of and had a little bit of control over. That's what I love about "Another Life." It's very different from "Battlestar Galactica." Really the only thing that we have in [common] is the genre and that we're in space. Everything else is very different about this show and I love that. 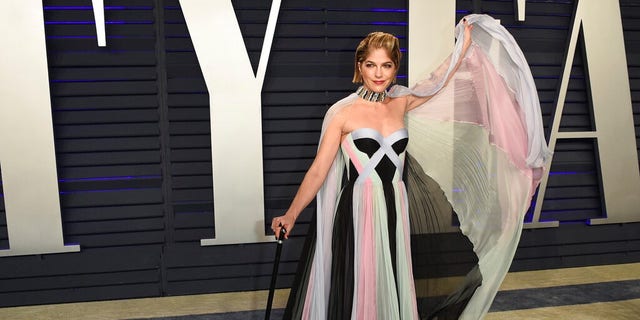 Fox News: What was it like working with Selma Blair?
Sackoff: Selma’s amazing. The first job that I ever booked when I moved to Los Angeles was a show with Selma Blair, so it was fitting that we work together again. And I am such a huge fan of her as an actress, but more so as a human being. She is such a hero. And what she is doing right now for people living and working with disabilities is just beautiful. She's a hero, she is attacking [MS] with self-deprecation and humor and she's allowing us to see into her daily struggles, which is such a special thing for everybody, and they are falling in love with her as much as the people that know her.

Fox News: What initially sparked this love of sci-fi for you?
Sackoff: My dad. My dad was the one that instilled this love of sci-fi with me. I was his little movie buddy when I was a kid and he showed me movies I should never have seen when I was a child. I think one of the first movies I ever saw was "Alien" and then "Predator." I was under 10 years old for sure. And he would just look at me with like this father nudge and be like, "Don't tell your mother." So it gave me a love of the genre, but it also gave me a love of film. It made me from a young age realize that this was not real and that you could actually create stories and make a living out of it and my dad did all of that.

Fox News: Does he have a favorite project that you've done so far?
Sackoff: He loves "Battlestar" and "Longmire" for sure. But he's also really enjoyed "The Flash." And "Riddick." He was a big fan of Vin Diesel, so for me to be in "Riddick" was really cool for my dad.

Fox News: After being in much of space throughout your career in one form or another, do you believe there's life out there?
Sackoff: It'd be a terrible waste of space, wouldn't it? We are so tiny and minuscule in this universe that is so vast, we can only comprehend how big it is. And I would think to quote Jodie Foster that it would be a terrible waste of space if we're alone.

Fox News: How surprising has it been to see Hollywood embracing more strong female characters?
Sackoff: When I was growing up and had this love of film and action movies, in particular, I always wanted to be Bruce Willis because there were so few strong females. And then Linda Hamilton came along, Sigourney Weaver came along, Lucy Lawless came along in these strong pivotal roles for me.

And when I first started, they were few and far between, and it has been really great to see the industry embrace strong characters. It's one of the reasons why I loved this genre so much when I first started acting, because strong women were always in science fiction projects. Strong, capable women were the norm in sci-fi, and so that's one of the reasons why I always leaned towards this side of things.

Fox News: Despite your success, was there ever a time in your career where you felt like giving up?
Sackoff: I have been incredibly blessed in my career. As soon as I moved to Los Angeles, within a few months I did start working. I call it the blissful ignorance of youth. I think that I started when I was so young, I never realized how scared I should have been. And I think that that actually helped propel my career forward in a sense because I didn't have a plan B at all. I still don't.

So hopefully it continues to work out, but there was never a moment where I wanted to quit for I guess lack of work. As I said, I've been very lucky, but there has been a part of me that has always craved something a bit more relaxing and with more of a home base. And so there've been times where I've wanted to leave the business for sure. I mean, I can't imagine going through this for 25 years and not wanting potentially something different.

"Another Life" is currently streaming on Netflix.