Goldie Hawn, 75, is celebrating her love Kurt Russell on his 70th birthday! The actress shared a cute video of the two of them presenting an award together to Instagram on Mar. 17 along with a funny and heartfelt message that helped sum up their incredible relationship perfectly. She even included a line about how they never married and summed up why that doesn’t matter with loving words.

“Happy birthday baby! What a wild ride,” she wrote in the caption for the post. “No, we never got married but one thing that continues to grow is our love. You’re a wild one, brilliant, lovable, childlike, perfectly maddening, a father supreme and deeply funny!”

“I can’t imagine my life without you at any age, Kurt Russell,” she added. “You’re the catch. And you’re all mine ❤️” 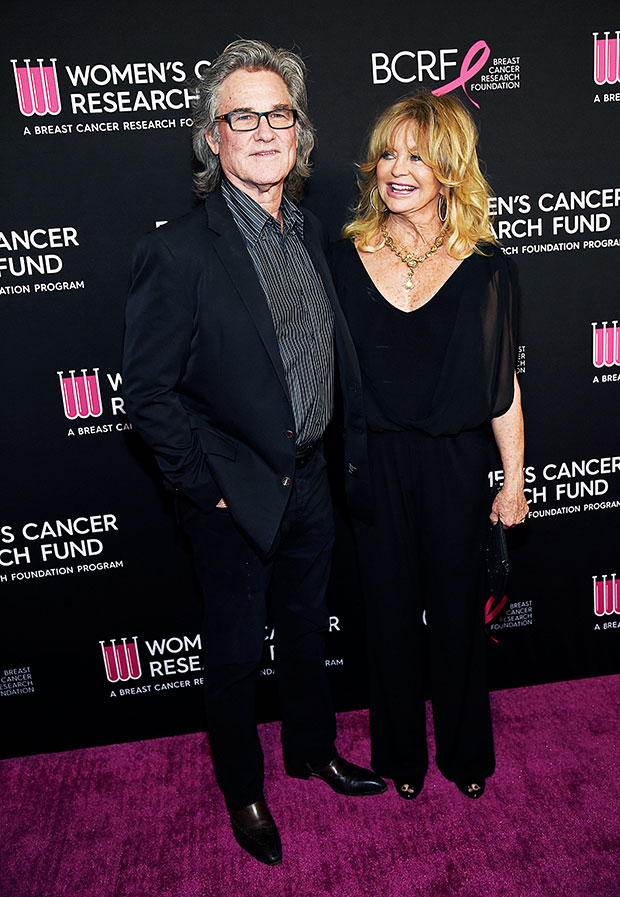 The marriage mention didn’t stop with her caption. In the awards clip, Goldie was gushing over how she and Kurt are “co-stars, compadres, companions and a couple” and he replied with, “There’s only one thing we’re not.” After she asked him what that was, he hilariously replied with, “married.” She went on to playfully ask him if that was a proposal and he teasingly told her she was putting him “on the spot” before he suggested they “talk about it later.”

The cute moment is a good representation of what Goldie and Kurt have been asked a lot about over the past several years. Although they never married, they have been happily together for 39 years and are always sure to let others know that they don’t need to get hitched to be deeply in love. The couple fell in love while filming the 1984 picture Swing Shift and in an interview with Ellen DeGeneres in Nov., Goldie revealed what first drew her to the hunk.

“I remember about Kurt, not only being really sexy and handsome and all that stuff, and fun — a good co-star. I loved the way he looked at my children,” she said. “It was really something special and that was…he’s good with kids. And I kind of went, ‘Oh my god. This is amazing.’”

At that time, Goldie was the mother to just son Oliver Hudson, 44, and daughter Kate Hudson, 41, who she shared with ex-husband Bill Hudson, 71. Since then, she and Kurt welcomed their son Wyatt, 34, in 1986.

“I did have a boyfriend at the time,” Goldie further confessed when talking about falling in love with Kurt. “That was hard, because I had to call him and tell him that we were done and that I had found somebody and that I was so sorry.”