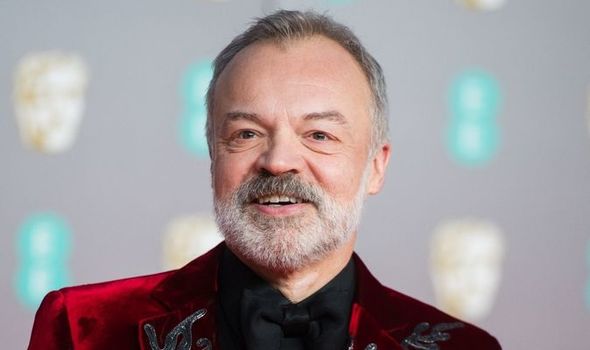 The host – on telly in a New Year’s Eve special tonight – lost nearly half of his blood when he was stabbed in New York in 1989. But Graham, who was in the American city studying drama, said recovering helped him to develop a fearless mental attitude.

He said: “It was really traumatic, but it did give me a sort of bravery heading off into life from drama school… I’ll go, ‘OK, I’m going to do this.What’s the worst thing that can happen?’

“Of course, the worst thing that can happen is somebody stabs you and you die.That’s really as bad as it gets.

“But it happened and so I know that whatever else I do, it won’t be that. I might get terrible reviews, I might be humiliated, I could get fired, but they all pale into insignificance with surviving something like that.

“I don’t think I consciously survived a stabbing and went, ‘Right. That’s it.

“But looking back, I see that it did influence me. It put things in perspective for me.”

Graham ended up in intensive care after a stranger found him lying in the street following the mugging.

The star, 58, recalled: “In that recovery bit – in the first 24 hours when you’re not really there – you feel kind of God-like with the amount of clarity you have. I remember this feeling…that if the world leaders came to you, you could solve everything.

“It goes very quickly, and I don’t remember what I was thinking, but I remember the feeling.”

But Graham admitted 1980s TV series The Equalizer, starring Edward Woodward as a vigilante crime-buster, made him terrified of the city.

He laughed: “I think I watched too much of that because I got to New York and was just terrified. If two people were talking, then it was a drug deal going bad. It was all terrible!”

He will be on BBC One tonight at 10.20pm for his traditional Hogmanay chat with stars including actor Michael Sheen and comedian Joe Lycett.