Over a month after the passing of her son River Kelly Smith, country singer Granger Smith‘s wife Amber Smith is sharing a heartwarming moment.

As we reported, the three-year-old died in a devastating drowning accident at their family pool in Georgetown, Texas in early June, and it was shared by both parents at the time that they would “donate his organs so that other children will be given a second chance at life.”

On Sunday, the 37-year-old penned a lengthy caption on Instagram about their decision, sharing:

“I’ve always known I wanted to be a donor if anything were to ever happen to me. I just felt that if I had viable organs, why would I go into the ground with them? My spirit would be in Heaven, so why not save a life if I could? Never in a million years did I think I would be making that decision for my baby. When 3 different neuro specialists told us that River had 0% chance of brain recovery (yes 0, not 10 or 1%, 0) after shock and reality set in, I thought, how can we bury our sweet baby and not try to help others?” 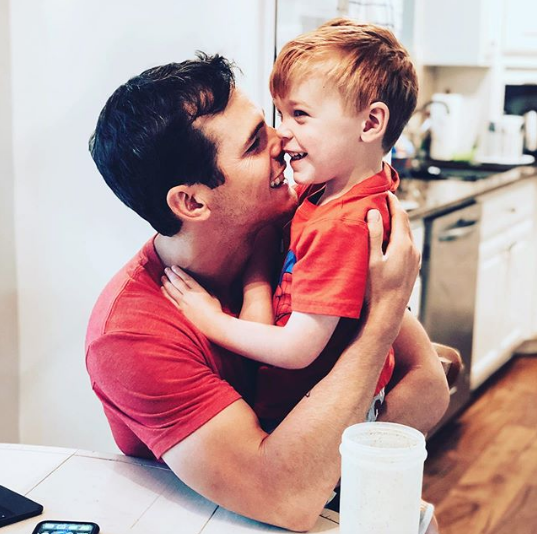 Amber looked back on the difficult day where she and her husband made the decision to expedite the donation process so everyone could be at peace. She continued:

“His body is perfect, his organs are perfect, we had to do something. There are so many people waiting for an organ to save their lives. The doctors said donation was quite a process. We would have to search for viable recipients and it could take days. We knew River’s spirit was in Heaven, but we couldn’t bear to watch his tiny, earthly body be pumped full of all the medicines for 3 or more more days while they searched. They tried to expedite the process so our family could be in peace, told us they would take him back to operate the next morning, but we wouldn’t know what organs could be used until after. With such a small body, organs had to be measured physically, not just by X-ray.”

She reflected on their choice, and the difficult “walk of honor” they made with River in the Dell Children’s Medical Center:

“I spent the night laying in bed with him, crying and talking to him while they kept running tests and taking blood. The next morning family and staff lined the hall for the ‘walk of honor.’ We told them River liked to go fast, so to honor him, they pushed him down that hall faster than they had ever pushed anyone. Granger and I held each other and cried.”

The mother concluded her post by sharing she recently received notice two adults were saved because of River’s organs, writing:

“We got the letter that our tiny, red-headed hero gave life to 2 adults. A 49 year old woman and a 53 year old man. I cried when we opened it. Cried out of sadness & cried out of love. I’m so proud to be River’s mama and I’m so grateful to God that he gave him to us for those incredible 3 years. I pray these 2 recipients live healthy, joy filled, full throttle lives just like Riv. It was one of the hardest, yet easiest, decisions we’ve ever made. There are over 113,000 people waiting for transplants & 20 people die each day waiting. Go to OrganDonor.gov to see how you can help give life as well. ❤️”

We continue to keep the Smith family in our thoughts and prayers.