Hailey Baldwin was a dead ringer for the iconic popstar as she rocked some of Brit’s most memorable looks from ‘Baby One More Time’ and more!

Hailey Baldwin, 25, paid tribute to Britney Spears, 39, for Halloween! The Jimmy Choo model looked so much like early 2000s Brit as she rocked sone of the singers’ unforgettable looks in snaps taken by Amber Asaly, which you can see here. “Happy Halloweekend,” Hailey began in her caption. “The first concert I ever went to was the queen @britneyspears and I’ve been shook ever since,” she added, along with pumpkin and heart emojis.

In the first set, Hailey rocked the schoolgirl ensemble from the “…Baby One More Time,” getting the details just right with the pink pom-pom hair bands with a pen in hand. She posed against a set of lockers, revealing her tied up dress shirt and mini skirt, just like the ones Britney wore back in 1998. 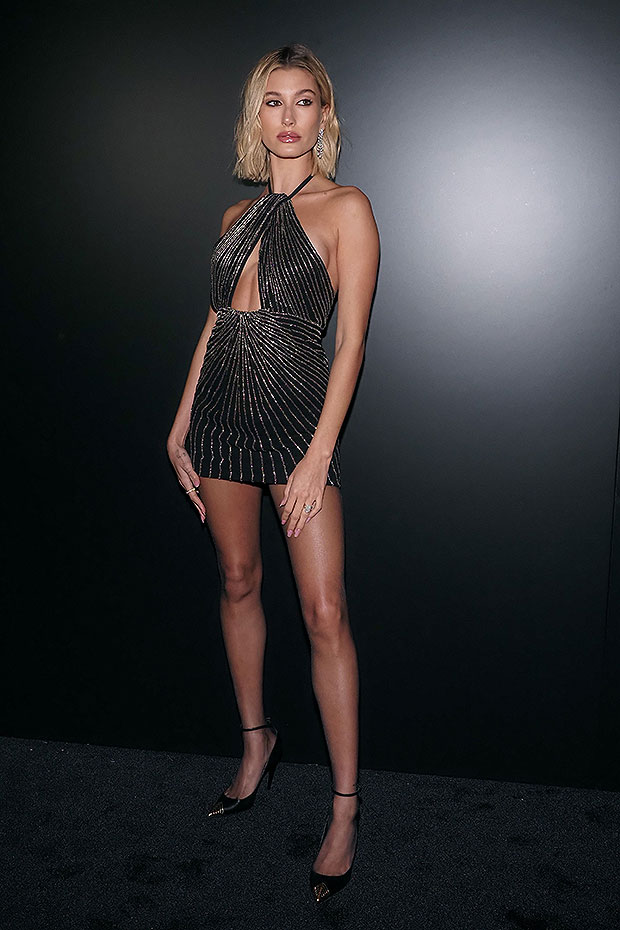 Next up, Hailey recreated the futuristic “Oops!…I Did It Again” video where the pop star headed to space. The blonde model was a dead ringer for Brit in the latex pink catsuit with the high ponytail as she pretended to be in space, holding her hands up to the camera. 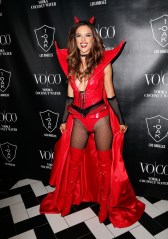 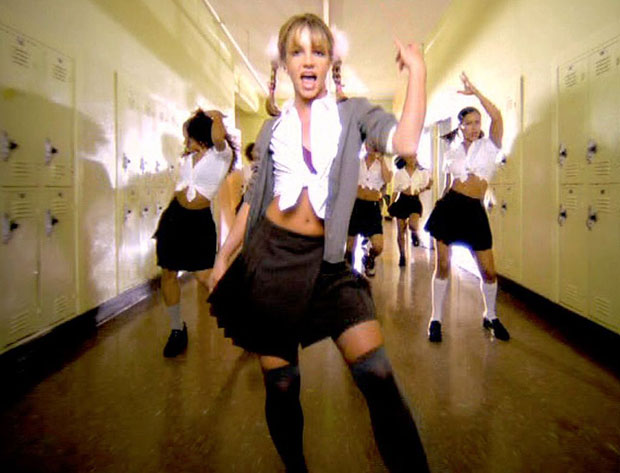 For the other images, Hailey posed on a bed with an open shirt á la the Crossroads stars’ controversial Rolling Stone cover. Finally, she channeled the Francis Lawrence directed “Slave 4 U” with the ripped pink bra top and patent leather pants with a bikini bottom over top. She nailed the look right down to the dewy skin as she walked in a short .GIF that looked straight out of the music video!

Her famous pals were obsessed with the look, and showed plenty of love in the comments. “Now I’m shook,” Canadian stylist Karla Welch wrote, while Kylie Jenner added a slew of heart eye emojis. “THERE IT IS!!!!!!!!!!” her own stylist Maeve Reilly gushed. BFF Justine Skye also posted, simply commenting, “WHOAAAA!” (she can say that again). No word yet on if the pop star herself has seen the look, but we’re sure Britney would be flattered!