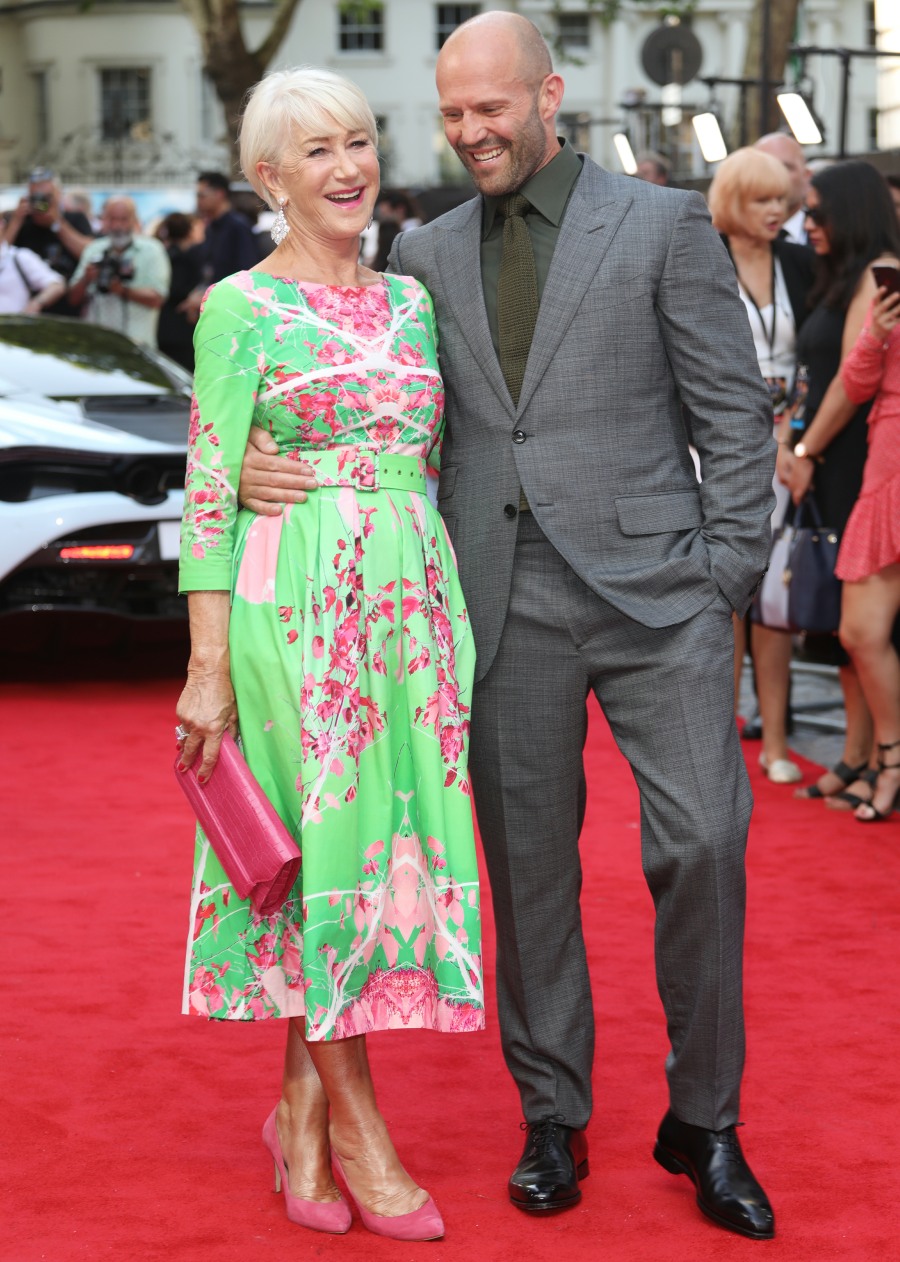 One of the best things to ever happen to the Fast & Furious franchise and spinoff franchises is Dame Helen Mirren. Several years ago, Helen Mirren happily admitted that she loved the F&F franchise and she would absolutely adore a role in any future F&F films. A cameo in The Fate of the Furious happened, and now she’s taken another cameo – reprising the same character – in the spinoff movie Hobbs & Shaw. She’s also scheduled to appear in Fast & Furious 9!! Dame Helen plays Magdalene Shaw, Jason Statham’s character’s mother. This time, Dame Helen is even featured in the trailer for Hobbs & Shaw.

I love it. And I love that Vanessa Kirby – who is best known for playing Princess Margaret on The Crown – is playing Statham’s kid sister, who is also a badass, complete with her own stunt work. It looks sort of cool, even though they basically gave away the entire movie in the trailer.

Anyway, here are some photos from the London premiere of Hobbs & Shaw last night. Helen wore a lovely floral dress to impress her “son” Jason Statham, and she happily posed with Vanessa too. Vanessa wore an elegant Ralph & Russo dress and I swear she reminds me so much looks-wise, like Maria Sharapova. Of course I’m also including photos of Idris Elba. Idris Elba in that t-shirt: a snack or a whole meal? 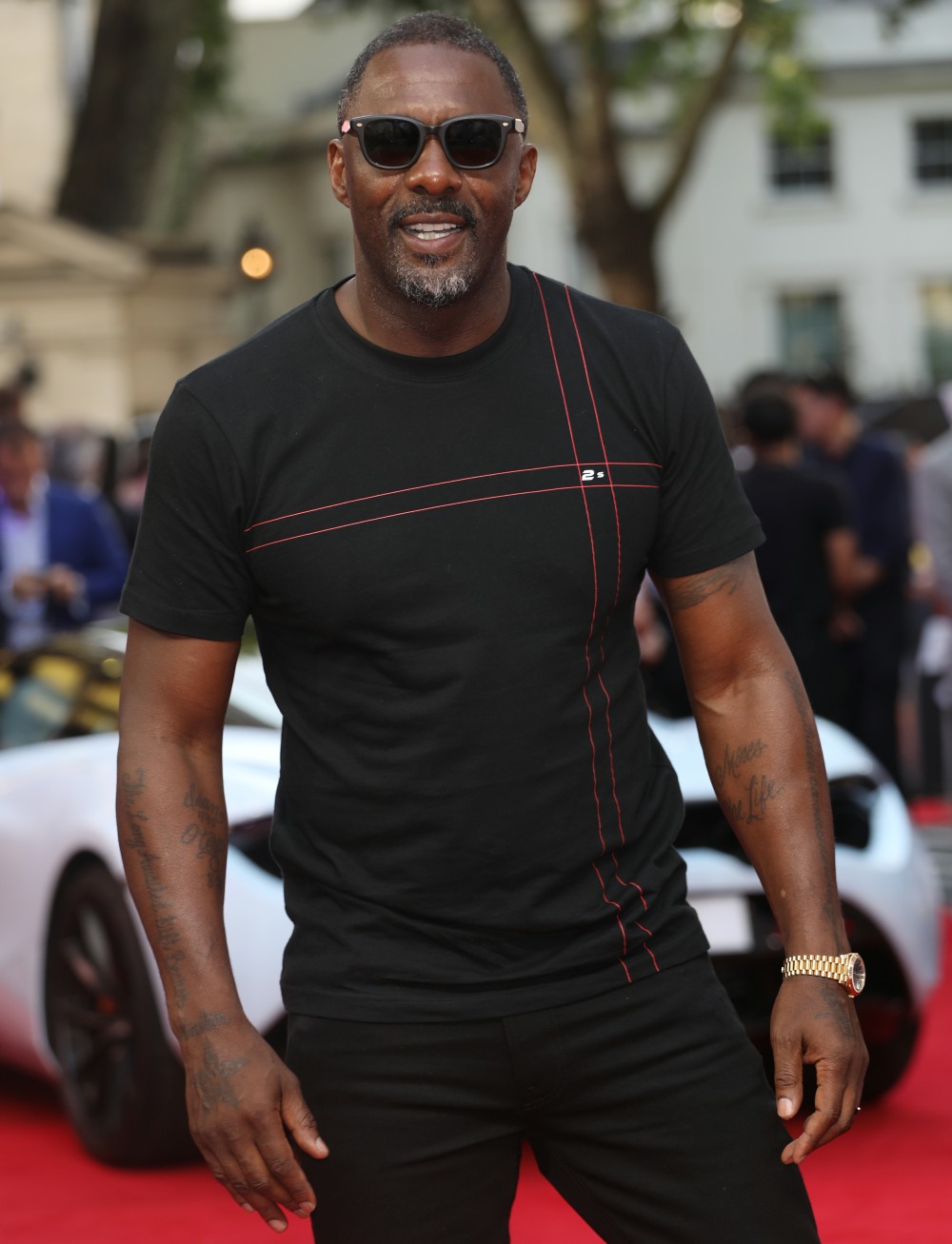 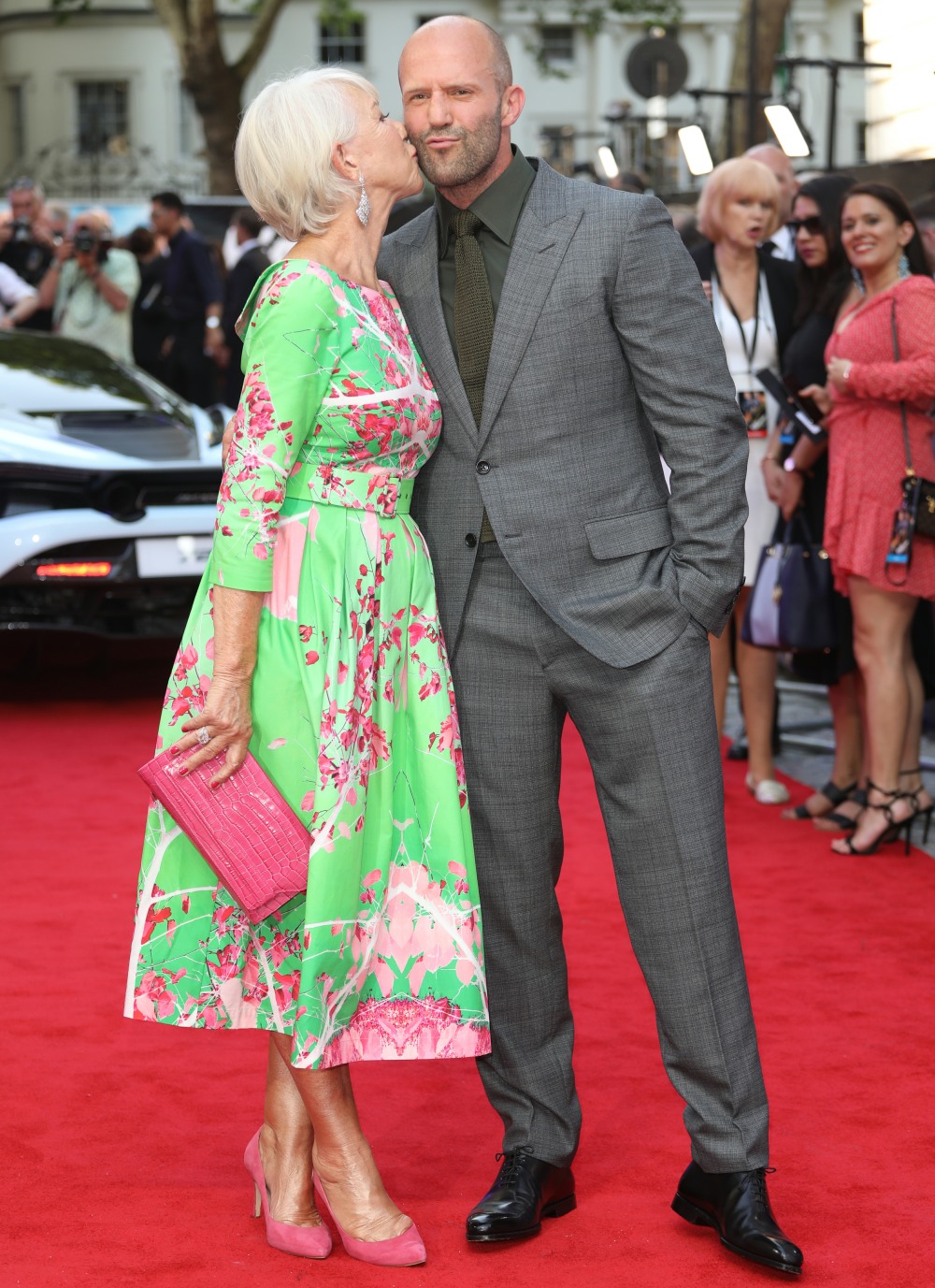 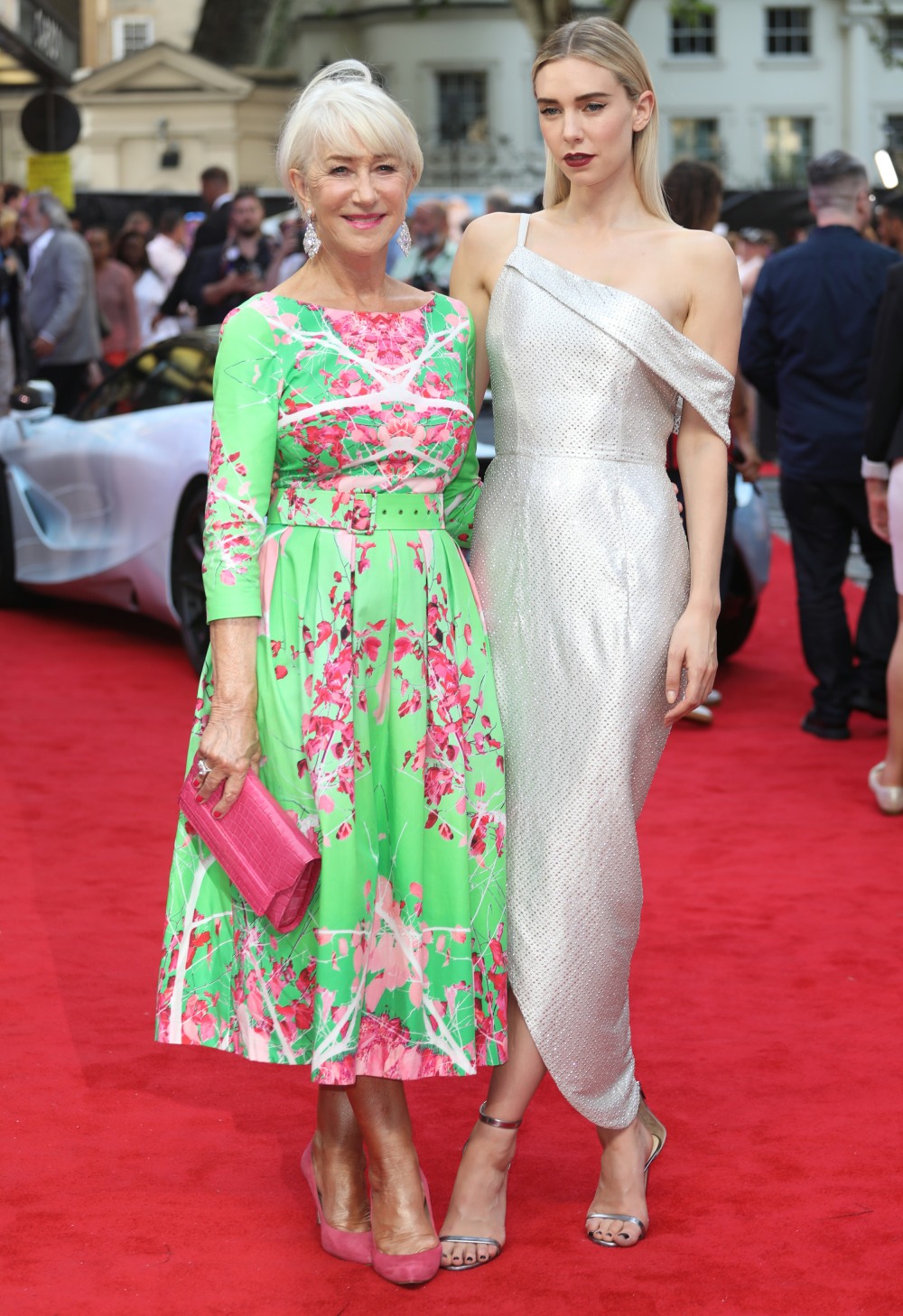