Every once in a while a piece of celeb news comes out that satisfies a craving I didn’t realize I even had. Like, for example, Hilary Duff’s reaction to Matthew Koma’s butt tattoo in her honor. Duff’s husband took to Instagram on Sept. 21 to post a picture of his butt featuring a new tattoo that writes "Hilary" scrawled on his left butt cheek. Just in case anyone was unclear on what the picture was of, he tagged the location as "Butt" and, for the caption, he hilariously wrote:

Duff was clearly pleased with her husband’s new ink. In fact, she was so thrilled that she chose to take to the comments to chime in her support. "Finest tiniest booty around," she wrote, before adding my new favorite hashtag, "#youstucknowboy."

Oh, also, no confirmation on this but there’s a chance the script might legit be Duff’s signature. I say this because one commenter literally wrote alongside a crying laughing emoji that he’s "gay enough to know that it’s actually her signature."

Upon some intense Google Image searching, I honestly think I agree. (Feel free to check it out on Google Images yourself and let me know what you think, but I think the way the "H" loops is a dead giveaway.)

I mean, listen. I didn’t wake up this morning thinking, "I hope Hilary Duff’s husband gets her name tattooed on his butt in script that pretty much exactly mimics her signature." But now I could never imagine my day without having learned of this amazing development. 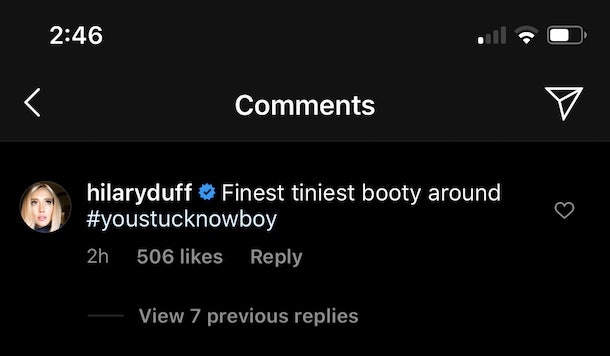 Duff and Koma welcomed their first child together, a daughter, in October 2018. Over a year later, on Dec. 21, 2019, Koma and Duff tied the knot in an adorably cozy Los Angeles ceremony, which was covered by Vogue.

On Valentine’s Day 2020, Koma penned this adorable tribute to his longtime love:

I got to marry my Valentine last year, and become a daddy to a mini Valentine the year before that. The luckiest. Ba, thank you for being my 5x Valentine and for bringing out the Hallmark in me. Here’s to 80 more…unless science allows for a 200 year lifespan. In which case, I’ll give you a 150 year out…since you’ll still be really sharp and fit and beautiful and smart at 150, you’ll pull a young 100 chump who writes better songs. 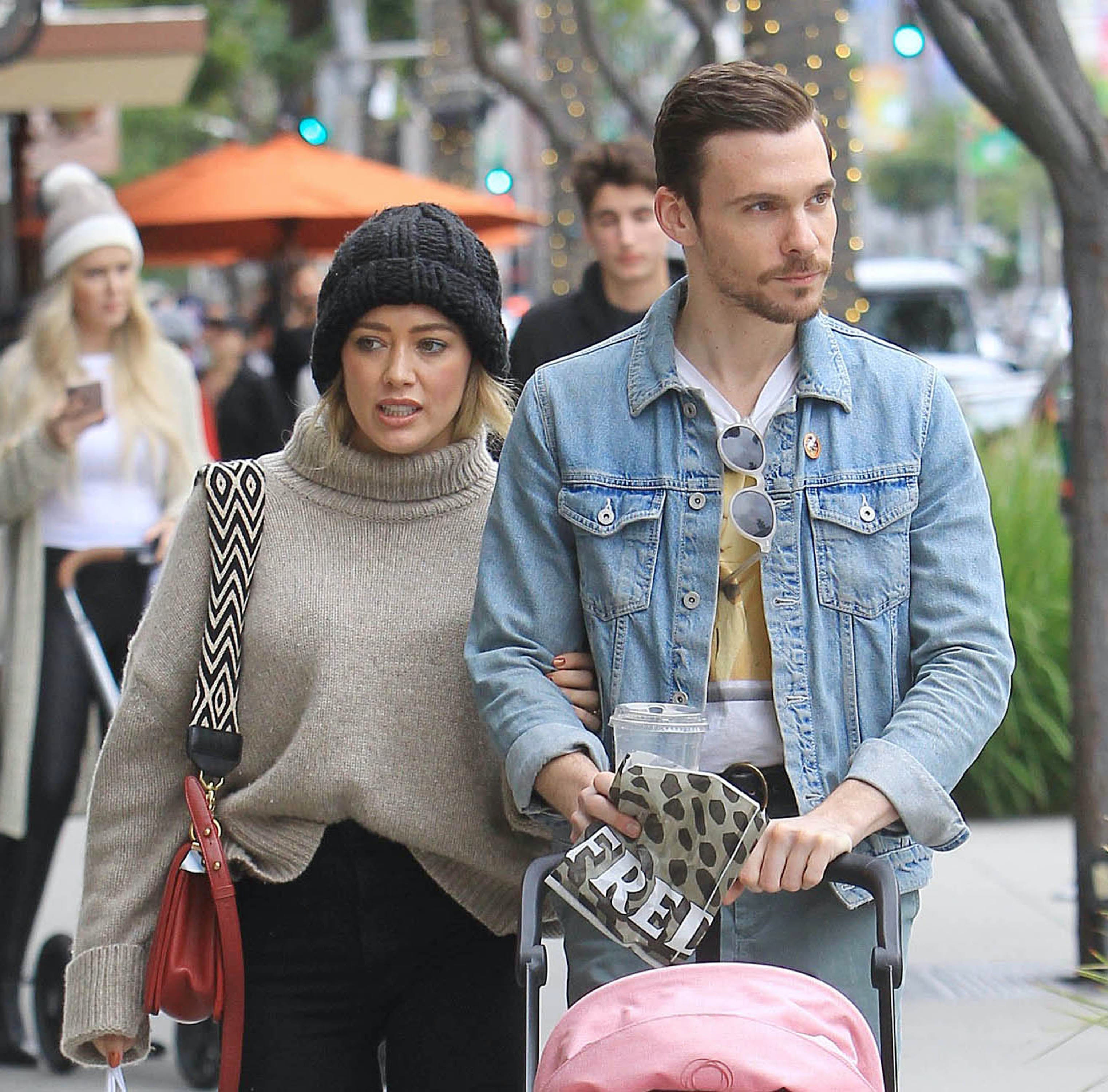 I know he listed a lot of milestones in that caption, but, honestly, I don’t think any of them compare to the moment he got a butt tattoo in her honor. I mean, what a sign of commitment.