Holly Willoughby, 38, is set to switch things up by hosting This Morning with Phillip Schofield, 57, on a Friday in honour of their final show before their summer break. The stars will soon be embarking on their holiday from the show and won’t be returning until the first week of September. In celebration of the occasion, Holly took to Instagram yesterday to share a jubilant post to mark of her penultimate appearance on the ITV daytime show. The blonde beauty was pictured in a summery denim dress paired with nude stiletto heels and a delicate gold necklace.

She wore her locks in loose waves and punched the sky with glee in one of the snaps.

The presenter captioned the post: “Morning Thursday… getting slightly giddy that this is our penultimate show before the summer!

Fans took to the comments section to compliment Holly on her choice of outfit.

One wrote: “Where is the dress from plz it’s lovely?”(sic)

Another added: “U looking so lovely every morning.”(sic) 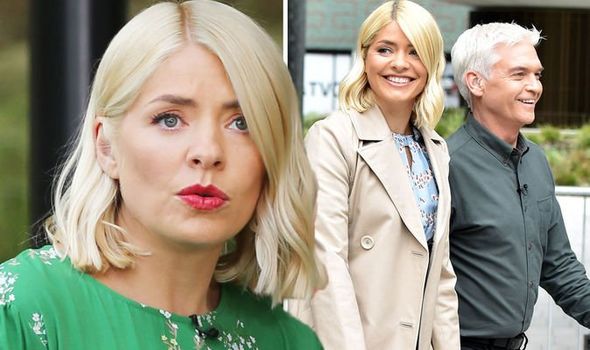 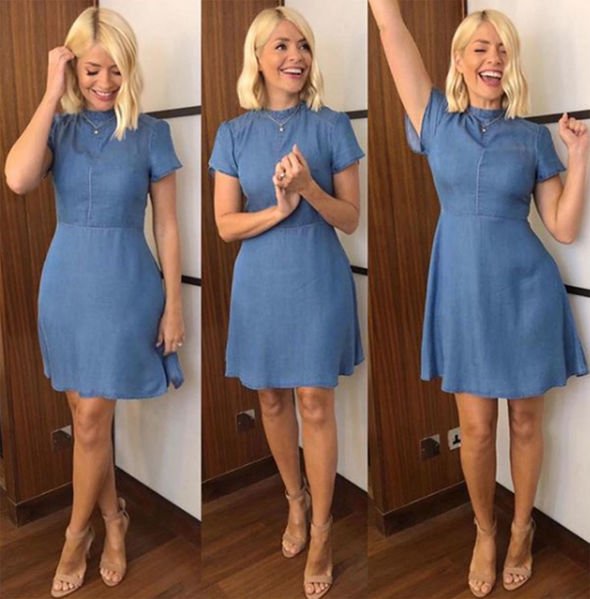 Holly and Phillip will be spending their summer break with their families as their time off from This Morning coincides with the school holidays.

Eamonn Holmes, 59, and his wife Ruth Langsford, 59, are expected to cover for the duo for the majority of the period.

According to The Sun, the producers have also been trialling stars including Rochelle Humes, 30, and Mark Wright, 32, for the role.

Elsewhere, Holly Willoughby shared a rare insight into her marriage with Dan Baldwin on the programme. 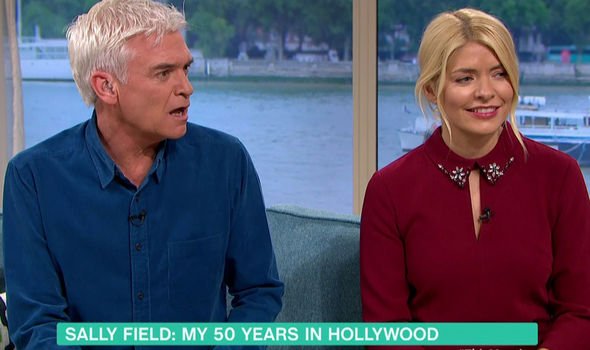 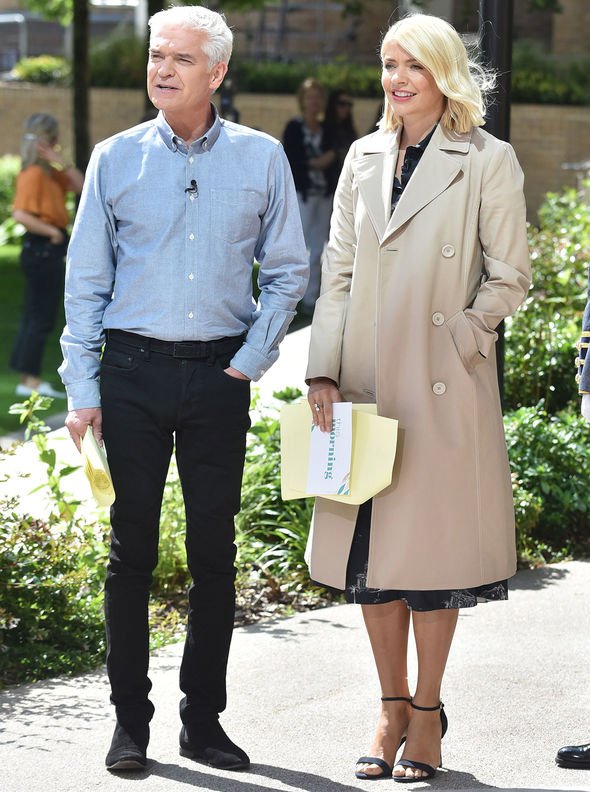 Speaking to her co-host Phillip, the TV personality recalled her romantic weekend getaway with her other half in Italy.

Holly and Dan went to see Elton John while they were away, who dedicated a song to the couple during his performance.

Addressing a previous meeting with the iconic musician, she said: “I told him that Dan and I have a favourite lyric in a song, which is from Guess That’s Why They Call It The Blues.

“It’s this one,” she added, as the tune started playing in the studio.

“Live for each second without hesitation and never forget I’m your man,” she sang along, divulging: “We love that bit.

“And then, we went to go and see the concert. We’re standing there and Elton goes, ‘I’m dedicating this song to Holly and Dan,’ and then played that song.”

This Morning airs weekdays at 10.30am on ITV.