In recent weeks, Monica Lewinsky has been making headlines yet again as fans await the latest “American Crime Story” season, which is based on her infamous affair with former president Bill Clinton in the late ’90s when she was serving as an intern at the White House. The relationship — even today — made Lewinsky a household name and remains one of the most-talked-about scandals in modern history as it led to Clinton’s impeachment.

As an executive producer on the series, which debuts on September 7, Lewinsky got to tell her side of the story. “I’m so grateful for the growth we’ve made as a society that allows people like me who have been historically silenced to finally reintroduce my voice to the conversation,” she said in an interview with Vanity Fair. The fashion designer and activist also told Today’s Savannah Guthrie (via NBC News) she feels “nervous for people to see some of the worst moments of my life and a lot of behavior that I regret.” Lewinsky added with a laugh, “If you remember your 20s not that long ago, it’s pretty cringe-worthy.”

She opened up about her feelings towards a Clinton apology as well and whether she “needs” one. Scroll ahead to find out what Lewinsky had to say. 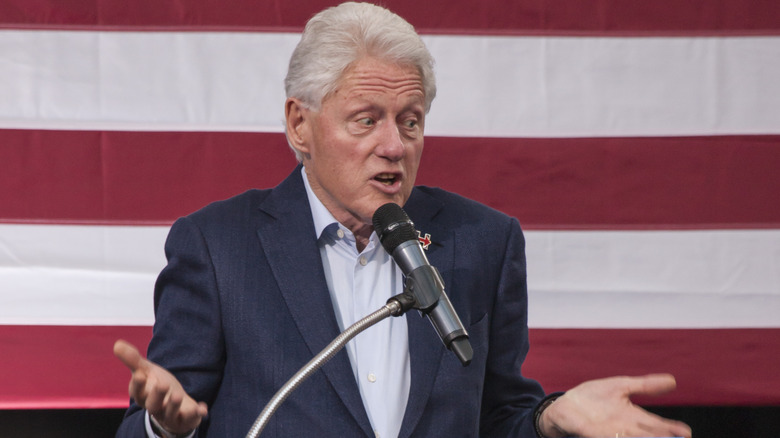 Monica Lewinsky told Savannah Guthrie that Bill Clinton “should want to apologize” for his role in their affair, but doesn’t “need” an apology to move on. In fact, she revealed it was only up until recently that she found peace with what happened. She explained, “I think there was a long period before my life changed in the last six or seven years where I felt a lot in terms of there not being this resolution. I’m very grateful that I don’t have that feeling anymore.”

In 2018, Lewinsky made the exact same comments when she penned an op-ed for Vanity Fair. “What feels more important to me than whether I am owed or deserving of a personal apology is my belief that Bill Clinton should want to apologize,” she wrote. “I’m less disappointed by him, and more disappointed for him. He would be a better man for it … and we, in turn, a better society.”

For his part, Clinton said he does not feel like he owed Lewinsky a personal apology. “I apologized to everybody in the world,” he told Today. “No, I do — I do not. I’ve never talked to her. But I did say, publicly, on more than one occasion, that I was sorry. That’s very different. The apology was public.”