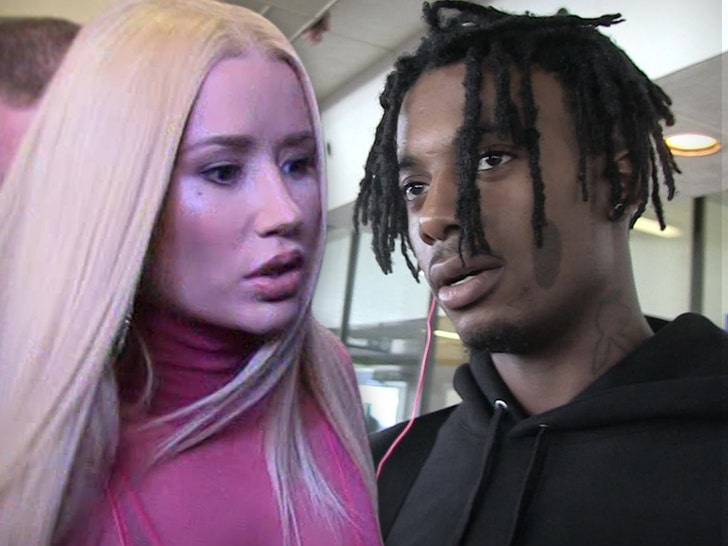 9:49 AM PT — Iggy Azalea continued her tirade against Playboi Carti this morning, revealing that he still refuses to sign his son’s birth certificate — even though she says the pregnancy was planned.

Iggy Azalea isn’t in the Xmas spirit, mainly because the father of her child bailed on their Christmas plans … and he spent it with his alleged mistress instead.

Iggy called out Playboi Carti, whom she said had made a plan to spend the holiday with her and their 6-month-old son, Onyx.

Iggy grouses Playboi Carti decided at the last minute to throw an album release party. She tweeted, “Imagine not flying out your family on Christmas but you have the girl you cheated on my my entire pregnancy at your album party and magically me and my son can’t come for Christmas any more? TRASH.” 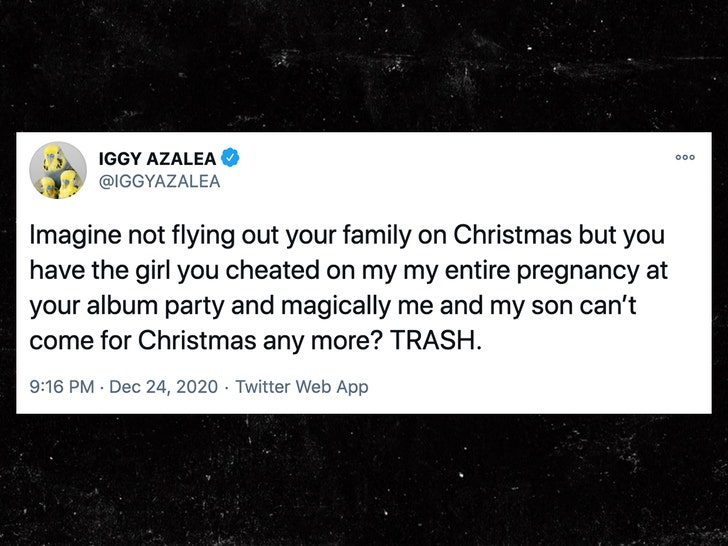 Iggy also had words for his alleged mistress, writing, “This man had a whole family vacation to planned 48hrs ago & I hope this message gets to you girl. Although you hid in a whole closet from my house keeper so it’s not like you have any dignity I guess.”

Iggy had more to say … “To clarify this man was literally at my house last night telling me he loves me. So this is very much NOT me being bitter, it’s me not ducking with trifling ass shit that happens at the expense of my son.”