Iggy Azalea turned heads when she stepped out in a green mini dress to attend an after party in New Jersey in celebration of her recent performance with Pitbull.

Iggy Azalea, 31, was a gorgeous sight to see during a recent night out! The rapper was photographed arriving at Scarlett’s in New Jersey while wearing a skintight sleeveless green mini dress with cut-outs on the sides and black heels. She had her long blonde locks down and added a necklace to the look as she also showed off a pretty makeup look. 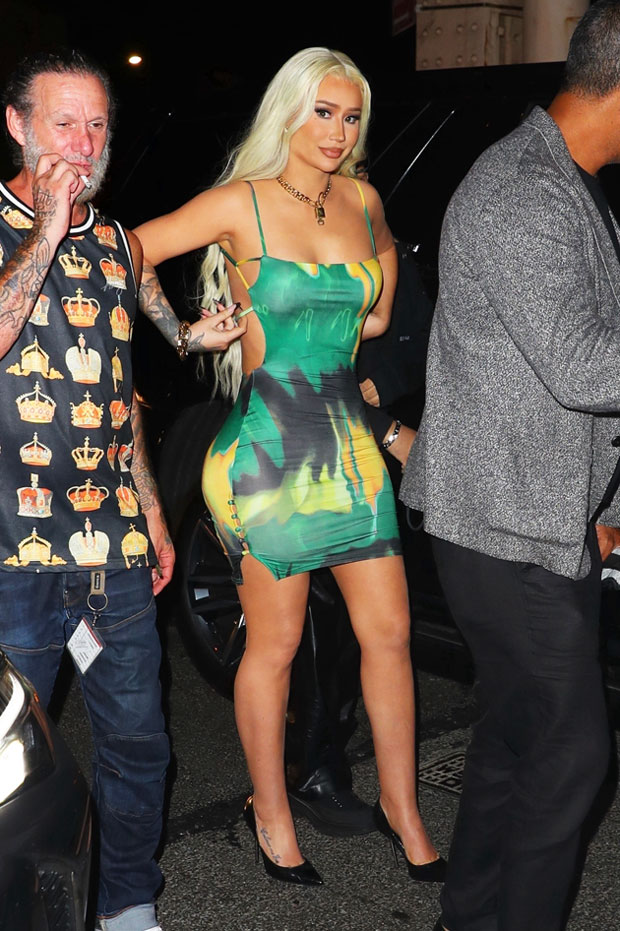 The Australian beauty had the night out to celebrate her recent performance with Pitbull, 40,during the I Feel Good Tour. The two artists are taking their music to multiple cities in the U.S. and will be touring through the fall. It’s not clear if Pitbull joined her for the latest after party but she looked as happy as could be as she entered the location!

This isn’t the first time Iggy has wowed in a tight dress while out and about. In Aug., she got attention when she showed up to Lisa Vanderpump‘s World Dog Day party in a tight orange dress that went down to her knees. She stopped to pose for photos with the reality star and other attendees like Lance Bass and strutted her stuff confidently. 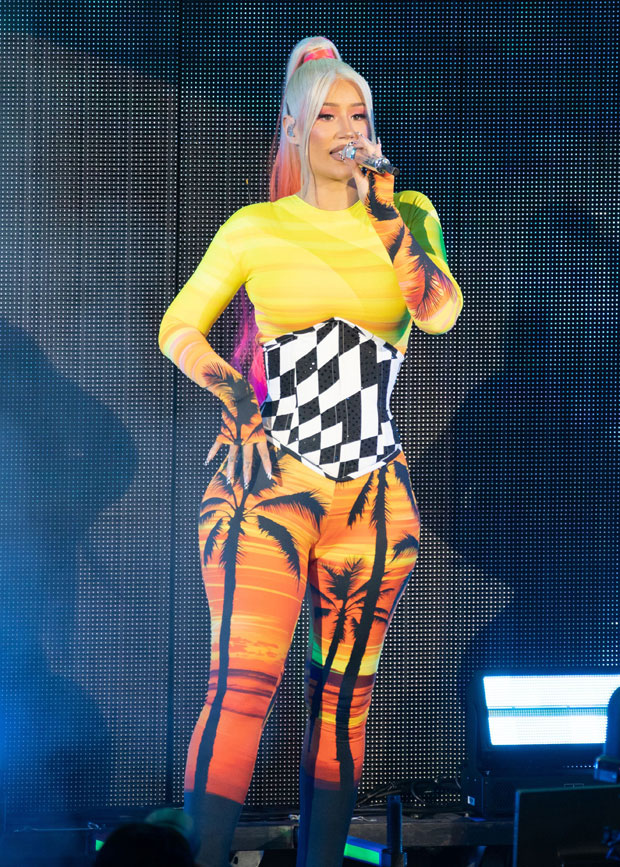 When Iggy’s not making headlines for her stylish outings, she’s doing so for sharing tender moments with her son Onyx. She posted an adorable pic of the now one-year-old back when he was just eight months in Jan. In the snapshot, which was added to her Instagram story, he was standing and leaning his hands on a couch while playing with some toys.

A few weeks before that, she shared a different sweet pic of the precious bundle of joy, whom she shares with ex Playboi Carti, 24, sitting in his stroller and excitingly smiling at the camera. He was already sporting a full head of brown hair at that point and was as cute as can be. “Me & You 4 ever n ever,” the proud mom lovingly captioned the pic.