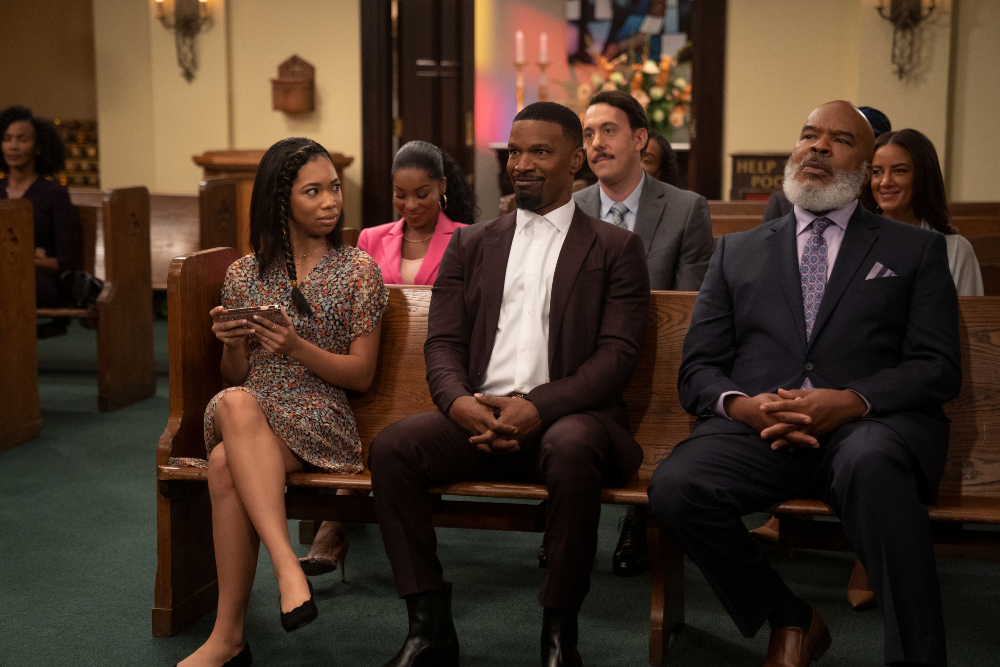 Jamie Foxx is returning to television with a new sitcom on Netflix called Dad Stop Embarrassing Me! The show is inspired by Jamie’s relationship with his daughter, Corinne Foxx, who serves as executive producer on the show. The premise is Jamie’s character, Brian, owns a cosmetic company and is raising his daughter as a single dad. It sounds like she’s just come to live with him full time so it’s equal parts family comedy and odd couple comedy. The show also stars David Alan Grier as Jamie’s dad. David and Jamie starred together on In Living Color, so they already have a working chemistry. And in tribute to their ILC days, both Jamie and David will be doing characters and impressions throughout this show, so it sounds like we are getting both new and vintage Jamie. He’s such a fun interview. He appeared on Jimmy Kimmel Live and talked about everything from his muscles deflating post workout to going to Miami during the pandemic.

He’s feeling his age
Now that I work out I can’t lift all the big weights because you can’t hold your swole. You can work out but it doesn’t stay like when you were younger.

On everyone living in his house
You can’t kick my parents out. The kids have literally taken over the house. It’s like Lord of the Flies. I won’t say who did it but the other day a window was broken. The windows I have now, that’s a car payment. I know who did it because I taught all the kids not to snitch. Which is the worst thing. Now everything is upside down and nobody’s snitching. Dogs [are] missing. They don’t realize there’s cameras everywhere.

He traveled to Miami
I did safely go to Miami. I was safe though. Georgia and Florida they just never closed. I wasn’t in a club, I was in a restaurant for covid education.

The excerpt doesn’t do Jamie’s energy justice. He was dancing around the studio, elbow bumping audience members, singing and eventually just throwing money at people. The muscle discussion comes up because he gets winded and then pulls something lunging, which he blames on his “elevated” age. He’s right, too. As you age, you work twice as hard for half the results. Apparently, Jamie likes to have a good time. Jimmy asked him how he’s been faring in lockdown without any parties. But, as he mentioned, he has a bunch of people living with him. Not only family, but friends who dropped their kids off “for a weekend” and never came back for them. So it sounds like maybe he went to Miami for some peace and quiet. I’m going to have to take Jamie at his word that he was safe while he was there. The story he told about being in a club in Atlanta “for COVID education. Showing people what not to do,” was really funny. If it was true, shame on him, but I hope he was just exaggerating to make us laugh, which I think he was. It sounded very much like he was going for the laugh. There was one very sweet moment in which Jamie acknowledged Jimmy for his looking out for Corinne. Jimmy was instrumental in Corinne’s involvement in the live performance of Good Times, for which Corinne won a Creative Emmy. Jamie said it was rare to have someone protect for your kids in this industry. They didn’t elaborate much but it was a nice moment.

Jamie is 53-years-old. He looks great for any age, but that’s how they are getting away with having 64-year-old David play his father, by writing Jamie’s character as about 10 years younger than he is. Honestly, he can pull it off. The show looks fun, and Jamie whetted my appetite with his Dave Chapelle and Al Pacino impression in this interview. My only quibble is that in the trailer, Jamie’s character says his daughter’s having a hard time with “her mom being gone.” I hope the mom isn’t dead. That’s a disturbing trend in TV these days to paint the male lead as sympathetic by killing his female partner and leaving him to raise one or two daughters on his own (see also The Unicorn, Mr. Mayor and Kenan). 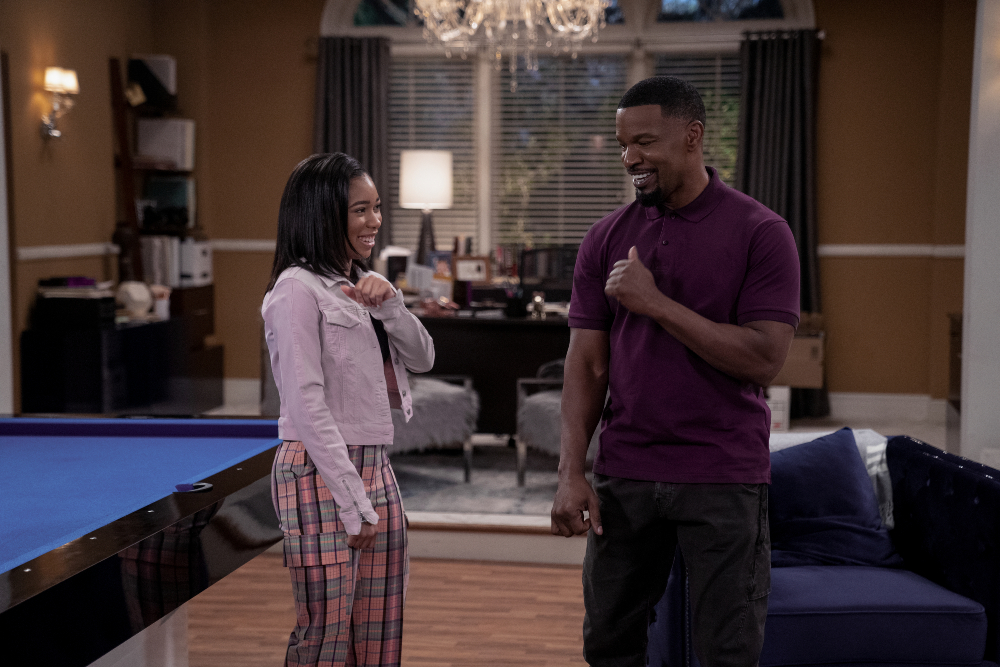 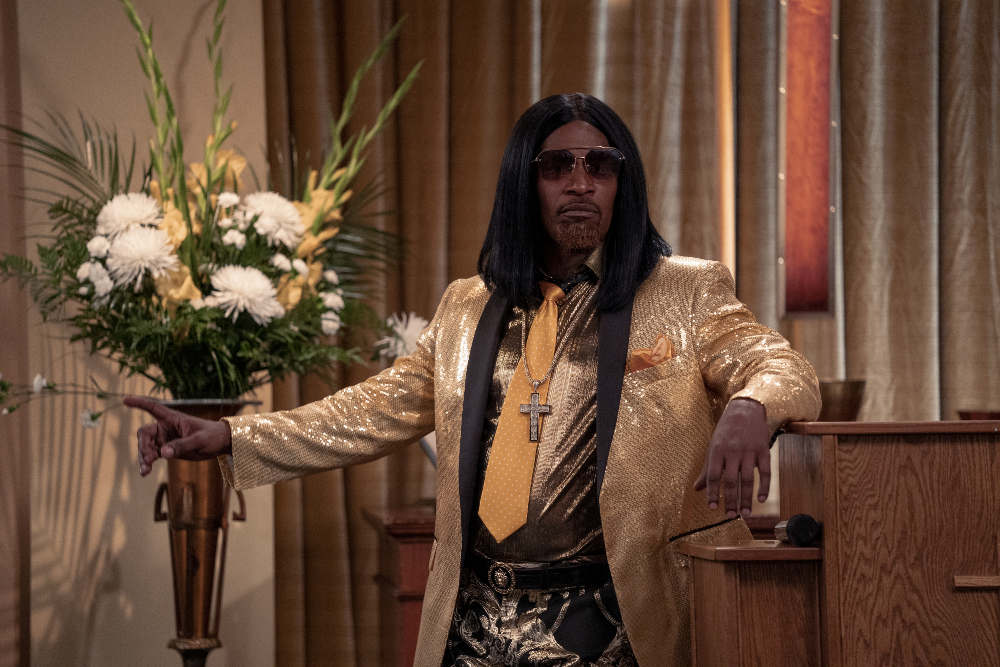 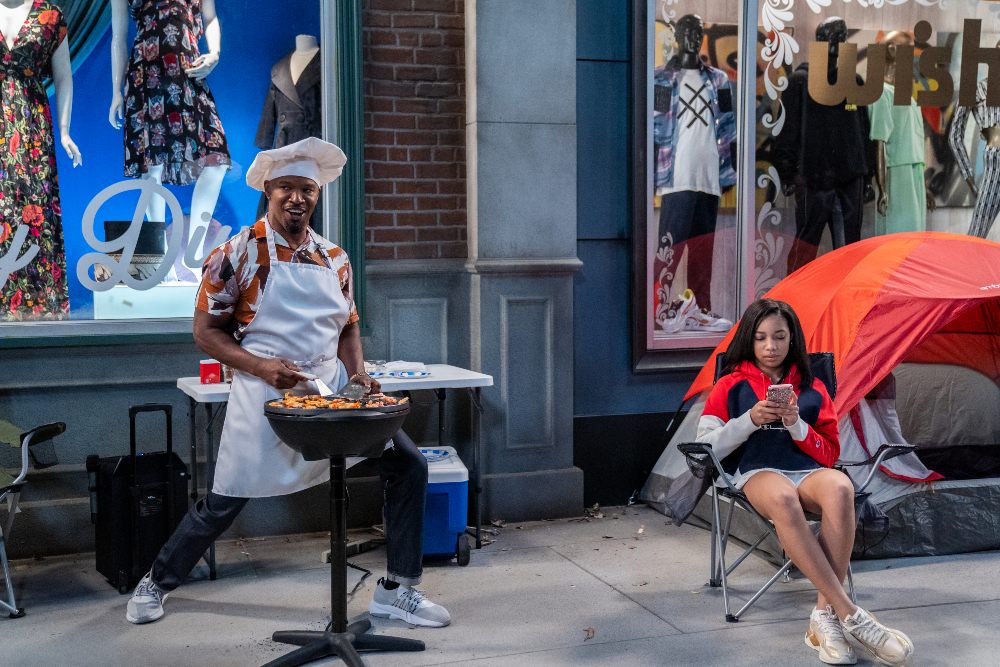