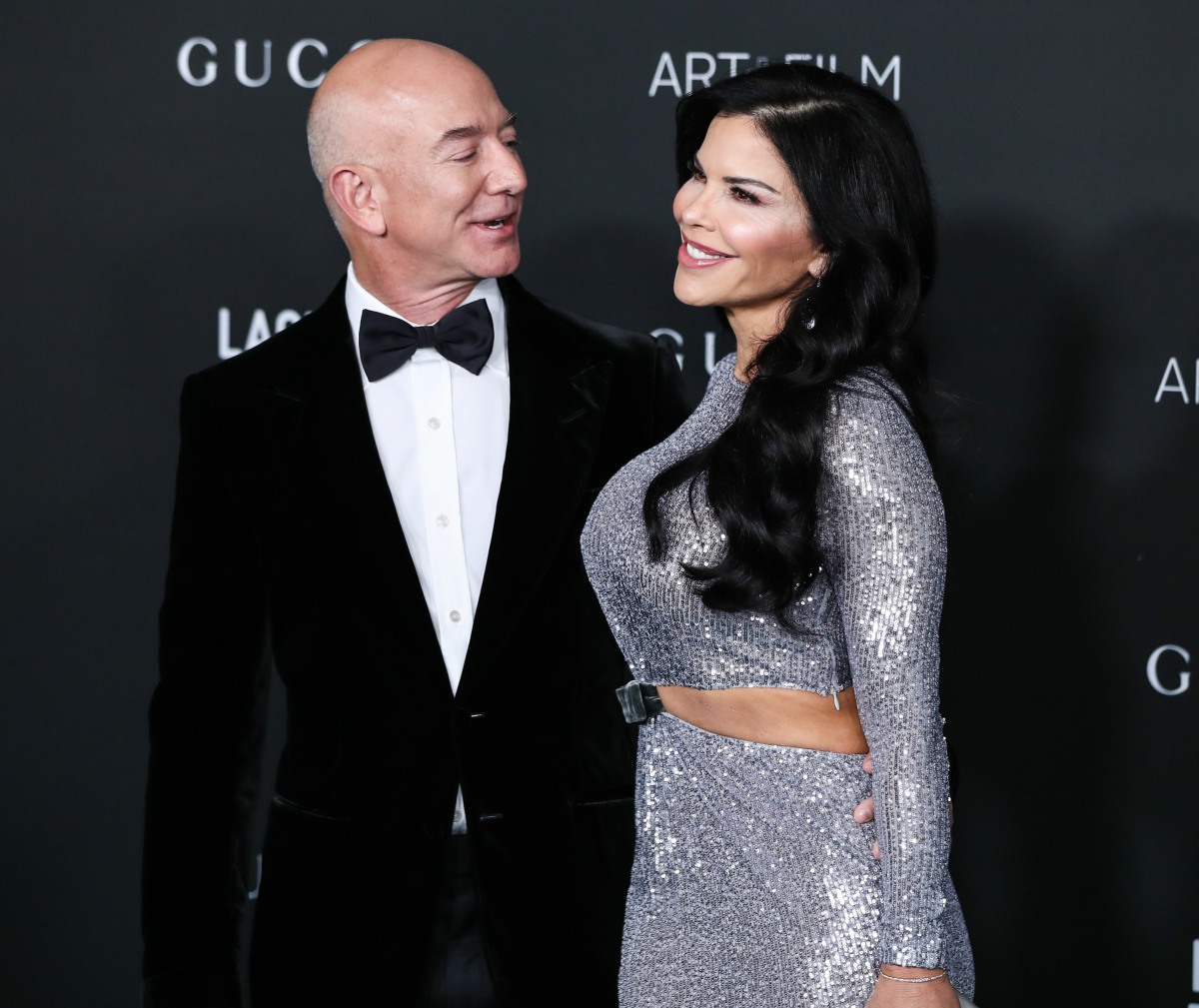 I actually feel bad because now I know that Jeff Bezos saw everyone clowning on him and his lady. Jeff Bezos and his girlfriend Lauren Sanchez went to the LACMA Art + Film gala on Saturday night. But Sunday, their names were trending on Twitter alongside Leonardo DiCaprio because of a video. Lauren and Jeff were greeting Leo and… um, Lauren was very into it. She was ready to risk it all for Leo. So Jeff Bezos did what any self-respecting billionaire would do: he joked about it on Twitter??!?

I appreciate that he’s trying to keep it “light” but it’s weird, right? Weird energy, especially with the shirtless flexing photo. My lord, Lauren probably encourages it. She calls up her friends like “girl, thank God he’s blaming Leo for that sh-t.” I mean, Leo wasn’t really shooting his shot with Lauren, Lauren was shooting her shot with LEO. Imagine being one of the richest men of all time and needing to tweet through this situation!!! I would die. 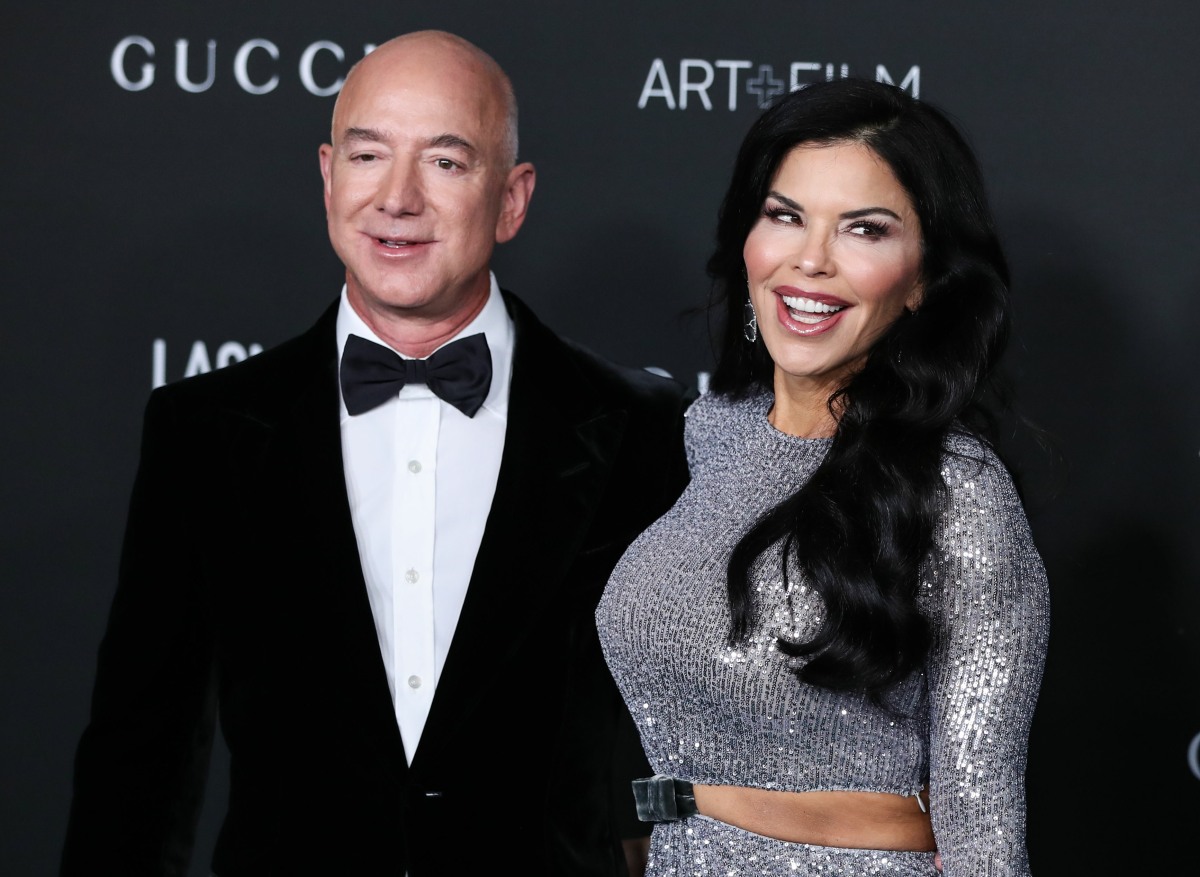 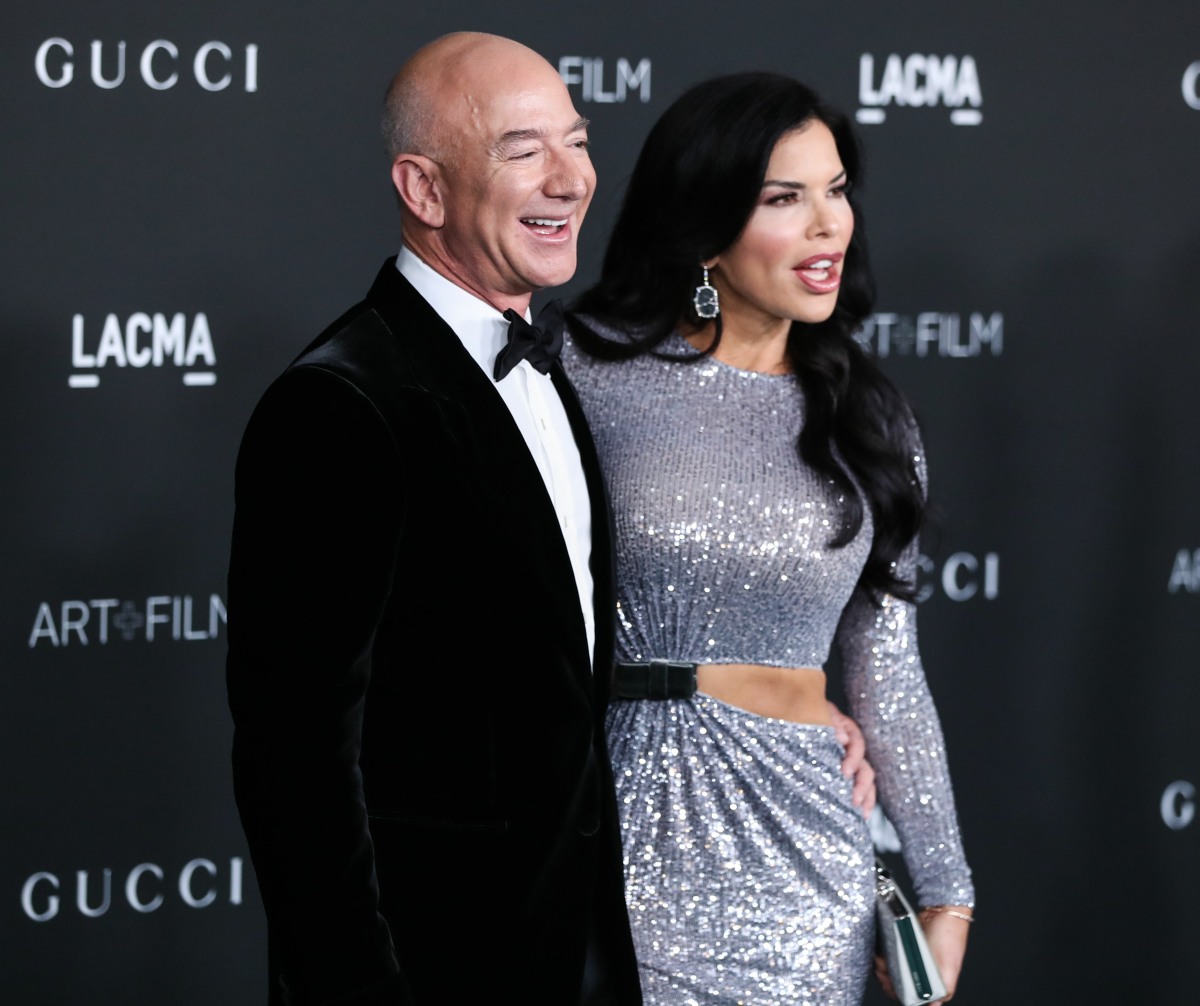