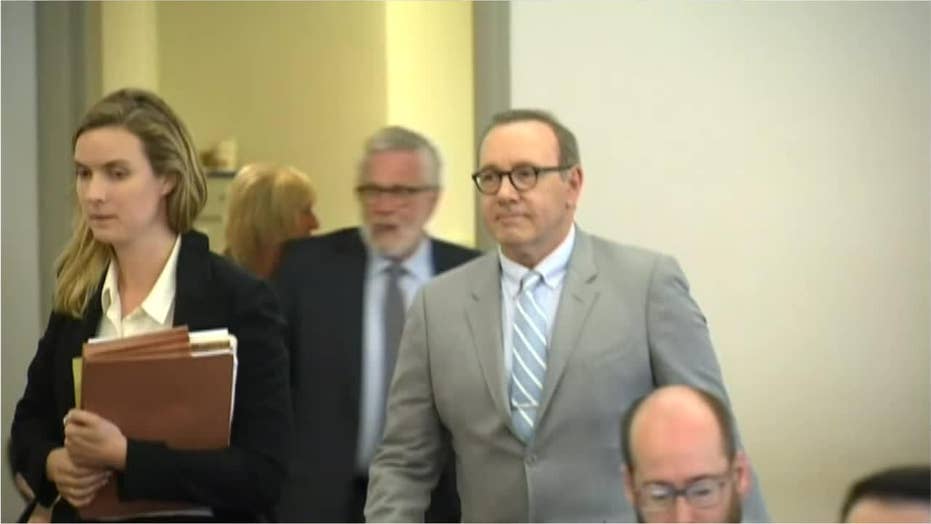 The accuser’s attorney who submitted a court filing on behalf of the young man who accused Spacey of groping and assaulting him in 2016 says the suit is being dismissed "with prejudice." This means it cannot be refiled.

The man who accused Kevin Spacey of sexual assault may be forced to testify about his allegedly missing cellphone.

The erstwhile "House of Cards" star's defense attorneys claim that they require the phone in order to recover text messages they allege that the accuser deleted that would bolster Spacey's case.

In June, the accuser's lawyer claimed that the phone was missing and that the team was actively trying to recover backup copies of the device's contents.

A Massachusetts judge ordered the accuser, as well as the accuser's parents and legal team, to appear in court Monday if the phone wasn't able to be recovered by then.

Spacey is accused of groping the then 18-year-old man at the Club Car Restaurant in July 2016. The man also accused Spacey of trying to ply him into sexual acts with alcohol.

In recovered text messages obtained by the prosecution, the accuser told his girlfriend, "[Spacey] grabbed my d—k like 8 times."

Spacey pleaded not guilty to a charge of indecent assault and battery.

The accuser dropped a civil lawsuit against Spacey last week. The suit was reportedly dropped "with prejudice," meaning it cannot be re-filed later.

The accuser voluntarily dropped the suit, leading legal experts to speculate that a monetary settlement may have been reached.

“Money is a great motivator for an individual not to follow through,” William Korman, defense lawyer and former Suffolk County DA’s Office prosecutor in Massachusetts, told the Associated Press.

“Maybe the prosecution said, ‘It’s either about money or it’s about a crime, but it can’t be about both, and you have to make a decision on where you want to go with this,’ ” defense attorney and former prosecutor David Yanetti noted. “It’s clear something unusual is going on here.”