Khloe Kardashian fans have called out the ‘KUWTK’ star for filtering her face during her People’s Choice Awards acceptance speech.

Khloe Kardashian has been called out multiple times for her seemingly changing face, and was most recently criticized after she used a filter during her People’s Choice Awards acceptance speech. She took to Twitter after winning the 2020 Reality Television Star award, and thanked fans for voting for her. “This is really awkward but I am honestly and truthfully, no bulls**t, can not believe that you guys did this,” she began.

“You guys picked me to win a People’s Choice Award. I literally have no words. I feel so honored. I am so grateful. Sometimes I’m like, ‘wait, what? why? It’s so baffling to me.” While Keeping Up With The Kardashians fans were so happy for her, some followers replied to the tweet and commented on her appearance. “Why this woman tweeting from Khloe’s account?” one person jokingly asked, noting her unusually chiseled chin. Another follower wrote, “Your face and Michael Jackson‘s look extremely similar now … I guess if it makes you happy though that’s all that matters.”

This certainly isn’t the first time that fans of the Good American founder noticed her use of face-altering filters. Earlier in the week, she shared a sponsored ad to her Instagram page and used a freaky filter. At the beginning of the clip, it was clear she used neutral hues on her eyes and lips, making her look so naturally pretty. 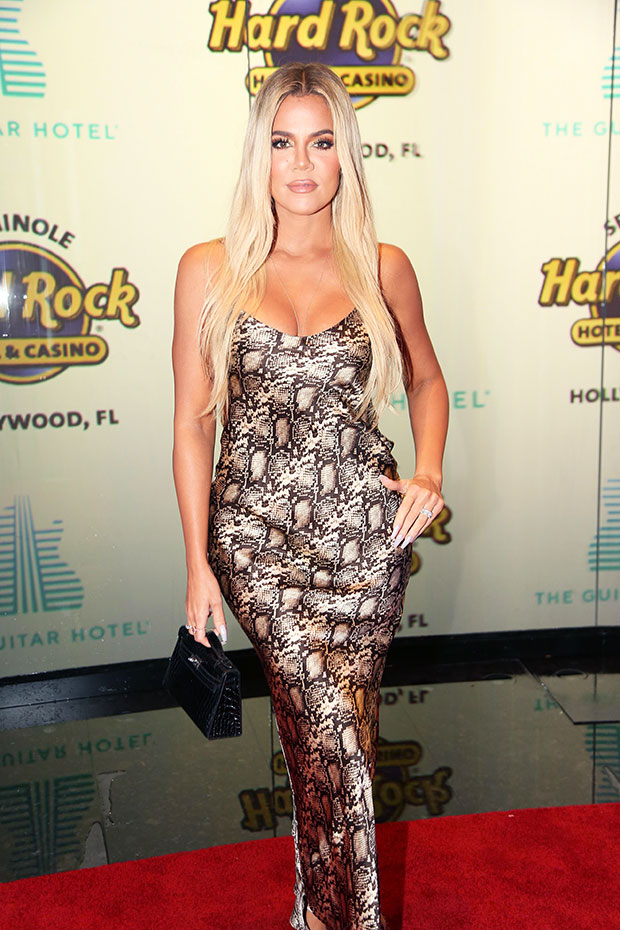 But after giving an unboxing tour of the products, she brought the camera back to her face and her eyes turned bright green. It even gave Khloe pause, as she stopped talking about the product to say, “Wow, these eyes are scary. Scary from every angle.” “I legit screamed. This filter does not suit you,” one fan wrote, while a second follower made a reference to the horror film villain Pennywise , “She look like IT. So scary.”