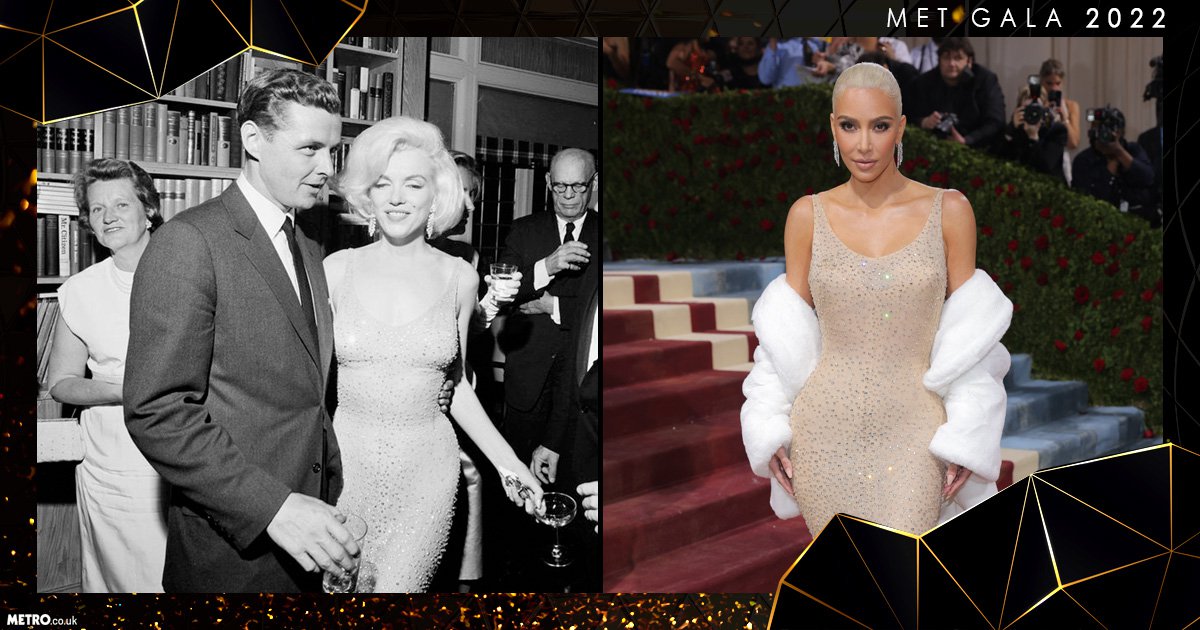 Kim Kardashian has revealed that she went to extreme lengths to fit into Marilyn Monroe’s stunning dress in time for the Met Gala.

The reality star shut the red carpet down in true style, donning the exact gown the late actress wore to famously serenade President John F Kennedy on his birthday in 1962.

However, discussing the look, the 41-year-old explained that the outfit- which has been kept under lock and key at Ripley’s Believe It Or Not museum – could not be altered at all, meaning that she had to complete a huge transformation to be able to wear it.

In a conversation before the event, she recalled how strict security were when she went to try it on.

‘The dress was transported by guards and I had to wear gloves to try it on,’ she said.

On her routine, she continued: ‘I would wear a sauna suit twice a day, run on the treadmill, completely cut out all sugar and all carbs, and just eat the cleanest veggies and protein.

‘I didn’t starve myself, but I was so strict.’

One month later, she traveled to Orlando to the Ripley’s vault for a final fitting – and added to Vogue that she ‘wanted to cry tears of joy’ when realizing that it fit like a glove.

Kim also lifted the lid on her transformation with pal Lala on the red carpet and explained just how much hard work went into the show-stopping moment behind the scenes.

‘This is Marilyn Monroe’s dress it’s 60 years old. She wore this when she sang happy birthday to John F Kennedy in 1962,’ the Skims businesswoman spilled.

‘I tried it on and it didn’t fit me. I had to lose 16lbs to be able to fit this. It was such a challenge it was like a role.

‘I don’t think they believed that I was going to do it but I did it.’

Kim was joined by boyfriend Pete Davidson for the fundraiser – held at the Metropolitan Museum of Art on Monday night.

The mom-of-four was glowing on the arm of the SNL comedian, who kept a protective arm around her in front of the photographers.

At one point, the actor – who looked smart in a black suit and shiny shoes – leaned in to kiss the top of her head before they made their way into the venue together.