Kris Jenner is giving insight into her famous family. The Kardashian family matriarch covers WSJ. Magazine‘s latest issue and in an accompanying video, reveals which of her six children everyone goes to during tough times.

Jenner, 65, is asked about the person she would go to in a crisis, and she says that it’s her 40-year-old daughter, Kim Kardashian West.

“Kim would be my girl,” she shares. “She’s always all of our go-to whenever anything happens, because she’s so calm and she’s the one who really thinks things through. Kim is your girl.”

As for more revelations, she says that she wishes she hadn’t been such a people-pleaser in her younger years and that she considers ending Keeping Up With the Kardashians after 20 seasons her hardest business decision. She also shares that the one time she lost hope in her life was in the mid-’90s.

“I think I was having more kids and trying to find a balance between being a mom and work and trying to really establish what my career path was going to be,” she recalls about the “rough” time.

Later, when asked who the one person dead or alive she’d most like to have dinner with, she says it’s her late ex-husband, Robert Kardashian, and Jesus.

“The two of them at the same dinner would be even better,” she cracks.

Meanwhile in the accompanying article, she talks about her current boyfriend, 40-year-old Corey Gamble. The two have been dating since 2014.

“He’s the greatest guy, and he’s just an amazing support system for me, and he really gives me a lot of strength and insight,” she says. “He’s a great sounding board. And he loves my kids and my mom, and they love him.”

As for what she’s currently up to, Jenner says she and her family are going to start filming for their new Hulu reality show in a couple of months.

“When we first got the show, many years ago, I remember signing the deal with E! and I think we were shooting 30 days later…. I think this will be the same way,” she says. “We’re dying to go do things together. We all had a really nice break. And if the world opens back up it will be a lot of fun.” 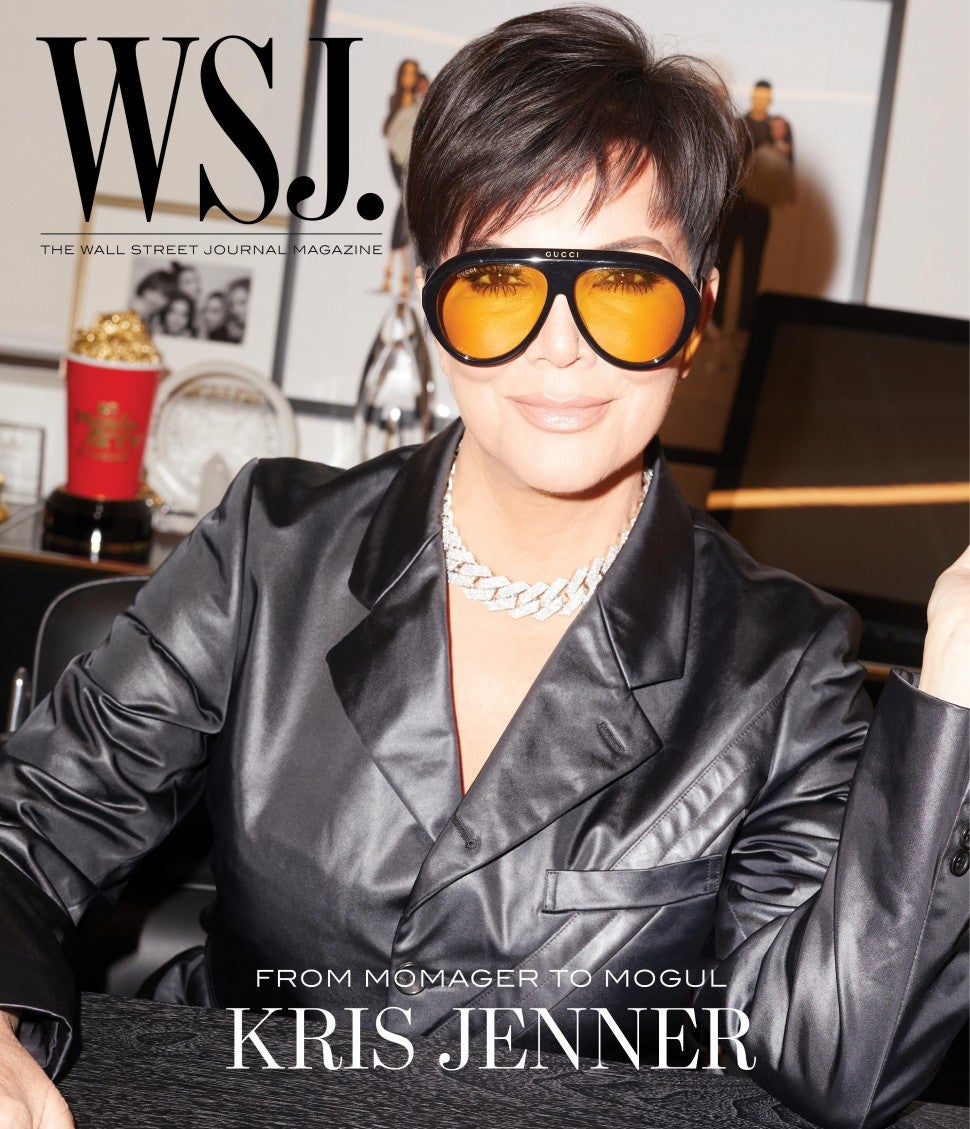 In a recent preview of the final season of KUWTK, Jenner is seen breaking down in tears over the reality show coming to an end as Gamble interrupts her chat with friends Kyle Richards and Faye Resnick to let them know his “queen” has been feeling down. Watch the video below for more.