Little Mix beauty Jesy Nelson has stunned her fans with a gorgeous new hairstyle after ditching her hair extensions. 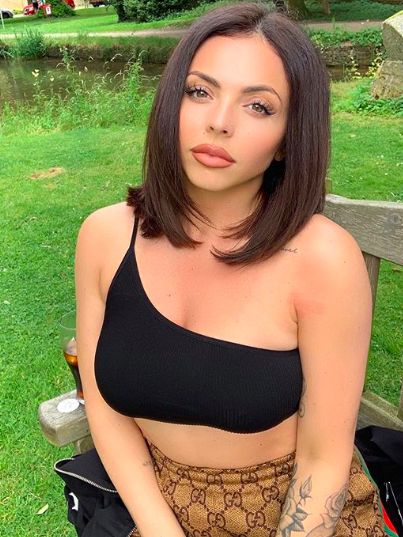 The singer recently enjoyed some downtime in the Cotswolds, where boyfriend Chris Hughes is from, and posted a snap as she showcased the new look – a sleek chocolate brown bob, which is a return to her natural hair colour.

In the shot, shared with her 5.4million Instagram followers, Jesy looks totally summer-ready in a black  one-shoulder crop top and Gucci bottoms.

‘Mmmmmm I want to live in the Cotswolds,’ she wrote.

Her fans soon inundated the hot snap with glowing compliments about the new look.

It’s a drastic change to Jesy’s usual, much longer locks and bright hues. Just recently she was rocking a platinum blonde look and before that she opted for a striking long pink head of hair.

She got new hairs!!!

One person who will definitely be a fan of her new look is boyfriend Chris, who recently admitted it was love at first sight with Jesy.

‘When we went on a date, we met on the stairs…we met just there in the queue, it was a really nice moment, a moment I’ll cherish,’ he gushed.

‘That was it, that’s when I fell in love. Love at first sight it was.’

The smitten Love Island star added to Metro: ‘When I saw her I was like, “Oh my god,” I’ve never seen a girl look like that in the flesh. She’s the real deal.’