The stepdaughter of Steve Harvey is seen for the first time after she seemingly deleted all of her photos with the ‘Black Panther’ actor following the news of their split.

AceShowbiz –Lori Harvey is seemingly trying to have fun after she reportedly called it quits with Michael B. Jordan. The stepdaughter of Steve Harvey is spotted enjoying quality time with her friends after the split left her “heartbroken.”

On Sunday, June 5, the SKN by LH founder reposted a clip that was initially uploaded by Justine Skye. In the video, the 25-year-old model was seen blowing kisses for the camera as they attended social media star Kristen Noel Crawley‘s pink-themed baby shower. She also looked happy during the bash. 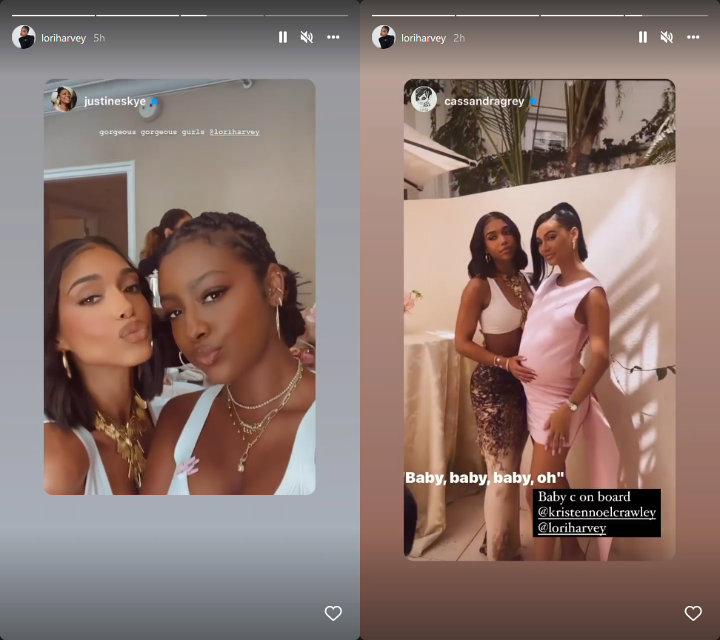 Lori Harvey was spotted having fun at a baby shower after she reportedly called it quits with Michael B. Jordan.

For the event, Lori and Justine donned white tops which they paired with layered gold necklaces. “Congratulations mama,” Lori captioned a snap of her expectant pal, later sharing another behind-the-scenes shot of the beautiful decor and tasty treats they had at the gathering.

A few hours earlier, it’s reported that Lori and Michael went their separate ways. A source spilled to PEOPLE, “Michael and Lori are both completely heartbroken. They still love each other.”

“Michael matured a lot over the course of their relationship and was ready to commit for the long term. He let down his guard with her, opening up emotionally in a romantic relationship for the first time,” the so-called insider further offered more details of Lori and Michael’s alleged split. “They had great times together and brought out the best in each other.”

Lori has yet to comment on their split. However, fans spotted that she has seemingly deleted or archived photos that she had taken with Michael. As for the “Black Panther” star, he last posted with Lori in March and still has their couple portraits up.

The duo started dating in November 2020 and became Instagram official in January 2021. Last November, the now-exes celebrated their first anniversary with a romantic dinner. At the time, the “Without Remorse” star shared a series of loved-up images to his Instagram Story.

Michael also unleashed a sweet photo of Lori resting her head on his shoulder. “It’s been a year crazy!!” the “Creed” leading man simply captioned the snap.