Matt Damon may not have any public social media accounts, but that doesn’t mean the 50-year-old actor isn’t keeping up with his family and friends online.

In a new cover story for GQ, Damon reveals that he has “a very private Instagram account.”

“I have 76 followers and I’ve done 40 posts since 2013,” he shares, noting that his last photo was on his daughter Isabella’s 15th birthday in which she is holding up two middle fingers.

“That’s what she’s been doing every time we take a picture of her nowadays,” he quips.

Damon also opens up about the tattoos of his daughters’ names, revealing that the interesting ink above them on his arm is inspired by the late Heath Ledger.

Damon’s wife, Luciana Barroso, knew the late actor and when they decided to get inked in 2013 by Ledger’s tattoo artist, Scott Campbell, Damon decided to get a tattoo identical to one Ledger had.

“I just wanted to get something that Heath had,” Damon explains. “Scott showed me his laptop and I said, ‘Scott, what’s that one?’ And he goes ‘I have no idea—I think that’s just some s**t that Heath squiggled.’ And I went, ‘That’s the one I want.’ ”

His wife got the same tattoo on her foot. 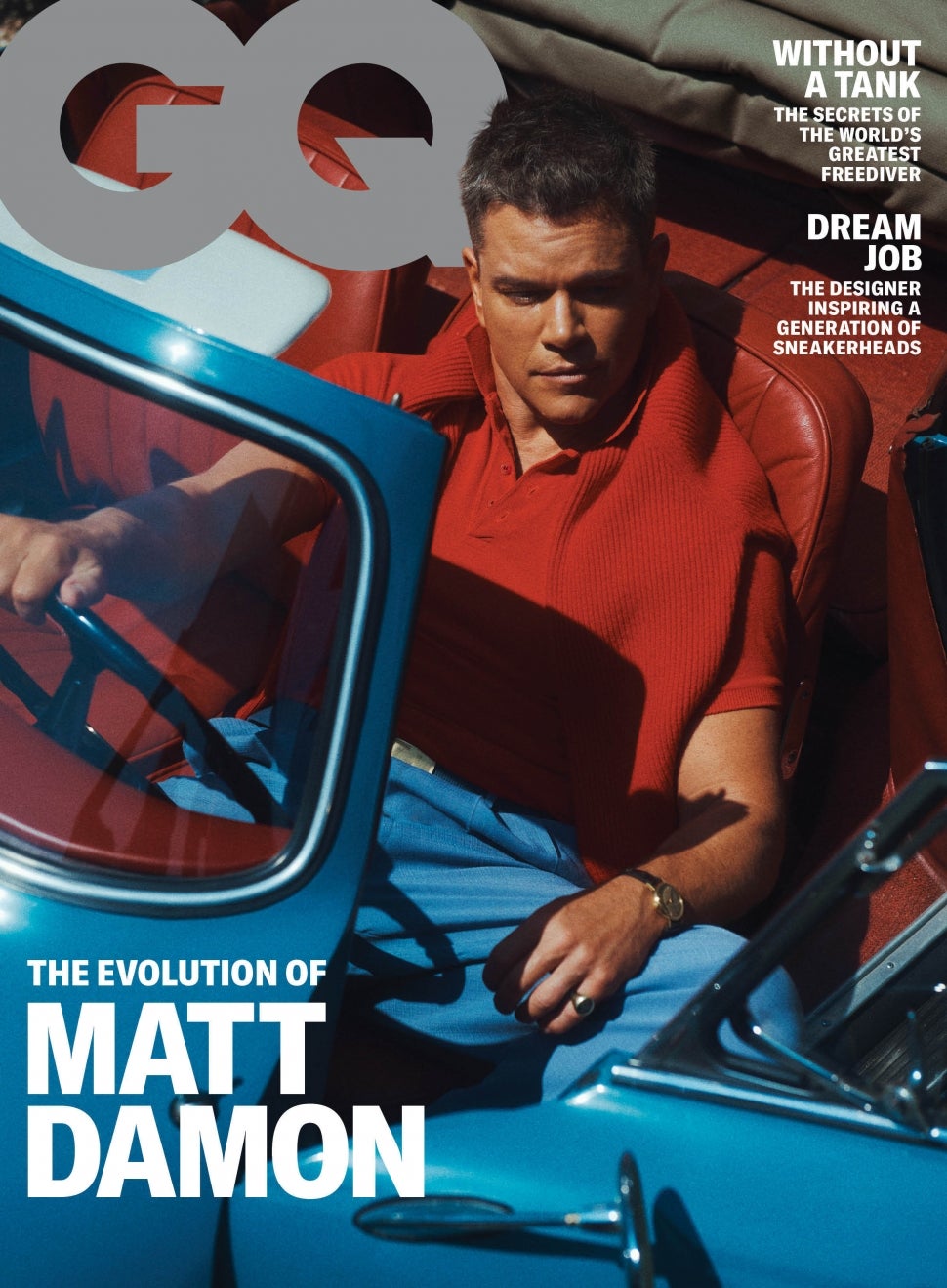 Damon is now preparing to co-star with his longtime friend, Ben Affleck, in The Last Duel, a film they adapted from the book of the same name. The two have remained friends long after their days working on the Oscar-winning film Good Will Hunting.

“Like, I don’t want to be his friend in public, you know what I mean?” Damon says. “It’s way too important a friendship for that, and it goes so beyond this career or anything. You know, it’s a significant part of my life and not for public consumption in that way.”

Affleck, 49, also spoke in the cover story about his enduring friendship with Damon.

“I can’t speak for Matt, but my own kind of sanity and mental health really benefited from having someone who I grew up with and knew as a child who was also going through something similar — this 20-year-plus journey of being in the public eye — who I could reflect on it with honestly, talk things over with, be myself with, who I knew why we were friends, why he was interested and loved me, why I loved him. I often think of people who just become successful and then get thrust into this, and I think, ‘How do they do it without having somebody that they can talk to? Who they can trust? Who knew them before?’ It’s just been such an asset to me—and, I think, I hope, to Matt—this relationship that we’ve had.”

Damon recalls approaching Affleck for the film, saying the star was “recently sober.”

“When he’s on his game, he really sees the matrix. At seven o’clock the next morning, he called me—he had gone home and read it—and said, ‘We should write this,'” Damon says of Affleck.

“The discovery, I think, for both of us was: It’s so much more pleasant and rewarding and wonderful to go to work and work with people that you love,” Affleck adds.