While Matthew McConaughey continues to weigh a potential campaign for Texas governor, he’s already got a commanding lead over incumbent Greg Abbott, according to a new poll.

The 51-year-old Oscar-winner previously said that a move into politics is a “true consideration” for him. The Texas native has been teasing a potential run against Abbott for weeks, previously telling the host of “The Hugh Hewitt Show” that “it would be up to the people more than it would me” whether or not he pivots his career into politics.

Now, in a new poll conducted by The Dallas Morning News and the University of Texas at Tyler, it seems the people have spoken. McConaughey has a commanding lead over Abbot with 45% of those polled saying they would cast their vote for him versus 33% who would stick with Abbott. Meanwhile, 22% said they would vote for someone else. 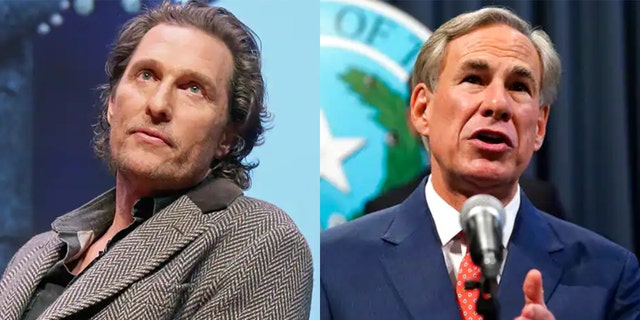 The poll was conducted between April 6-13 of 1,126 registered voters in the state with a margin of sampling error of plus or minus 2.92%. Despite the smaller data set, the numbers speak highly for the actor’s chances. He is beating the two-term Republican by double digits, despite having done nothing but tease a possible run.

“Matthew McConaughey gets a huge boost from tremendous name recognition and recognition for what he does to help Texans and add to the celebration of the state’s successes,” UT-Tyler political scientist Mark Owens told The Dallas Morning News. “Most of our survey respondents know his story, but many are waiting to see how he opens his next chapter.”

While the raw numbers look good for the “Dallas Buyers Club” actor, his politics might keep him from tipping the scale in his favor in the state. About 56% of Republicans polled said they’d cast their vote for Abbott compared to 30% for McConaughey. Democrats, meanwhile, broke 66% to 8% in favor of the actor. However, more than twice as many Democratic primary voters — 51% — said they would prefer a progressive governor than a centrist.

McConaughey has previously criticized both parties and has come across as more of a moderate who condemns the entire political system as the problem rather than any one party. For example, in December he criticized what he called “illiberals” and the “extreme” right during an appearance on “Good Morning Britain.” This could post a problem as the poll suggests the state’s ideological divide favors someone who is either more conservative or liberal.

Speaking on “The Hugh Hewitt Show” in March, the actor noted that both sides of the aisle have lost “trust” in one another, which leads “to us not [having] trust in ourselves,” which, he said, could eventually lead to “anarchy.”