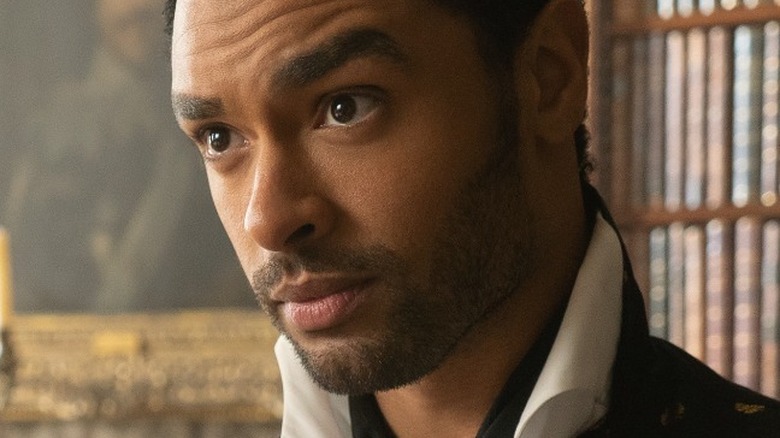 Regé-Jean Page certainly turned a lot of heads as the Duke of Hastings in “Bridgerton,” and he’s quickly become somewhat of a heartthrob. While his fictional counterpart is utterly taken with Daphne Bridgerton, his real love life was a mystery for quite some time.

Rumors flew around that he and co-star Phoebe Dynevor were dating thanks to their electric chemistry on-screen, but Page said that the romance between them is only fictional. “I think everything you need to know is on camera,” he told Access (via YouTube). “That’s why we presented it so beautifully to you.”

In actual fact, Page is dating someone very much outside the “Bridgerton” circle. The actor was rumored to be dating someone in February after being spotted by the Daily Mail in London. This was somewhat confirmed later by ET, which reported that a source confirmed Page was in a relationship with copywriter and part-time soccer player Emily Brown.

Page and his girlfriend reportedly live together in a £800,000 flat 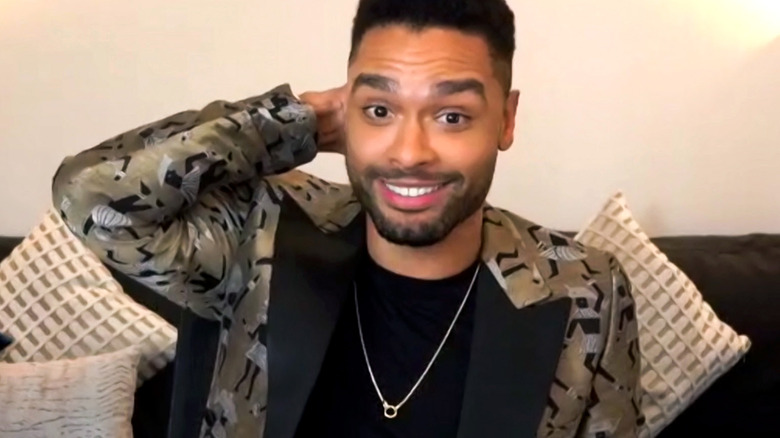 While it’s unclear when Regé-Jean Page and Emily Brown started dating, they were seen embracing outside their £800,000 North London home in February per the Daily Mail. Brown doesn’t have any social media accounts as Cosmopolitan notes, and she has yet to appear on Page’s Instagram account.

But what is known about Brown is that she’s a freelance copywriter who’s reportedly worked with Nike, Converse, and Uber, according to Just Jared. And as for soccer, she plays part-time for Football Beyond Borders in South West London, which is a charity organization “that uses soccer to educate and enrich young people’s lives,” per Cosmo.

There’s not much else known about Brown, who seems to live a relatively quiet life compared to her significant other. However, the Daily Mail writes that colleagues on her LinkedIn describe her as “witty” and “great fun to be around,” and that she has the ability to “skip about the world like a bunny who’s never even heard the word hangover” after a massive party. Page has certainly got himself a keeper.