Meghan Markle and Prince Harry have shared a special personal message for Sir Elton John on the occasion of his retirement.

The couple made a surprise appearance on a programme aired by streaming platform Disney+ – Elton John Live: Farewell from Dodger.

They were among the celebrities and prominent figures who paid tribute to Sir Elton ahead of his farewell show, which was broadcast live from California’s Dodger Stadium by the US streaming platform in the early hours of Monday.

Meghan, dressed in red, spoke first, saying: “Hi Elton, we just wanted to say congratulations and that we are just so proud of you and that we were able to see you on your farewell tour also.” 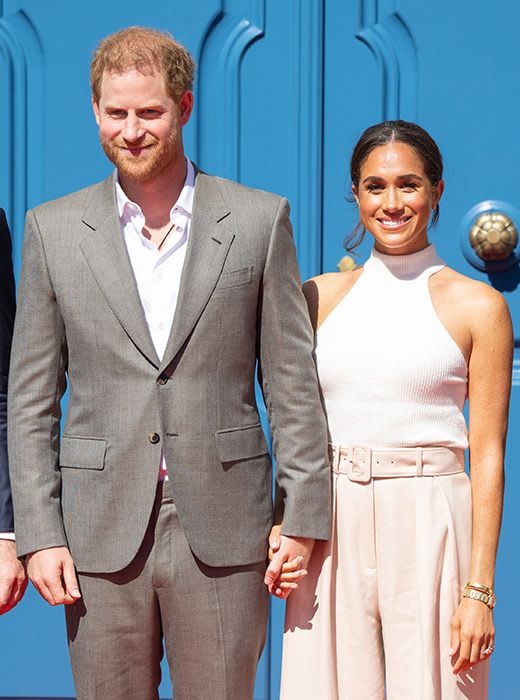 Harry and Meghan have been married since 2018

Harry then touched upon the couple’s friendship with Elton – and his bond with his late mother, Princess Diana. 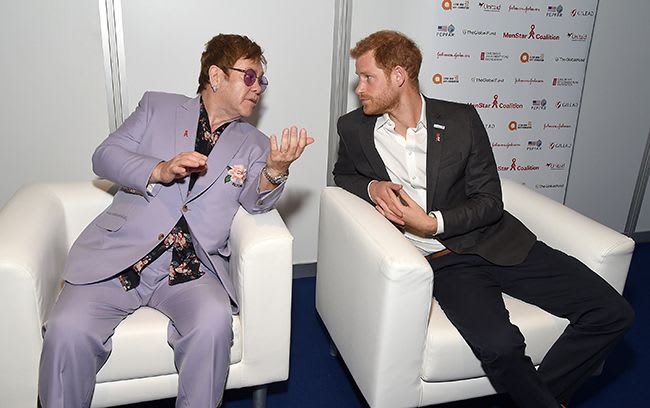 Sir Elton has been a good friend to the couple

“Even though this is officially your retirement, this won’t be your last gig, we know that, but we love you and congratulations on an incredible career.”

At the end of the clip, smiling Meghan leans her head on Harry’s shoulder before blowing a kiss to the camera.

The video appears to have been shot outside the offices for the couple’s Archewell organisation, with its logo just visible on the doors behind them.

Elton is known to have a close friendship with Harry and Meghan. Back in August 2019, the Rocket Man hitmaker defended the couple after they faced backlash for using a private jet.

Taking to Twitter, Elton defiantly penned: “I am deeply distressed by today’s distorted and malicious account in the press surrounding the Duke and Duchess of Sussex’s private stay at my home in Nice last week.”

He continued: “Prince Harry’s mother, Diana, Princess of Wales, was one of my dearest friends. I feel a profound sense of obligation to protect Harry and his family from the unnecessary press intrusion that contributed to Diana’s untimely death.

“After a hectic year continuing their hard work and dedication to charity, David and I wanted the young family to have a private holiday inside the safety and tranquillity of our home.

“To maintain a high level of much-needed protection, we provided them with a private jet flight. To support Prince Harry’s commitment to the environment, we ensured their flight was carbon neutral, by making the appropriate contribution to Carbon Footprint.”