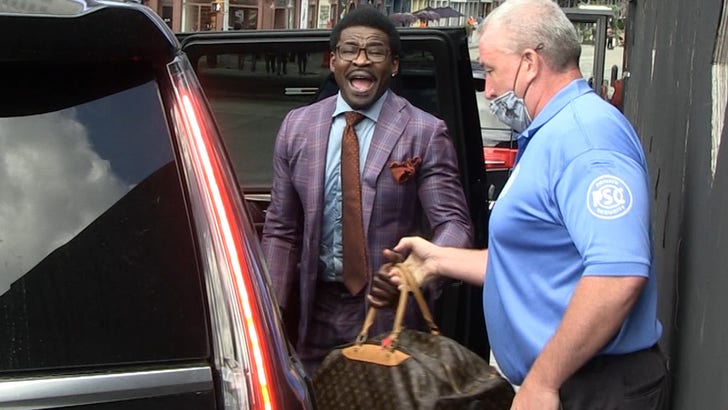 It ain’t Ja’Marr Chase, Trevor Lawrence or Kyle Pitts … no, the best rookie in the NFL at this point is Dallas Cowboys linebacker Micah Parsons — so says Michael Irvin.

The Playmaker made the claim to TMZ Sports out in NYC on Monday — just one day after Parsons terrorized the Chargers in Dallas’ 20-17 win.

Of course, it ain’t exactly a hot take … Parsons — the #12 pick in April’s NFL draft — has nine total tackles, 1 sack and 1 pass breakup in the first two games of the season so far.

Fifteen more games left in the season … Defensive Rookie of the Year hardware on the way after that?