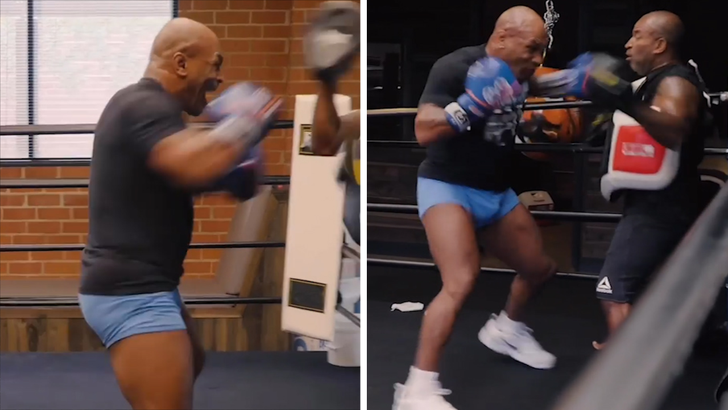 Mike Tyson accidentally duped fans with an intense sparring video he just posted on social media … because while a ton of people assumed the clip was recent — it’s actually a few years old.

56-year-old Mike looks incredible in the video … so we had to reach out to his camp to find out if he was training for any particular reason.

The vid had people excited — as a potential event could have been on the horizon.

As it turns out, we’re told the vid is a throwback from before his fight against Roy Jones Jr. … and Mike just wanted to share the moment with his 19.4 million followers.

As we previously reported, Mike recently dealt with a sciatica flare-up … which forced him to use a cane and wheelchair.

But, don’t give up hope just yet … ’cause you never know in the fight game. After all, Tyson’s just two years removed from the Jones fight.