A basketball jersey believed to have been worn by former President Barack Obama as a high school student in Honolulu could be yours.

The bidding has already begun for the white cotton-and-wool-blend garment bearing a blue No. 23, a number later famously also worn by Michael Jordan and LeBron James. Heritage Auctions, a Dallas-based company known for sales of sports memorabilia, coins, comics and movie posters, describes it as having been worn by Mr. Obama during his senior year at Punahou School when he was a member of the 1979 boys’ varsity basketball state championship team.

Mike Provenzale, a production manager for Heritage Auctions, estimated that the jersey could fetch upward of $100,000 (bidding stood at $30,000 as of late Monday afternoon). The main factors that drive the value of any collectible are rarity and popularity or influence of the player, he said.

“But no one has ever sold anything like this,” Mr. Provenzale said in an interview on Monday.

A handful of presidents’ golf clubs have been sold that were used during their time in office or before their political careers, he added.

The jersey is being sold by Peter Noble, who was three years behind Mr. Obama at Punahou School, according to the auction house. Mr. Noble, who could not be reached for comment on Monday, wore the same jersey in practices while on the junior varsity team and took it home because of his personal attachment to it, Mr. Provenzale said.

Mr. Noble was working for the school’s athletics department and rescued the jersey when the school bought new uniforms for the basketball team.

“Unfortunately, we cannot comment on the authenticity or the provenance of this jersey,” said Robert Gelber, Punahou’s director of communications. 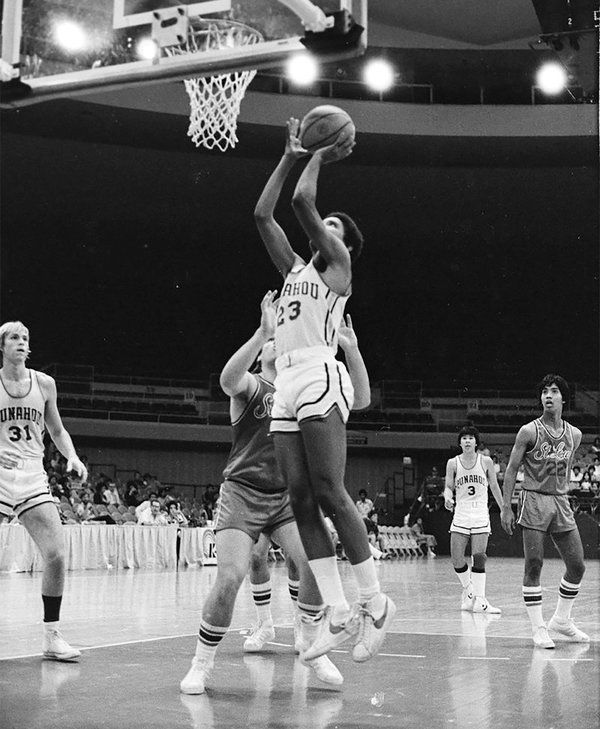 For his part, Mr. Obama, who did not respond to a request for comment on Monday, has long talked about the game’s significance to him. As The New York Times has reported, basketball was a way to make friends as one of only a few black students at the school in Hawaii’s capital and a source of comfort for a boy whose father was mostly absent. “At least on the basketball court I could find a community of sorts,” he wrote in his book “Dreams From My Father.”

Mr. Obama has remained a big basketball fan, playing during his political career with big names from the N.B.A. and the college circuit.

Described as a fierce competitor, Mr. Obama developed “a quick offensive style, a left-handed jump shot and relationships that have extended into the political arena,” according to The Times in 2007.

The court hasn’t always been kind, though. In 2010, he received 12 stitches in his lip after an opponent’s elbow inadvertently hit him. 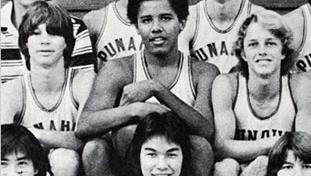 The jersey is currently on display at the National Sports Collectors Convention in Rosemont, Ill., outside Chicago, and will also travel to New York.

The bidding will close at 10 p.m. Central time on Aug. 17 and then will go into what is known as “extended bidding,” when only bidders who have previously put in an offer on the item can participate. The auction will end when a new bid is not matched for 30 minutes and the winner will be announced.

The highest bidder will also take home a 1979 yearbook featuring photographs of Mr. Obama on the court and a letter of authenticity from Mr. Noble.