Because marriage is an ever-evolving experience, we constantly shift, change and, in some cases, start over. In It’s No Secret, couples share thoughts about commitment and tell us what they have learned along the way, revealing their secret to making it work.

Occupations Both are pharmacists. Together they own and operate New London Pharmacy, a 70-year-old drugstore in New York.

Their Marriage 28 years, 10 months and counting

“John walked to the church first, then I walked with my family,” Ms. Ms. Mouzakitis-Fazio said. “Violins played in the background. My parents owned a hotel and restaurant nearby and cooked for the wedding the entire weekend.”

Ms. Mouzakitis-Fazio was raised in a sheltered Greek household. Her parents lived around the corner from the New London Pharmacy on 23rd Street and Eighth Avenue in Manhattan. In 1976, they gave her permission to work there part time as a cashier. Mr. Fazio was then a partner in the pharmacy.

He did, even though he was married at the time. Over the next two years, there were deep glances and flirting. The two would have breakfast or coffee together, they would hold hands, and he would walk her home.

“We would write little notes to each other, he would kiss me on my forehead,” she said. “A slow love was happening without either of us knowing it. I always wanted to be with him, talk to him, but it wasn’t allowed because he wasn’t Greek and he was married, but not happily.”

Ms. Mouzakitis-Fazio knew she had to find someone else, and in 1980 she met a man on a bus going from New York to Washington. “We were going to a rally for Cyprus to protest in front of the White House,” she said. “He was from the same Greek Island as my family and part of my Greek community. He had charisma. I made it O.K. in my mind, but it wasn’t.”

The two wed a year later. “At my wedding I kept wishing John would save me and marry me instead,” she said. “My husband made me quit my job, so I would call John once a week just to hear his voice.”

Ms. Mouzakitis-Fazio gave birth to a daughter. Two years later she got divorced and moved back home with her parents. In 1984, she returned to the two things that brought her comfort: New London Pharmacy and Mr. Fazio. This time she was promoted to technician, and simultaneously went back to school for a master’s degree in pharmacy.

“We quickly realized we still felt the same way about each other,” she said. “So I sent him a card telling him to meet me at the Hilton with the time and the room number and waited. I didn’t know if he would show but he did. It was magic.”

The pair continued to grow closer, she said. Mr. Fazio separated from his wife in 1989 and divorced a year later. During that time, he and Ms. Mouzakitis-Fazio moved in together. The following year he proposed in their kitchen. 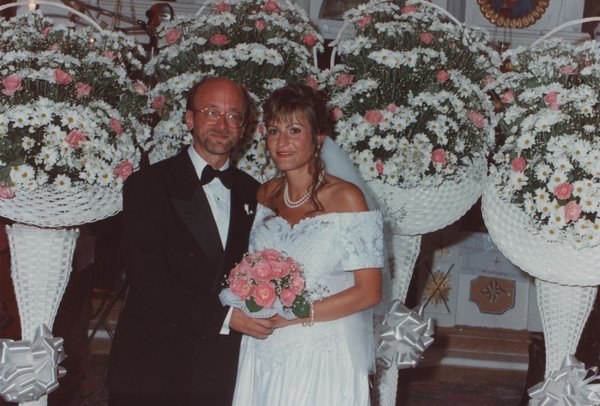 Ms. Mouzakitis-Fazio I’m the risk taker and dreamer. He makes something a reality and is more cautious and conservative. He’s compassionate, gentle, and gives great advice. He holds my hand when I’m afraid. He makes me feel loved and pretty. All my trust is in him. He was my savior. When I entered a room, I would have to find him first with my eyes and then I would feel at ease. I still do that. So does he.

We’ve learned what makes each other happy, to meet halfway and figure things out together. I’ve learned things will work out. I was afraid we wouldn’t have enough time because he’s older, so we make things count. He’s taught me patience, to be less judgmental, to not criticize, to reinforce positivity with our children. I’ve learned there are different, kinder ways to say something. He’s learned how to have fun, to relax and laugh more. He’s serious and thinks a lot. It took him a while to just sit and watch a movie.

I feel we have a more loving relationship than most people. We still go to hotels a few times a year, it helps us to stay connected.

From the first moment I met him, I knew we were meant to end up like this. It took us so long because we had to be ready for each other. But we found our way back. The person I became because of a bad marriage, from going to school and graduating, and being a single mother made me into the person ready for this relationship.

Mr. Fazio I was already married when I met Abby. We were very drawn to each other. We knew we had something special. But she was 16 and too young. I was willing to wait. I realized my first marriage wasn’t working. It wasn’t as real as I thought it was.

Abby was different than most of the girls — kinder, softer, not defensive, nice to look at and talk to. I loved watching her. I loved the way she talked and spoke. I still do. She’s the most dedicated wife and mother. She’s sensitive to other people’s needs. She’s stable. She makes me feel calm, reassured and comfortable. Her patience is better than mine. I’ve learned when you’re angry, don’t say anything until the next day. That way you’re calm and rational and you don’t say anything you don’t mean.

I’ve learned you’re half of something — together you’re part of a whole — that nothing happens you can’t resolve in two or three days within the family structure.

She’s given me strength and confidence. She makes me smile, even if she’s drinking a cup of coffee, and that makes me feel good.

We have the same goals. We understand what makes the other person tick, so we avoid pressing each other’s buttons. I get enjoyment in watching what makes her happy.

We used to have big parties with lots of people, but half of them are fake. By looking at each other everybody else would disappear. It was like that then, and now. I’d rather just be with her.

I didn’t realize what existed until I met Abby. I never stopped thinking about her. After she left, I wrote her letters every day for 10 years to keep our relationship alive. She kept each one. I didn’t think her coming back was a possibility, but we got a second chance. 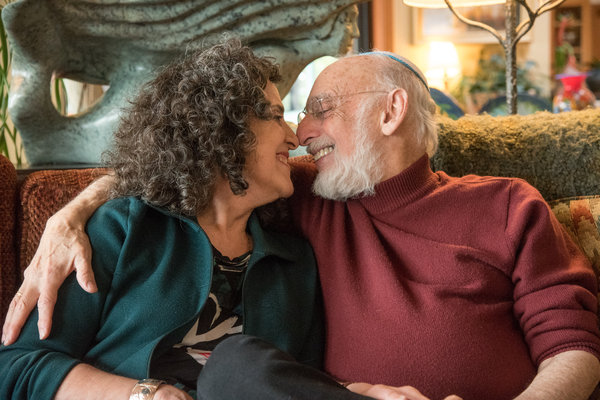 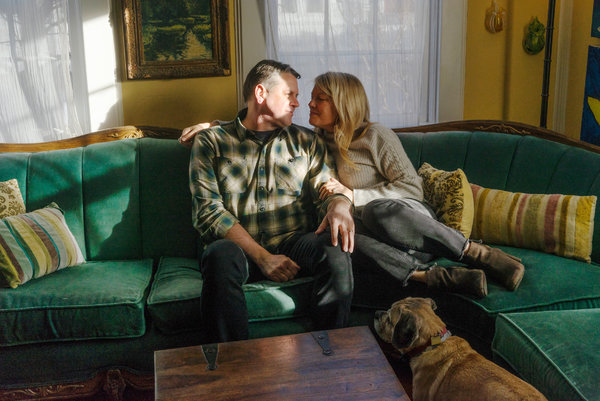