We can only assume Paul Scholes will receive many a pair of nail clippers this Christmas after he was mocked to no end after his daughter shared a clip of him chewing her toenails.

In the fleeting moment posted to her Instagram, where she now has over 80,000 followers, Alicia was seen filming her dad grasping her foot and seemingly chomping away at her nails.

Perhaps it comes as no surprise it’s now gone viral and on Monday the former Manchester United player was still being roasted by tickled social media users.

Despite the 20-year-old captioning the video on her Instagram ‘true love’, there isn’t a whole lot of love for the broadcasted moment.

According to SportBible, Liverpool fans were also heard chanting about the clip amid their team’s defeat of arch-rivals United 5-0 at Old Trafford, as Mo Salah netted a stunning hat-trick.

‘Mad how Paul Scholes could chew on his adult daughter’s toes and have it not be the most embarrassing thing a player from the Man Utd treble winning did this weekend,’ one chimed in, in regards to the team’s game over the weekend. 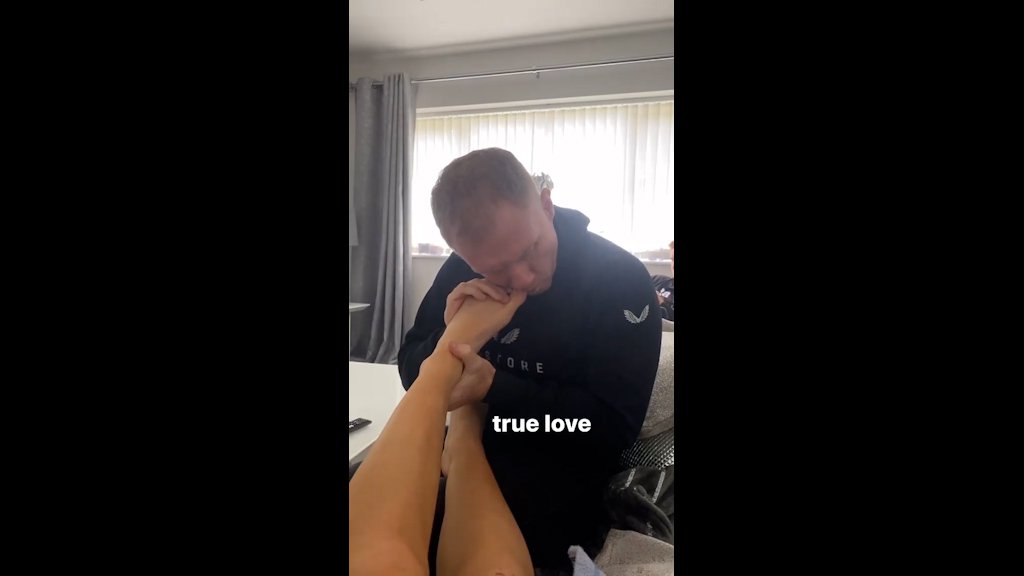 It was a themed response, as another echoed the same sentiments: ‘Scholes must be sat at home spitting feathers, and toenails.’

Betting agency Paddy Power even took a bite, writing on Twitter: ‘The atmosphere has really dropped in the stadium, can only assume that the crowd have been shown the Paul Scholes video.’

Scholes – who is now a football pundit following his 499 appearances for the famous Manchester club and 66 caps for England – is yet to publicly comment on the video, but has not been silent, as he shared his thoughts on Man United’s recent defeat.

It’s not the first family controversy, after the Red Devils icon allegedly angered neighbours after a New Year’s Eve party at the family mansion in Oldham, which was under Tier 4 Covid rules at the time.

In snaps posted to social media on January 1, Alicia was seen dressed as an angel beside eight of her girlfriends, while her brother Arron, 21, was snapped with his friends at the same party.