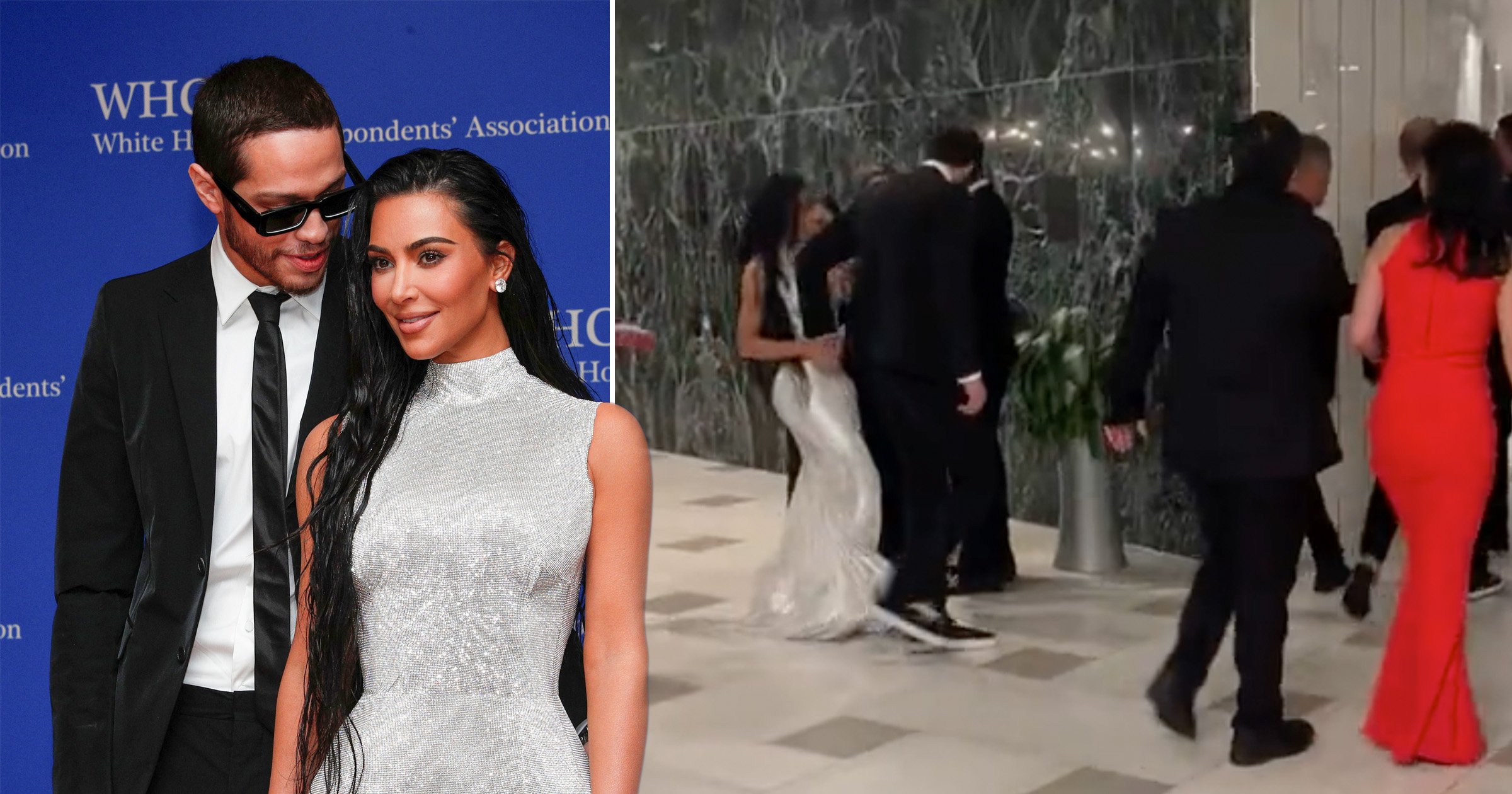 Over the weekend, Kim Kardashian and Pete Davidson finally made their loved-up red carpet debut, holding hands as they attended the White House Correspondents’ Dinner.

Holding onto the Saturday Night Live comedian proved vital for the reality star, as a video captured of the couple at the event revealed how she almost took a nasty tumble in her floor-length silver Balenciaga gown.

In the clip, which was shared on Twitter, the couple were seen surrounded by other people in black tie attire, presumably also attending the glitzy dinner.

Kim, 41, was holding Pete’s hand as she turned a corner… which is when she slipped backwards, perhaps on the shiny floor or on the skirt of her dress.

Fortunately, Pete, 28, was there to stop her falling to the ground, as the Skims entrepreneur grabbed onto her partner’s arm with her spare hand.

She recovered smoothly as the camera zoomed in on her, as a man behind her – possibly a part of her entourage – stood behind with his arms outstretched in case he needed to catch her.

Kim was all smiles as Pete nuzzled his girlfriend while posing for photographers at the event, the comedian donning a relaxed black suit ensemble synonymous with his signature style.

The Kardashians star had her hair styled in a wet look and worn down, with her tresses reaching her waist.

In one of the photos, she looked down while holding Pete’s hand as he stuck out his tongue, with another snap showing him helping her into the car.

The final image on her post featured a close-up shot of them holding hands, almost two months after Kim finally broke her silence on their relationship.

Over the weekend, Kim was photographed supporting Pete at his first stand-up gig in three years, during which he joked about her ex Kanye West.

Unbreakable line-up: Which celebrities couples appear in the BBC show? | The Sun
Lifestyle