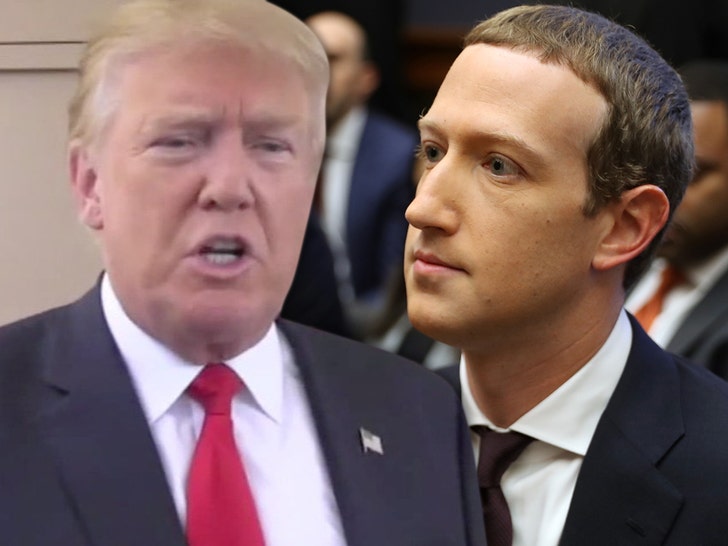 Mark Zuckerberg is keeping President Trump in social media timeout indefinitely … and Trump is being muzzled at least until President-elect Joe Biden‘s inauguration.

Zuck announced Thursday he’s extending Trump’s Facebook and Instagram ban at least two more weeks until the inauguration on Jan. 20 … saying it’s too risky to let the President post whatever crops up in his dome. 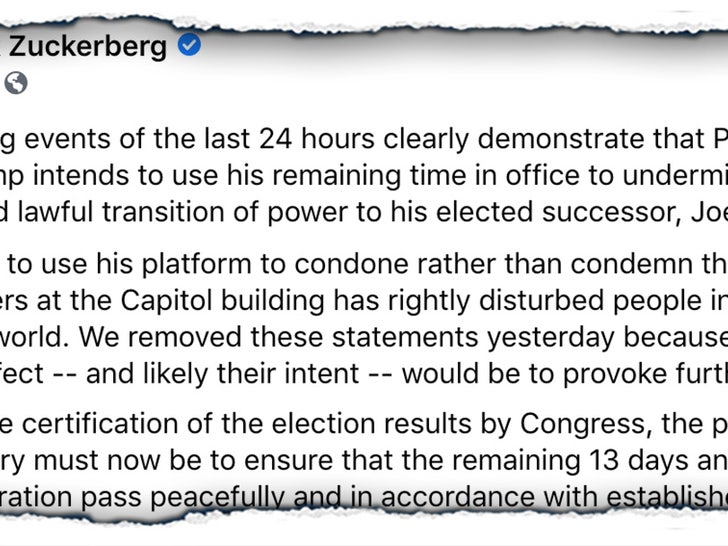 Zuckerberg says FB and IG didn’t have a problem with Trump posting whatever he wanted over the last 4 years, other than occasionally removing content or slapping warning labels on Trump posts, but the attempted coup changed the game forever.

Zuck’s change of heart goes like this … he says, “the shocking events of the last 24 hours clearly demonstrate that President Donald Trump intends to use his remaining time in office to undermine the peaceful and lawful transition of power to his elected successor, Joe Biden.”

So, now Trump needs a plan B to get his message out.  He hates TV and online news, he can’t go on social media … so the walls are closing in on him.

That said, he has 13 days left. In case you haven’t heard, there’s something else that lasted 13 days … the Cuban missile crisis, where we narrowly averted nuclear war.