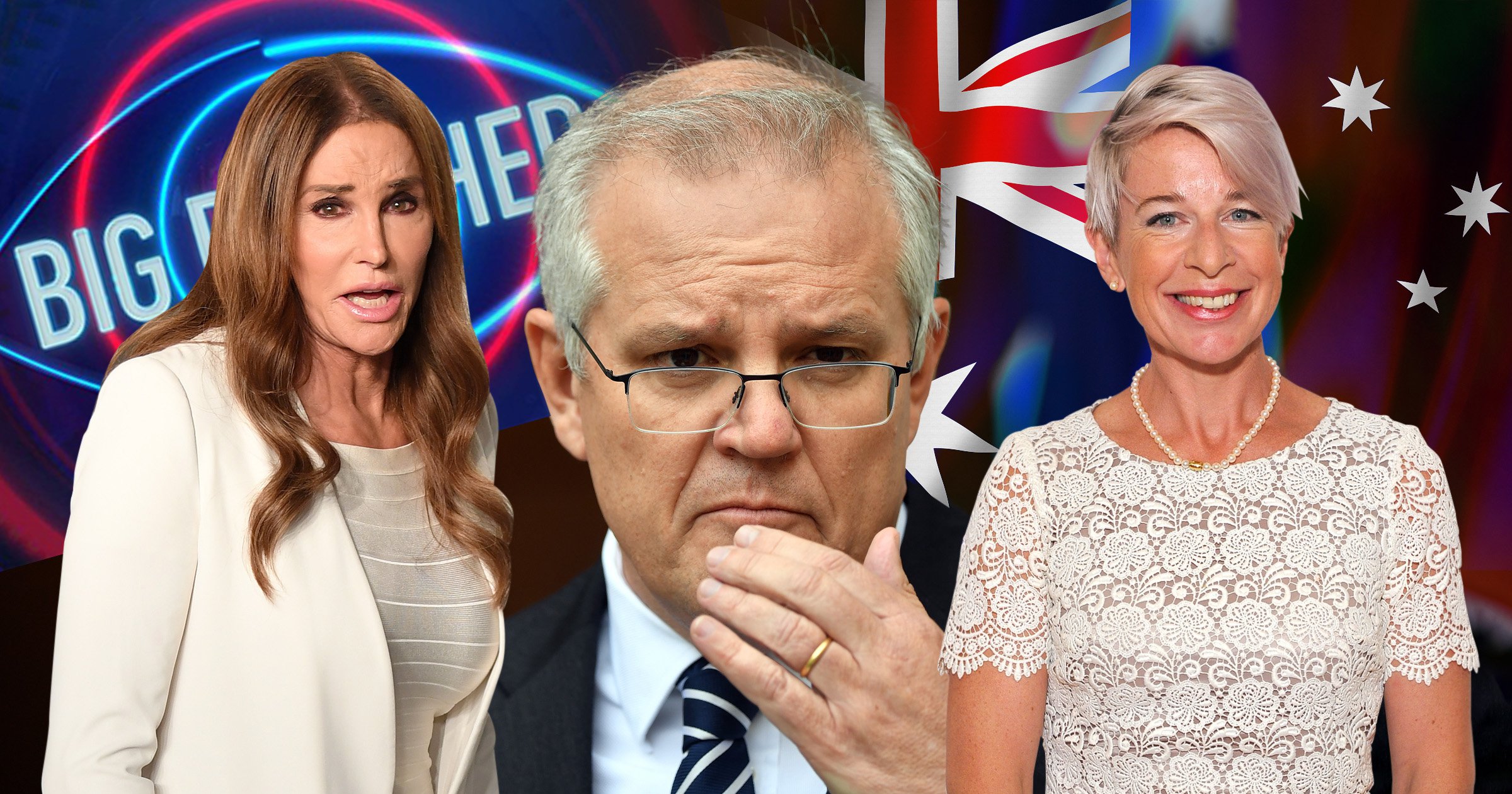 I love entertaining TV as much as the next person (if not more, due to making a living off it) but the blatant side-lining of Aussie citizens in favour of D-list celebrities for low-brow reality telly is the harshest blow yet.

I’ve not seen my parents, nor some of my closest friends, since June 2019 (yeah, yeah, get your tiny violin out, I know), and while you may well argue it was my own darn fault for moving 16,000 kilometres to the other side of the world several years ago when coronavirus was but a glimmer in a bat’s eye, this apparent rolling out of the red carpet for the stars is one mighty slap in the face.

According to the most recent murmurs, while I could travel to Croatia and sun myself on the shores with so much as a cotton tip up the snoz to get me on the plane, Australia’s borders are set to remain closed well into next year.

Unless you’re Caitlyn Jenner, or Katie Hopkins, or related to Meghan Markle, of course.

Big Brother VIP – the country’s answer to Celebrity Big Brother – is on the brink of premiering Down Under and, according to whispers and sources who apparently caught wind of the cast list, there are some big international names flying into the country, quarantining for two weeks, to then get locked up in another enclosed space for however long the Australian public deems them entertaining enough.

Right now a trip back home is possible only should I be lucky enough to find an airline flying to Australia and rich enough to fork out for a seat on one of its planes. Then there’s the $3,000 (£1.6k) fee for the pleasure of a 14-day quarantine in a hotel not of your choice on the other side. On the other side of it, my parents aren’t allowed to leave the country to come here, either (even if Australia is on the green list for the UK).

While I may sound like a whinging brat right now, I’m not mad that Australia has closed its borders in order to protect its residents. I’ve travelled in and out of the great land enough times to know how serious it takes its biosecurity (cut to 10-year-old Mel distraught a rock-filled maraca she got on holiday would be smashed to smithereens by a stern-looking customs warden, out of fear it may be harbouring pests that would Thanos Snap the local flora and fauna from existence).

What I’m increasingly dismayed to see is how easily it seems to be for mildly famous punters and/or sportspeople to have the red carpet rolled out for them, I can only assume because they’re making money for the government. Money for the government is good. But so is a robust and speedy vaccine program which is the way out of this pandemic and, as the statistics will show you, not happening in Australia.

But sure, prioritise the reality stars.

It’s said these stars are able to fly into the country on ‘critical skills’ visas, but I can think of many an Australian celebrity they can shove in that house that will cause more chaos than a Californian Governer-hopeful.

Why, when at last count, 34,000 Aussies are stranded overseas – and they’re just the ones who have registered with DFAT (Department of Foreign Affairs and Trade) – can’t ScoMo read the room?

Big Brother broadcaster Seven has insisted these stars aren’t taking away critical spots set aside for citizens and residents, after the 6,070 weekly cap on international arrivals halved earlier this month to 3,035, making it even harder to get into Australia, even in an emergency.

Be that as it may, what makes appearing on a TV show a ‘critical skill’ in the grand scheme of things? I’m an entertainment journalist, I can’t talk… but I’m also not being allowed entry into a fortress of a country off the back of it.

Now, I’ll back any reality star and their important place in the pop culture sphere any day, but when so many Aussies can’t so much as hug their loved ones, the fact Katie Hopkins – who was put on a plane home after she joked about breaking quarantine rules – has got closer to my parents than I have in two years stings, man.

I’m sure the good viewers of Big Brother can handle one year that doesn’t feature an international star.

You could borrow an argument from the Kourtney Kardashian school of thought and say to me, ‘Kim there’s people that are dying’ and I’d argue the same thing for letting these international stars come make a quick buck in a country that won’t let its own citizens in, or out.

In the early throes of the pandemic, Australia became a haven for filmmakers, due to the fact for a lot of the past 18 months – bar some pretty heavy lockdowns in cities such as Melbourne and Sydney – residents have been living with some level of freedom. I mean, only very recently my dad asked me whether the blue on his surgical mask goes on the inside or out after he finally had to begin wearing one. On the whole, for many, life’s been relatively hassle-free there.

But in the past few weeks, major cities have been plunged into harsh lockdowns due to outbreaks of positive cases, which I fear has only pushed back any hope of coming in or out of the country from the not-near-future to who-the-eff knows.

But again, bring in the international stars for a little razzle dazzle.

For all my ranting, I don’t know what the solution is to get out of this pandemic, or, at the very least get it to the stage where ScoMo feels confident in unlocking the gate. But I sure know it doesn’t help to see the rich and famous fly over the borders with a flourish to spend what may be only a few days on the TV. I sure hope it’s bloody worth it.